Hulu Will Roll Out ‘Pause-vertising’ This Spring With Still, Silent Ads 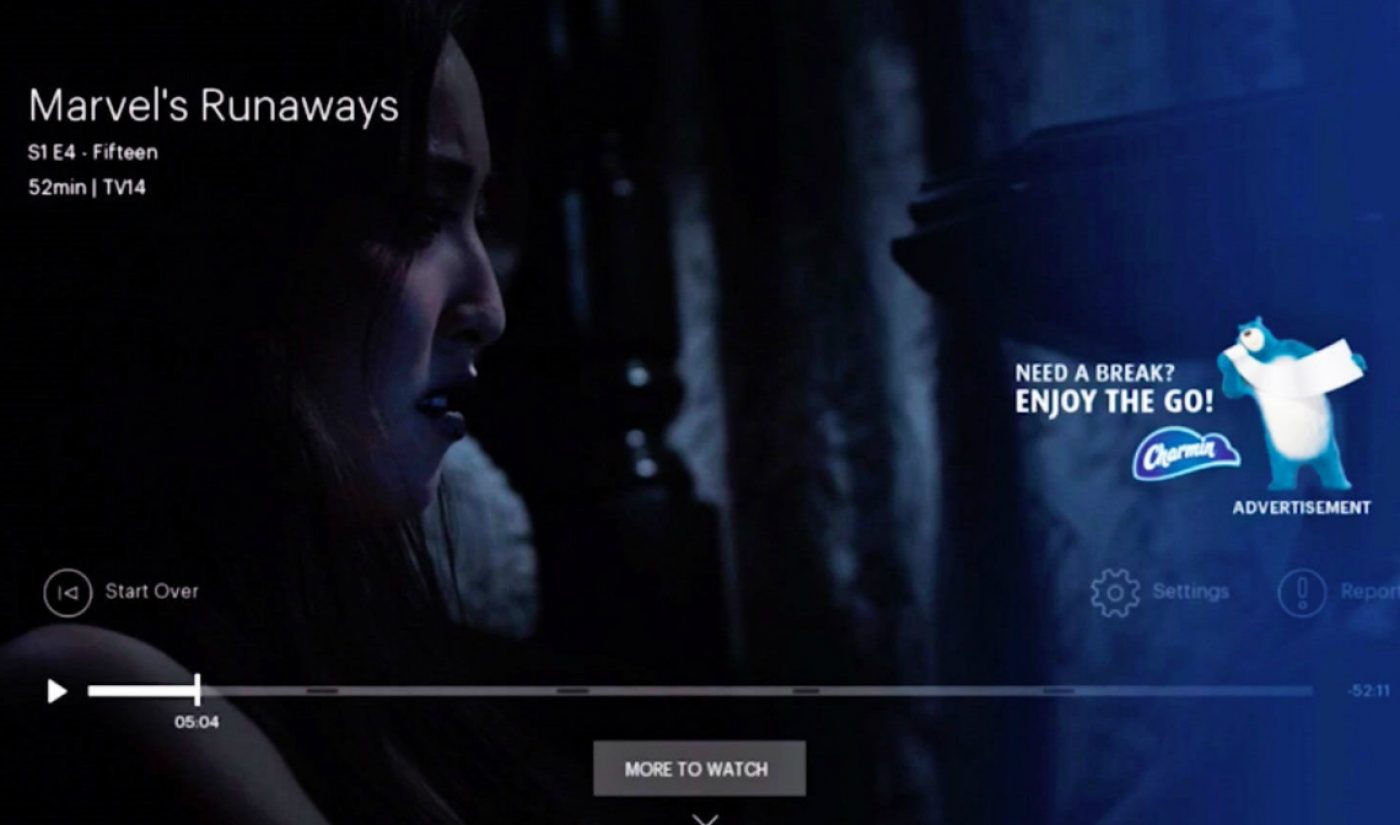 The idea, first floated by Hulu in December, is that when a user chooses to pause a TV show or movie, it’s a “natural break in the storytelling experience” — and thus a prime time to serve them an ad, Jeremy Helfand, Hulu’s VP and head of advertising, said at the time.

Now, Hulu has revealed that the first fleet of pause ads to take advantage of that prime time will roll out this spring, advertising products from Coca-Cola, Charmin, and Procter & Gamble. All ads will be silent, still images specifically intended to be “non-disruptive and user-intiated,” Janette Yauch, Charmin’s brand director, told Variety.

She added that Hulu’s new campaign is a “unique an unexpected experience” for subscribers, and a way for brands to “reach their audiences at the right time with the right message.”

These ads will only roll to Hulu subscribers on the platform’s basic, ad-supported tier (the price of which was recently slashed to $5.99 per month). Hulu and the companies involved reportedly will treat the rollout as a test period, and intend to examine data collected about how viewers react to pause ads.

Hulu’s innovation is interesting but not all that surprising. Platforms have long been struggling with how to net ad revenue from a consumer base that is increasingly adphobic. Hulu itself tried a new tack in September, offering ad campaigns that matched the themes of its original shows. A month before, competitor Netflix experimented with what it called “surfacing recommendations” — in practice ads that offered viewers glimpses of Netflix’s other original projects. And earlier last year, AT&T revealed plans to introduce pause-vertising to DirecTV customers sometime this year, with ads that roll whenever customers pause live TV.