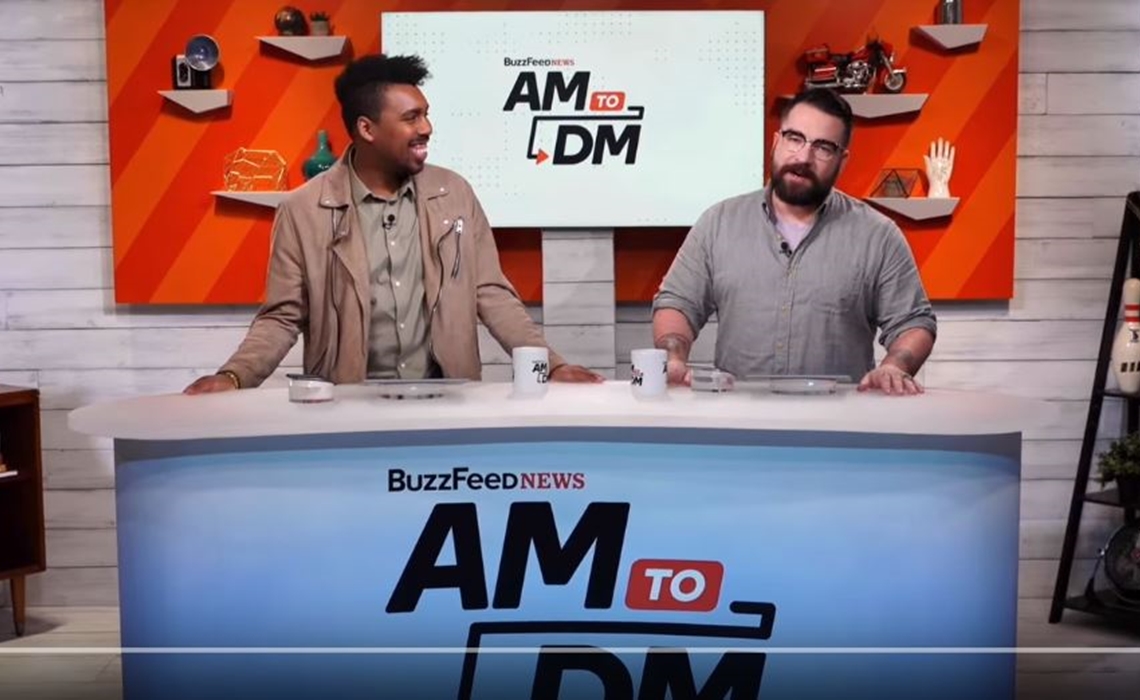 BuzzFeed’s morning news series AM To DM, which has aired weekdays on Twitter since September 2017, has been renewed through 2019, BuzzFeed and Twitter confirmed yesterday.

Hosted by Saeed Jones and Isaac Fitzgerald, AM To DM seeks to navigate the biggest news stories of the day “with heart and emotion that is often absent from cable news and morning television,” BuzzFeed says. In the last year, the venture has produced roughly 200 shows and welcomed 500 guests including Kamala Harris, Noah Centineo, and Jada Pinkett Smith.

In 2019, AM To DM will roll out a handful of specials tied to major cultural events that are being widely discussed on Twitter, and will also offer brands the opportunity to integrate. This includes shows around award show nominations, Black History Month, back-to-school season, and more. AM To DM will also continue to feature in-depth conversations with noteworthy entertainment industry figures in its ‘Highly Recommended‘ segment, and plans to incorporate more content from other divisions of its parent company, including BuzzFeed Media Brands, BuzzFeed Originals, and viral recipe haven Tasty.

BuzzFeed says that AM To DM — which airs weekdays at 10 am ET — derives millions of views each week between its live stream, on-demand reposts, and shorter clips and highlight segments that also live on Twitter.

“The show is succeeding because it reaches our audience where they are — with short, mobile-friendly segments — while bringing the intense cultural relevance of the best TV,” BuzzFeed’s VP of news and programming, Shani Hilton, wrote in a memo to staffers. She added that the show has “played a central role in conversations on everything from TV to the 2020 political campaign.”