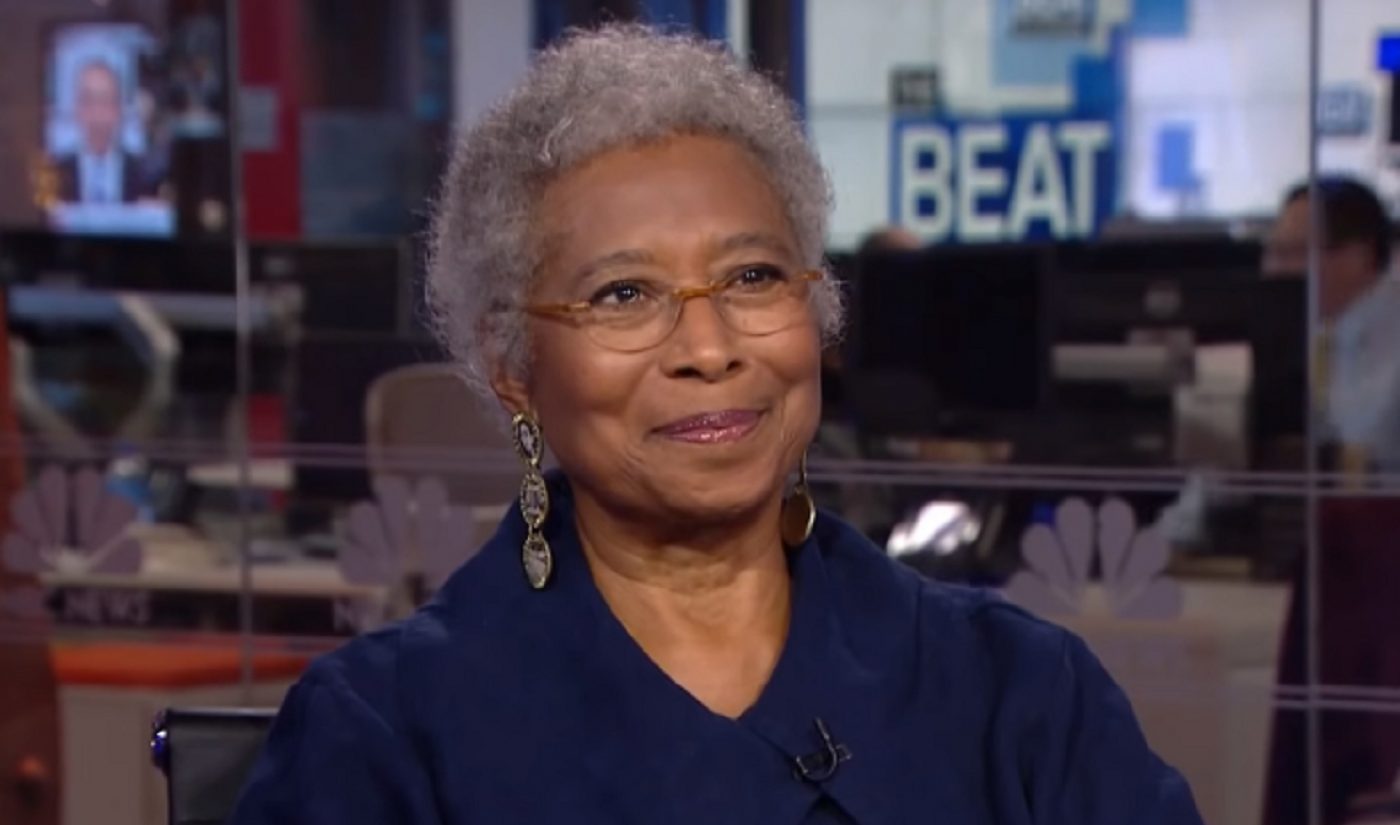 Pulitzer Prize-winning author Alice Walker, who wrote The Color Purple, recommended that people go to YouTube if they want to learn how the “poison” of the Talmud — the primary source of Jewish religious law and theology — “winds its way into our collective consciousness.”

Walker and The New York Times are under fire for an interview published Sunday, recommending the book And the Truth Shall Set You Free by noted conspiracy theorist David Icke. Icke’s book, which Walker called “a curious person’s dream come true,” lauds the ideas of The Protocols Of The Elders Of Zion — an anti-Semitic propaganda text said to have originated in Russia in the early 1900s that claims to describe a Jewish plan for world domination. Icke is also a frequent YouTuber (with nearly 550,000 subscribers), who uses the platform to talk about his belief that the world is run by lizard people.

After the publication of the Times interview, people called attention to Walker’s previous anti-Semitic comments, including a poem she published last year. In the poem, she suggests those who want to understand their “ancient history of oppression” at the hands of Jewish people should go to YouTube.

“I recommend starting with YouTube,” she writes. “Simply follow the trail of ‘The Talmud’ as its poison belatedly winds its way into our collective consciousness…Some of what you find [there] will sound too crazy to be true. Unfortunately those bits are likely to be true.”

Walker was apparently following Icke’s YouTube career back in 2015. Then, she recommended readers of her website watch a video he made with the infamous — and now banned — conspiracy theorist Alex Jones, saying she believed Icke had been “called to a duty it is impossible to evade.” (The video has since been deleted, so it can’t be ascertained exactly what she recommended. Icke uploaded this video in 2014, in which he explained the concept of reptilian overlords to Jones for over an hour.)

YouTube has a longstanding problem with conspiracy theory content. Theories that regularly circulate on the platform include ‘flat earth’ and the suspicion that the moon landing was fake, the belief that Sandy Hook and other mass shootings are ‘false flag’ attacks where no one really died, and ‘QAnon‘ (which wraps in several theories, including that elite celebrities are involved in running child sex rings and that Donald Trump really knows what he’s doing with respect to the Robert Mueller investigation, and supporters must trust his plan).

The problem YouTube’s critics have is not that the content is uploaded in the first place, but that YouTube keeps it around unchecked and that the platform’s algorithm promotes it to viewers. Former YouTube engineer Guillaume Chaslot, who worked on the site’s algorithm from 2011 to 2013 and then left to start a transparency site about how it works, said in November that the algorithm serves up conspiracy theory content “because it yields large amounts of watch time, and watch time yields ads.”

Most recently, Google CEO Sundar Pichai was asked to address YouTube’s conspiracy issues at his Congressional hearing about data privacy and other concerns. When asked by a Democrat rep why YouTube is “allowing racists, anti-Semites, and proponents of other extremist views to use the platform as an online library for spreading their ideas,” Pichai was noncommittal. “This is an area we acknowledge there’s more work to be done,” he said.

A spokesperson for the New York Times told The Washington Post that the paper would not edit Walker’s interview to provide information about Icke’s beliefs.

“Our editors do not offer background or weigh in on the books named in the By the Book column, whether the subject issues a positive or negative judgment on those books,” they said. “Many people recommend books Times editors dislike, disdain or even abhor in the column.”