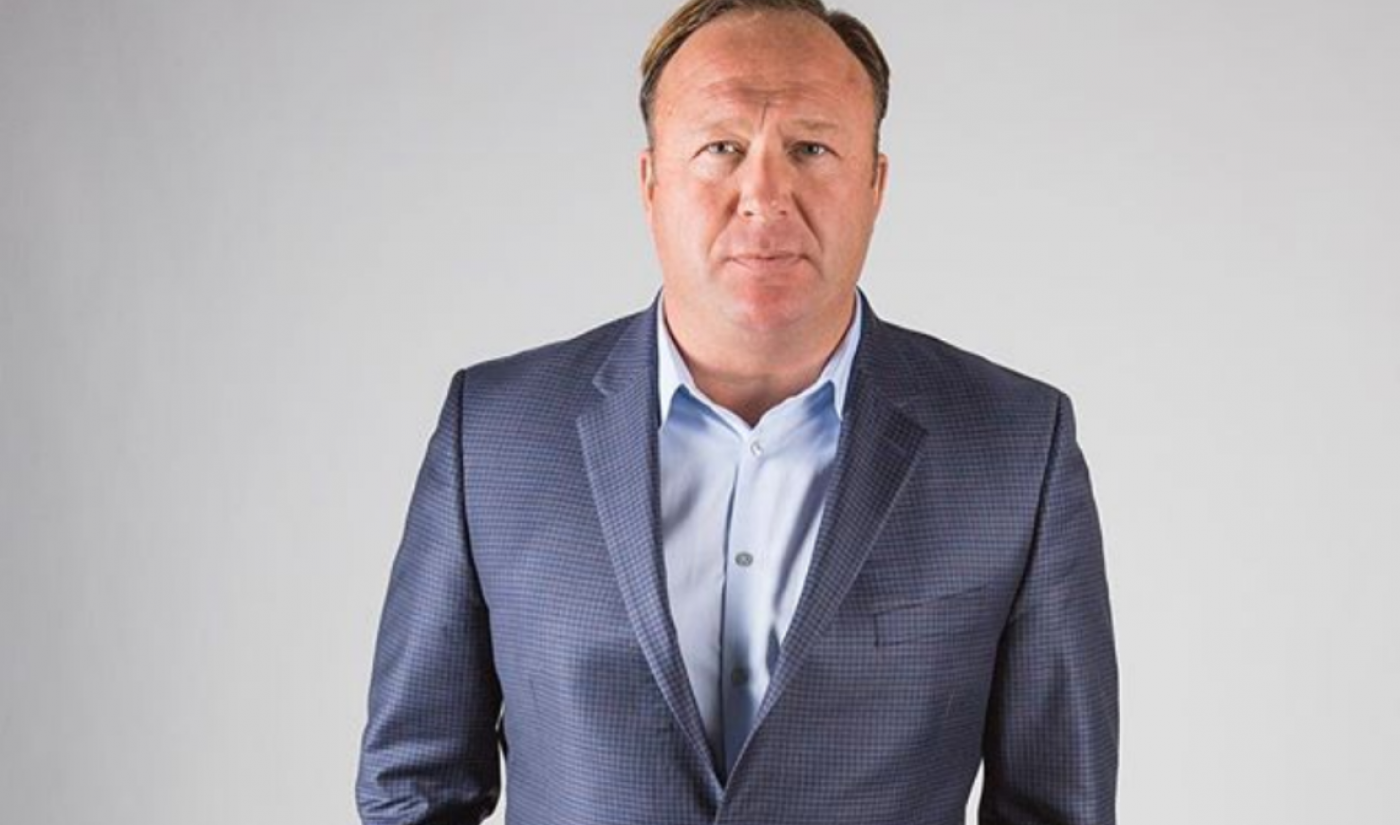 YouTube, Facebook, Apple, and Spotify have each in the past 24 hours removed content created by Alex Jones and his Infowars site from their respective platforms, citing violations of hate speech policies. Jones, a conspiracy theorist who has alleged that the massacres at Sandy Hook Elementary School in Newtown, Conn., and Stoneman Douglas High School in Parkland, Fla., were faked by the government, has received multiple strikes from YouTube this year — most recently for hate speech and child endangerment.

This morning, YouTube pulled many of Infowars’ channels, including The Alex Jones Channel, where Jones livestreamed his weekdays-and-Sunday talk show. Per CNN, at time of pulling, the channel had 2.4 million subscribers and more than 1.5 billion views.

In a statement to Time, a YouTube rep said that when users repeatedly violate policies against hate speech and harassment, “we terminate their accounts.”

Facebook, Apple, and Spotify also yanked Infowars. Apple, citing violations of hate speech guidelines, wiped five of six Infowars podcasts, including The Alex Jones Show, off of iTunes, leaving only Real News With David Knight. For its part, Facebook removed Infowars’ main page, as well as three offshoots, noting “repeated violations of community standards,” per Time. And Spotify, which had already removed some episodes of The Alex Jones Show, cut all remaining episodes this morning, but left four other Infowars podcasts available.

Jones released statements via text message to The Washington Post, calling the decisions “a counter-strike against the global awakening.”

“We’ve seen a giant yellow journalism campaign with thousands and thousands of articles for weeks, for months, misrepresenting what I’ve said and done to set the precedent to de-platform me before Big Tech and the Democratic Party as well as some Republican establishment types move against the First Amendment in this country as we know it,” he said. “You’re on the wrong side of history mainstream media. You sold the country out, and now you’re going to pay for it.”