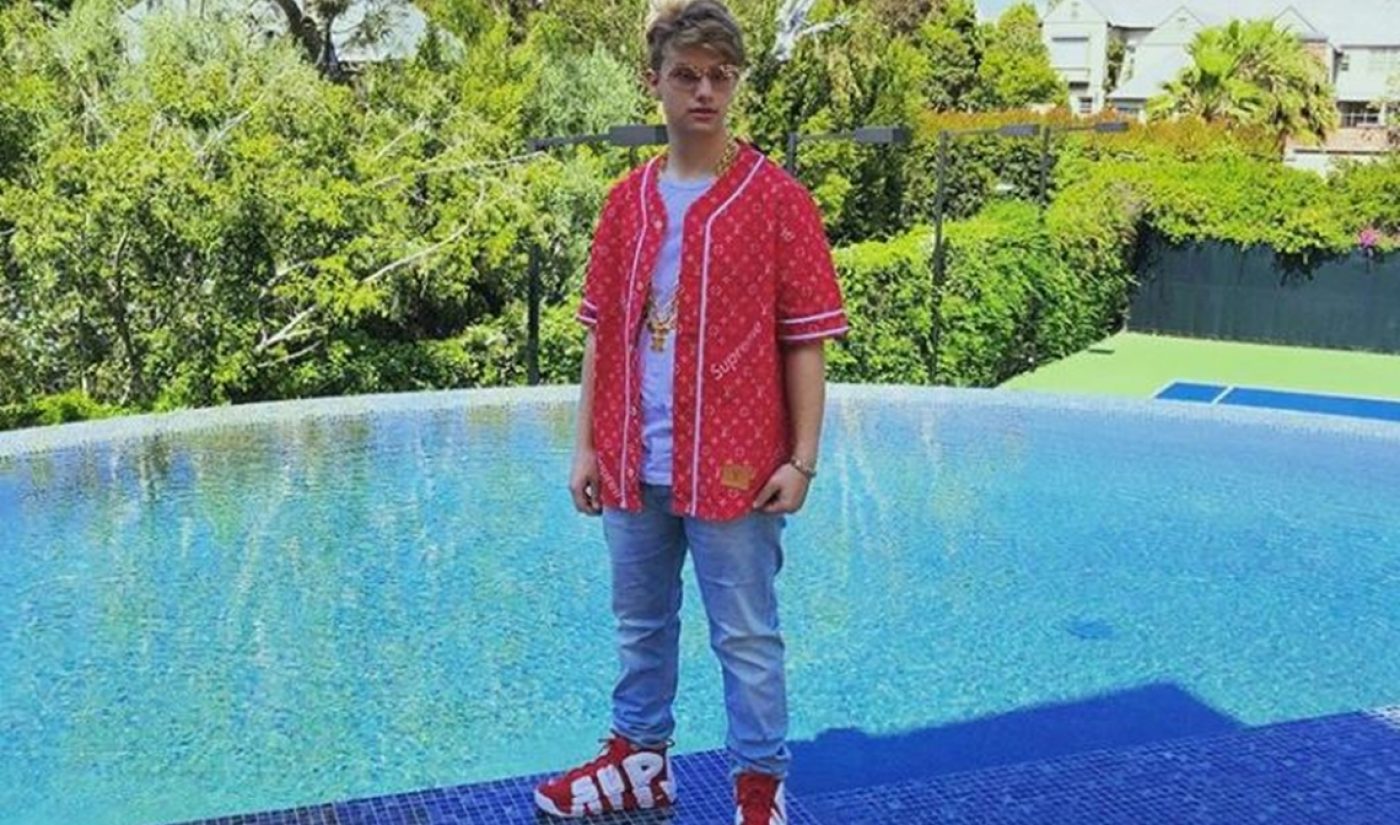 Yet another YouTube star has thrown his influence — as well as a boatload of cash — behind Felix ‘PewDiePie’ Kjellberg in his bid to fend off Bollywood production firm T-Series from dethroning him as YouTube’s most-subscribed channel.

Sixteen-year-old Justin Roberts, who is a member of Jake Paul’s Team 10 vlogger posse — and whose comedy videos have amassed 1.2 million subscribers on his own channel — documented the process of purchasing a billboard in New York’s Times Square in order to encourage passersby to subscribe to PewDiePie.

The video kicks off with Roberts spending $1,000 to fly from Pittsburgh — where he is celebrating Thanksgiving with his family — to New York City, all while urging a graphic designer friend to help him helm the artwork in a matter of hours. Once he’s on the ground, Roberts calls another friend, Max Modell, whose father happens to own the Modell’s Sporting Goods retail chain — which operates a store in Times Square — to help him ascertain some billboard real estate. (Roberts’ father is also a wealthy entrepreneur: the sports management and real estate tycoon Marc Roberts).

Eventually, the stunt comes together on one of Times Square’s biggest digital billboards — right next to the contraption on which the famed ball descends every New Year’s Eve. “Mr. Beast, I challenge you to do better than me,” Roberts says as the graphics flash behind him, “and do something even more insane than me to get PewDiePie even more subscribers.”

This isn’t Roberts’ first billboard, either — he acquired a similar ad for Team 10 last December.

While Roberts claims that the billboard cost him $1 million, it’s unclear whether he actually purchased the spot — due to his impressive network of connections. That said, Times Square ads can cost marketers a pretty penny. Forbes notes that, like Roberts, several K-Pop fans have purchased ads for their favorite musicians to the tune of $30,000 for a 15-second spot that recurs on an hourly basis for one week. And Business Insider reports that companies can pay between $1 million and $4 million for a year’s worth of Times Square billboards.