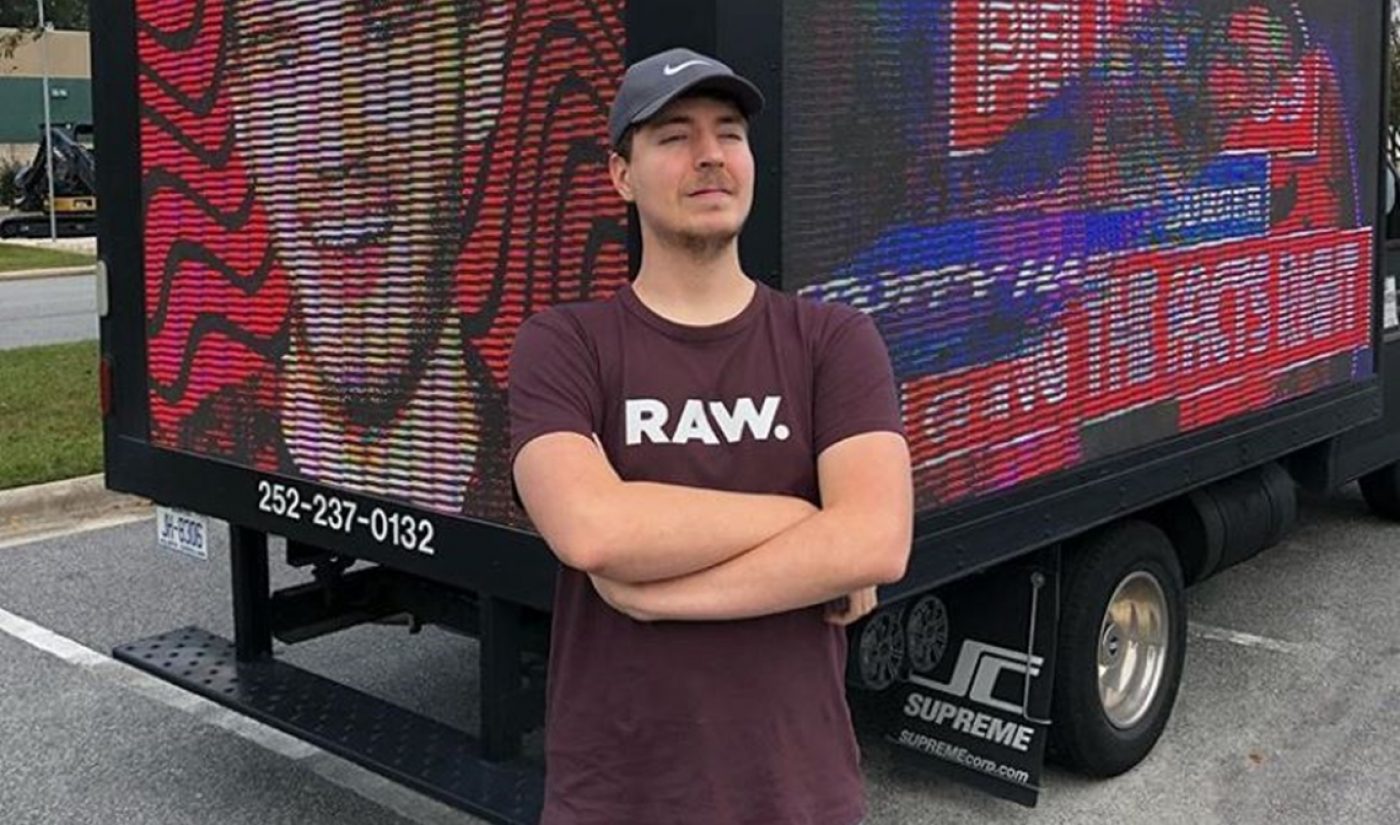 In October, Donaldson — who has amassed 11 million subscribers on his own channel thanks to outlandish stunts and social experiments — purchased space on every billboard in his town to promote PewDiePie, whose real name is Felix Kjellberg. And yesterday, Donaldson concocted another eye-popping stunt whereby he said the name ‘PewDiePie’ 100,000 times over the course of a nearly 12-hour YouTube stream. Thus far, the video (below) has been watched by 2.4 million people, and is currently at No. 34 on YouTube’s ‘Trending’ chart.

Donaldson says his larger plan is to widen the immediate gap between Kjellberg and T-Series, buying him enough time to get the proper paperwork to travel to India so that he can purchase billboards in T-Series’ home country. If Kjellberg is able to maintain his lead until February, Donaldson says he’s weighing the prospect of a Super Bowl commercial.

At the outset of the stream, Donaldson says he will be doling out titular rewards — with Kjellberg’s blessing — to members of the Bro Army (which is what Kjellberg calls his legions of fans) who aid him on his quest. Viewers who recruit all of their family members to subscriber to PewDiePie will be considered ‘Privates’ in the Bro Army; those who share a ‘subscribe to PewDiePie’ message on Instagram, Snapchat, and Twitter will receive the rank of ‘Corporal’; and those who recruit their entire school class to subscribe to PewDiePie will be considered ‘Generals’.

Per Donaldson, the stunt has already had a palpable effect — widening the gap from 80,000 to 180,000 subscribers yesterday evening. At press time, PewDiePie has roughly 206,000 more subscribers than T-Series.

The sub gap between Pewdiepie and T-Series went from 80k to 180k subscribers. THATS NOT GOOD ENOUGH, I WANT MORE SOLDIERS!