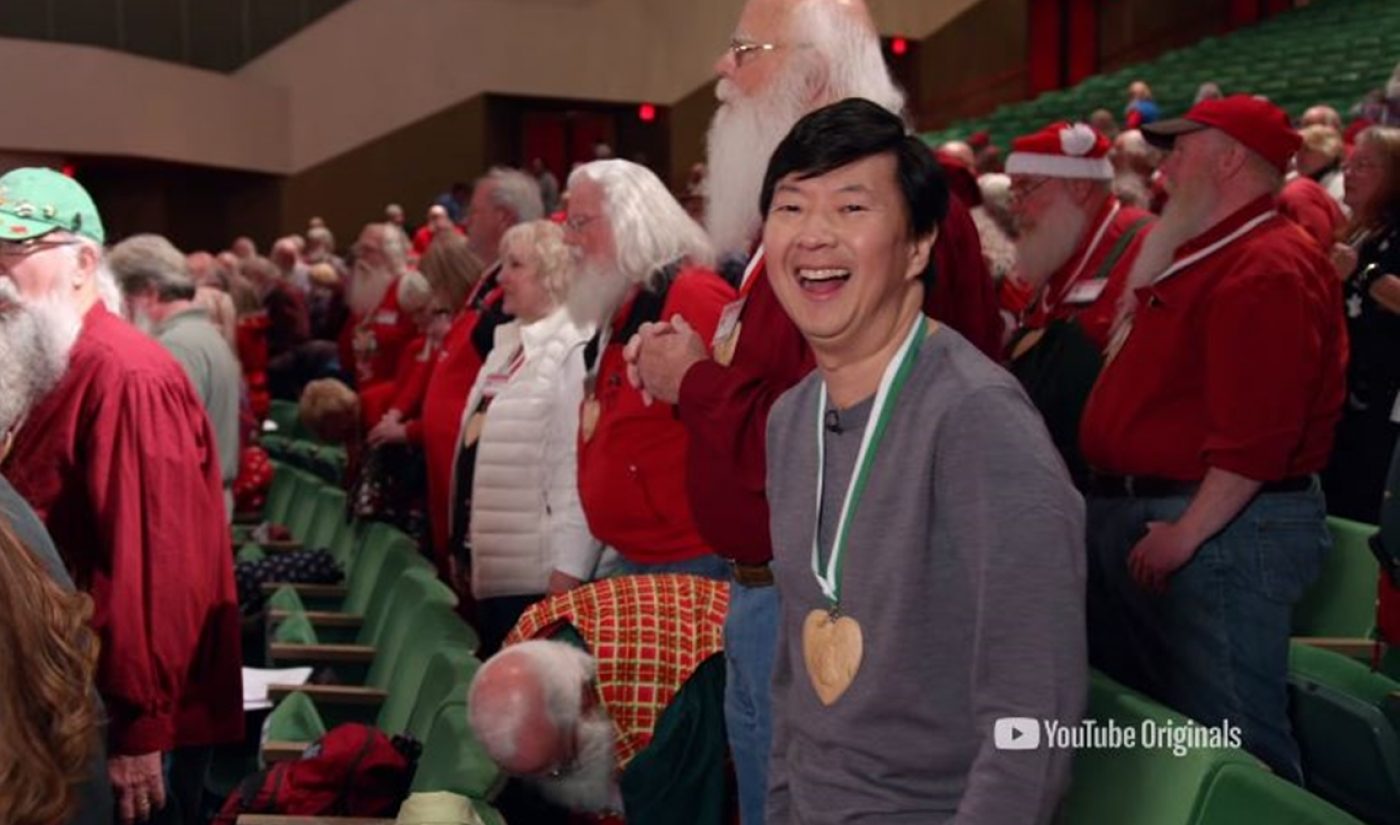 YouTube is getting into the holiday spirit with Ken Jeong, the physician-turned-comedian who has appeared in The Hangover, Community, and, most recently, Crazy Rich Asians.

Jeong will headline a holiday special called Ken Jeong Cracks Christmas, created alongside Sony Pictures Television and BuzzFeed, and airing for free on BuzzFeed’s YouTube channel on Dec. 12. Over the course of the 30-minute special, Jeong and a handful of celebrity friends — including Angela Kinsey, Joel McHale, and Harry Schum Jr. — will embark on a comedic quest to uncover the pop culture myths and unexpected stories behind Christmas. Jeong — who is a self-proclaimed holiday fanatic — will become an honorary elf, visit the American Contemporary Ballet, and carol with the Gay Men’s Chorus in Los Angeles.

Ken Jeong Cracks Christmas is produced by Sony, Just Entertain, and DK Entertainment. Justin Hochberg developed the series, while Isaac Feder will direct. YouTube has launched several holiday-themed originals in years’ past, including The Keys Of Christmas (which Hochberg produced) with Mariah Carey and Rudy Mancuso, and the Liza Koshy-starring Jingle Ballin’.

Check out the trailer for Ken Jeong Cracks Christmas below: