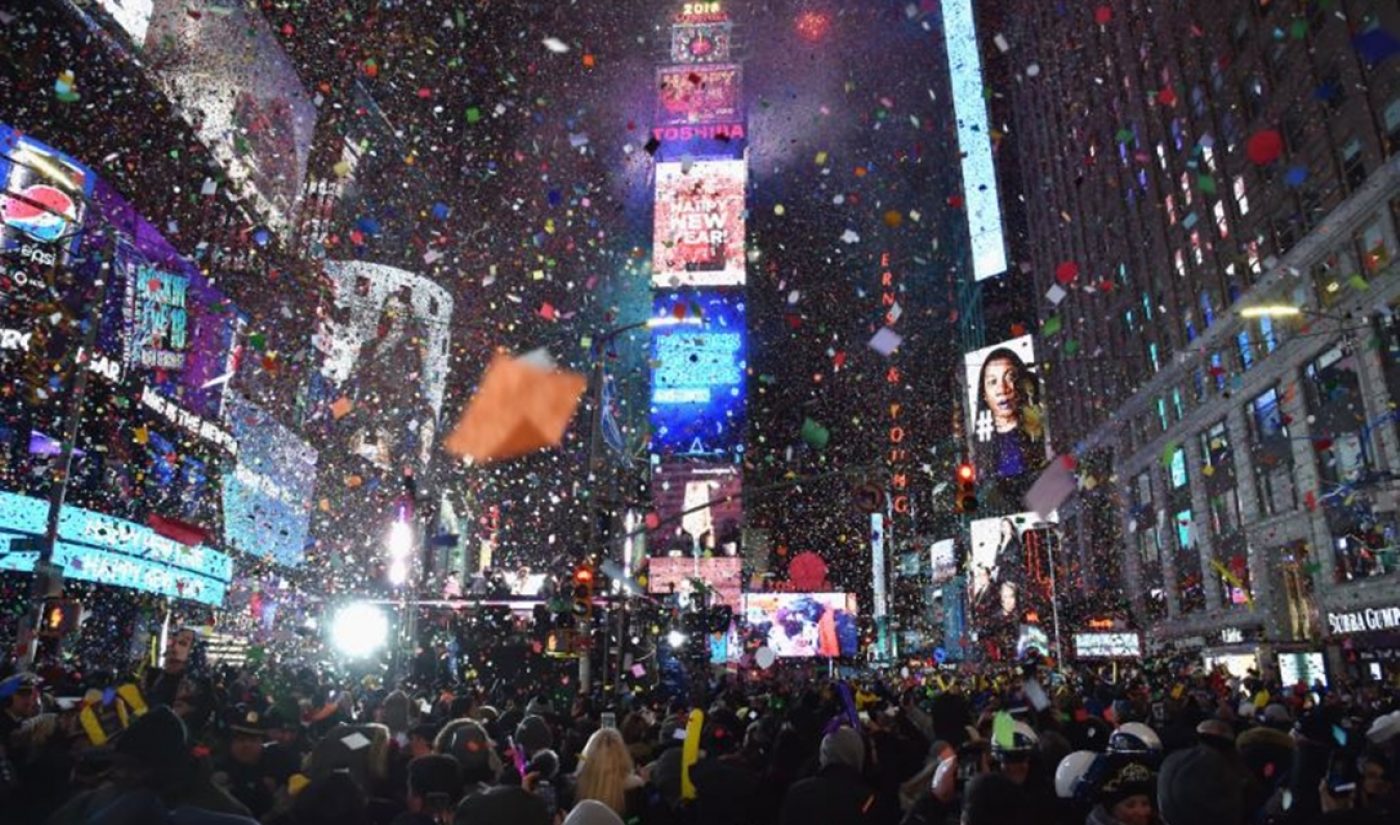 Newly-relaunched YouTube Music is set to become the first-ever presenting sponsor for Dick Clark’s New Year’s Rockin’ Eve With Ryan Seacrest — an annual broadcast chock full of starry musical performances crowned by a ball drop to ring in the New Year that currently airs on ABC.

As presenting sponsor, the show will incorporate YouTube in numerous ways, reports Deadline, including a recap of the platform’s biggest viral moments and music trends of the year, as well as appearances by top YouTube creators.

New Year’s Rockin’ Eve launched in 1972, and is produced by Dick Clark Productions. YouTube has collaborated with Dick Clark on several of its other award show properties, including the American Music Awards (AMAs) and the Streamy Awards (which is co-produced by Tubefilter).

For instance, in August, YouTube Music inked a two-year deal to serve as the official presenting sponsor of the AMAs, while the Streamys streamed exclusively on YouTube late last month. The New Year’s Eve deal will extend YouTube’s relationship with both the AMAs and the Streamys, per Deadline. YouTube has also sought to serve as the presenting sponsor of other major television events, including the MLB World Series and the NBA Finals (via its YouTube TV linear television service).

The 47th annual New Year’s Rockin’ Eve, which will broadcast live from Times Square, kicks off on Dec. 31 at 8 pm ET. The lineup of performers for the five-and-a-half hour show will be announced in coming weeks. While first headlined by the late broadcasting legend Dick Clark, Seacrest was named solo host of the venture in 2013. Last year’s show, featuring a strange performance by Mariah Carey, marked the show’s biggest audience in 27 years.