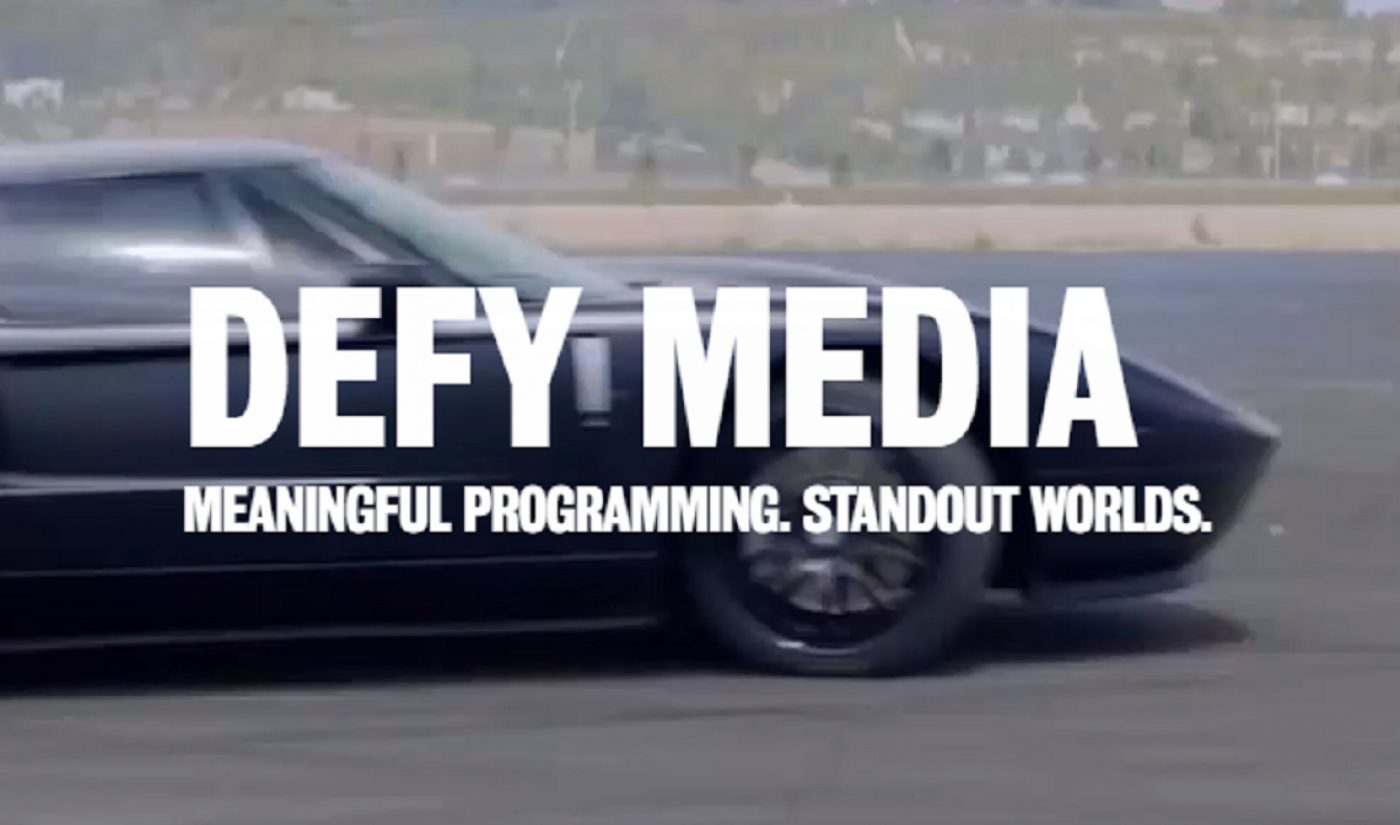 Significant details about Defy Media’s financial situation and its effects on former employees and creators have come to light in the wake of Defy’s abrupt closure on Nov. 6, partially thanks to two lawsuits filed against the company this week.

The first lawsuit (embedded below): Former Defy employee Georgina Guinane filed a class-action suit Nov. 13 on behalf of herself and all other Defy employees whose employment was severed in the unexpected mass layoff last week. Guinane is alleging Defy did not provide employees with the 60 days’ written notice of layoff required by the Worker Adjustment and Retraining Notification Act (WARN Act), and therefore they’re owed what they normally would have been paid for 60 days of work.

The second lawsuit (embedded below, too): David Rath and Kara Welker, owners of talent agency Generate Holdings, Inc., which was originally acquired by Alloy Digital in late 2011, filed suit Nov. 14 alleging Defy owes money to the creators Rath and Welker manage, as well as Rath and Welker themselves. (Alloy Digital and Break Media merged into 2013 to form Defy, bringing Generate into Defy’s fold.)

Tech lawyer Lior Leser, who regularly vlogs about legal issues that affect YouTubers, parsed out the implications of both lawsuits in a recent video.

Leser calls Guinane’s filing a “tactical” lawsuit. Here’s why: It’s a general assumption that Defy will eventually file for bankruptcy — and in bankruptcy, unsecured debts (that is, debts where the ower hasn’t put down some kind of collateral) can be written off. Payroll counts as unsecured debt. But Guinane’s suit is trying to tie former Defy employees’ payroll money to the WARN Act because in bankruptcy, companies can’t easily write off debts related to WARN violations.

Leser applies the “tactical” descriptor to Guinane’s complaint because it shows some adroit planning on behalf of the plaintiffs in an attempt to still recoup some wages in the event of a foreseen bankruptcy. With that in mind, Rath and Welker’s lawsuit is tactical, too.

Their complaint claims that when Generate became a part of Defy, Defy took over some of its financial duties, including “the collection of fees generated by Generate’s clients and the remittance of those fees to the respective clientele after deducting the appropriate management fee.”

In practice, that meant money owed to Generate’s clients went through Defy first. Rath and Welker claim they sought to sever that arrangement last year, entering into talks with Defy to pull Generate out from under the company’s umbrella and operate it independently with its own bank accounts. During those talks, Defy’s CEO Matt Diamond and president Keith Richman allegedly urged Rath and Welker to stay with Defy (and keep Generate’s cash in Defy accounts) while the company formulated a plan to separate Generate.

But now Rath and Welker believe Defy was never actually working on a plan. Instead, they allege, Defy was holding on to Generate for the express purpose of using its creators’ revenue (about $200,000) to “artificially inflate Defy Media’s accountings for use in obtaining emergency financing for Defy Media.” And when Defy shut down, that money, which Rath and Welker say was not held in a client trust account but was instead put into Defy’s own operating account — became “subject to the claims of Defy Media’s many creditors and may be tied up in a bankruptcy proceeding.”

The “tactical” part of this suit is, as Leser notes, in the fact that it’s pursuing allegations of fraud. Rath and Welker claim Diamond and Richman fraudulently concealed information and fraudulently misrepresented their intention to develop an exit strategy for Generate. If that’s the case, Rath and Welker could walk away with some cash, as money owed because of fraudulent actions can’t be discharged in bankruptcy.

Bottom line is, these lawsuits are trying to give folks caught in the crossfire between Defy and its creditors a chance to walk away with at least some of what they claim is owed to them.

Rath, Welker, and Guinane aren’t the only ones pursing legal action against Defy. As we previously reported, the company had two high-profile pending lawsuits prior to its shutdown. One, filed in August by Screen Junkies founder Andy Signore, whom Defy fired last year after multiple women reported sexual misconduct, asks for an undisclosed amount in damages for breach of contract. The second, from website Topix, is related to the March shuttering of its programmatic ad business, and alleges Defy owes Topix $300,000 in payment for ads it ran on behalf of Defy.

We now know there are three additional ongoing lawsuits with Defy names as the defendant before its closure. Shandy Media and Proper Media both filed separate $150,000 lawsuits (on June 13 and Sept. 7, respectively) alleging, like Topix, that Defy owes them for advertising. Another company, ViewAll Investments Limited, filed a third lawsuit on Oct. 25 related to Defy’s former ad business, asking for $100,000.

Defy also owes money to YouTubers who were in its multichannel network at the time of its closure. Those creators were due to receive their September AdSense checks from Defy at the beginning of this month, but were never paid. We’ve confirmed that creators who were a part of Defy’s MCN will receive their October AdSense payments directly from YouTube at the beginning of December, but don’t have any word on the status of September AdSense money.

There’s no additional information yet about what entity is in charge of Defy’s assets or whether any of Defy’s creditors have been paid.