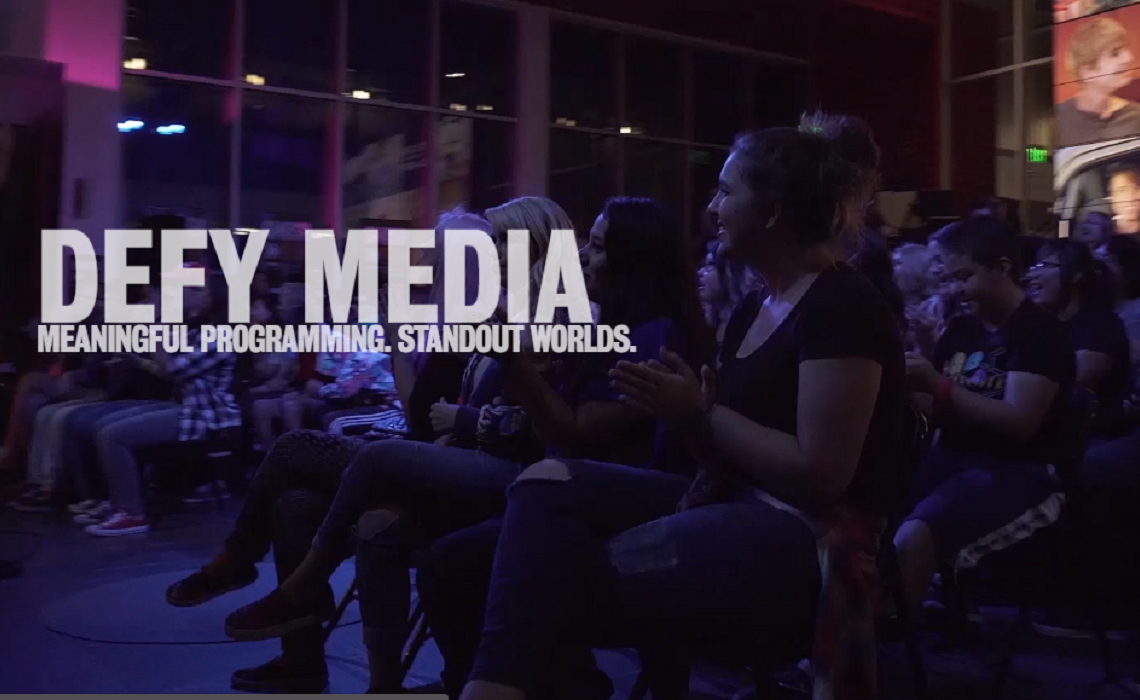 Defy Media has given all of the employees working out of its Beverly Hills production office notice that they will be laid off and the office will be permanently closed effective Jan. 2, 2019, according to sources familiar with the matter.

Affected employees (at least 80, sources tell us) can continue working at the company and will receive full pay until Jan. 2. A letter sent to employees by Defy — which can be read in full below — does not give a detailed reason for their severance. There’s no word yet on what this means post-Jan. 2, 2019 for the Defy Media brands and productions working out of the office, nor what the implications are for Defy’s New York office and associated employees, as well as the company at large.

Tubefilter has reached out to Defy for comment and will update this story with any new information.

However, Defy then sold Screen Junkies, as well as gaming industry publication Escapist Magazine, in July. Financial details of the sales were not disclosed.

Defy has also faced legal challenges this year. The shuttering of its programmatic advertising division resulted in a $300,000 lawsuit from news company Topix, which claims that Defy owes it payment for ads it ran on behalf of Defy. When the lawsuit was filed in June, a Defy spokesperson told Digiday that the company was in talks with “many affected parties regarding payment timelines.”

Another lawsuit against the company was filed in August by Screen Junkies founder Andy Signore, whom Defy fired in October 2017 after multiple women reported sexual misconduct. Signore is seeking an undisclosed amount in damages for breach of contract and negligent infliction of emotional distress as a result of his termination.

During the March layoff, CEO Matt Diamond denied longstanding rumors that Defy is looking for a buyer, saying that the company was not “actively selling ourselves.”

Defy, the result of a 2013 merger between giants Alloy Digital and Break Media, raised an original investment of $70 million in 2016 to “aggressively expand programming,” but declined to raise more capital in 2017 due to underwhelming offers.

It’s also worth noting there are still almost 60 days between now and Jan. 2, 2019. (Defy sent the notices to employees so far in advance because federal and California law requires companies send out warning letters in anticipation of mass layoffs.) That’s a lot of time and a buyer or some other form of capital could come into play before then.

You can read Defy’s full notice to employees below:

Defy Media LLC (the “Company”) is conducting a permanent group layoff of certain employees, including all employees reporting to the Company’s facility located at 8750 Wilshire Blvd., Beverly Hills, California 90211. Regrettably, your employment will end as a result of the layoff. You should expect that the layoff will begin and your separation will take effect on January 2, 2019 (the “Separation Date”) unless you are informed of a different separation date. If you continue working for the Company and remain in good standing, you will continue to receive your regular pay and benefits through the separation of your employment on the Separation Date.

The separation of your employment will be permanent, and the entire office located at 8750 Wilshire Blvd., Beverly Hills, California 90211 will close. There are no bumping rights for any employee.

You are also hereby notified that, as a result of your employment loss, you may be eligible to receive job retraining, re-employment services, or other assistance with obtaining new employment from the California Employment Development Department or its workforce partners upon your termination. You may also be eligible for unemployment insurance benefits after your last day of employment. You can apply for unemployment insurance benefits on the Department’s website at www.edd.ca.gov/unemployment/Filing_a-Claim.htm or you may contact one of the Department’s local offices for further information and assistance.

We are providing you with this information in order to allow you to make future plans. This is your official notice pursuant to the federal Worker Adjustment and Retraining Notification Act, 29 U.S.C. §§ 2101 et seq. (the “WARN Act”) and the California State Worker Adjustment and Retraining Notification Act, Cal. Lab. Code §§1400 et seq.

If you have any questions or require further information, please contact me at [redacted].