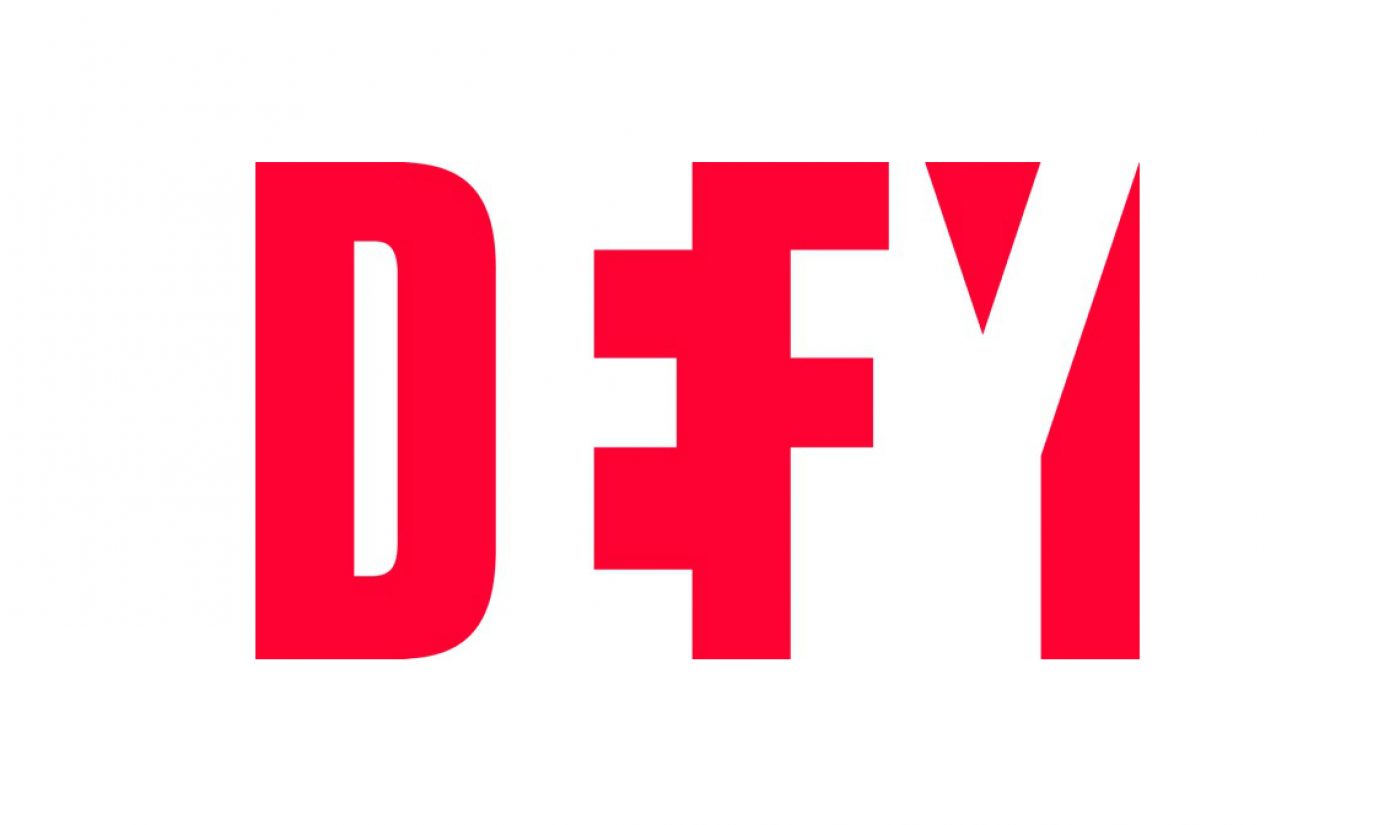 Defy Media’s abrupt shutdown this week left upward of 200 now former employees and contractors without jobs on little to no notice, and it also affected another group of individuals who previously relied on the digital media company to cut them checks. Between 40 and 50 YouTube channels that were partnered with Defy’s multichannel network (MCN) are stranded in monetary limbo, according to sources familiar with the matter.

The events in Defy’s cessation of operations escalated very quickly. The company that raised $70 million just two years ago notified the 80 or so employees based out of its Beverly Hills production office late last week they were all part of a mass permanent layoff. Per the notice, those employees’ last day of work was expected to be Jan. 2, 2019. But on Tuesday — less than a day after news of the layoff broke — sources tell us an entity took control of Defy’s assets and shuttered the entire company immediately, terminating nearly every employee, including those from the Beverly Hills and New York offices, as well as top executives.

The unexpected shuttering not only left some employees shocked and struggling financially, but has complicated financial ramifications for those channels that were part of Defy’s MCN. Numerous creators, both publicly and in confidence to Tubefilter, have confirmed that they received no communication from Defy, both prior to the shutdown and since, even after repeated attempts to get in touch with someone at the company.

More importantly, however, creators are worried because they have not yet received their payment from Defy for September’s YouTube revenue they earned via AdSense, which was due to drop into their accounts at the beginning of November.

Like with other MCNs, Defy’s relationship with partner channels was transactional. Defy would take a percentage of the channel’s AdSense revenue in exchange for providing the channel with a variety of services (like YouTube optimization, potential brand deals, and more). And as is the case with other MCNs, YouTube paid the AdSense revenue of those channels within Defy’s network directly to Defy. Defy then took its cut (generally around 5% or 10% depending on the channel and the terms of the deal) and paid out the rest of the cash to creators. Each month, a few days before sending creators said cash, Defy would distribute an AdSense statement with a breakdown of the exact revenue the channel had earned, video by video. At press time, no creators in Defy’s network we’ve spoken to have received their September checks nor statements.

The concern among affected creators is that whatever entity is currently in control of Defy and its finances will hold on to the September AdSense revenue owed to the channels within the Defy MCN in order to pay back itself and/or Defy’s creditors. It’s a lot of cash — just the money owed to the handful of creators who have talked to Tubefilter is in the several hundred thousand dollar range (based on their YouTube AdSense estimates and statements which have been verified by Tubefilter). That’s only for September, and those channels represent just a portion of the Defy network. The total amount of AdSense revenue owed to partner channels and being held in Defy’s bank accounts could easily be in the several millions.

What’s more is creators are worried they might lose their October AdSense revenues, too, as it’s unclear whether or not YouTube has already paid out that cash from AdSense to Defy.

Many creators’ future revenue, though, should be safe. YouTube has now unlinked the majority of Defy’s partner channels on the platform, meaning AdSense money earned from here on out will go directly to the creators.

(For those unfamiliar with the actual back-end logistics of how a channel is partnered with an MCN, here’s a simplified primer: When YouTube channels are part of an MCN, they are linked in YouTube’s digital infrastructure, and that link will show up in the channel’s back end. If a YouTuber wants to decouple from an MCN, they can request to do so in their channel’s management. Requesting to do so kick-starts a 30-day window in which the MCN can respond to the YouTuber’s request. However, in light of Defy’s situation, it appears YouTube has fast-forwarded that process for creators and cut out Defy, stepping in to quickly unlink them itself.)

YouTube has also autoenrolled former Defy creators in its Partner Program (YPP), whereas normally creators who move out of an MCN have to individually reapply to YPP and wait through its verification process before their channel can begin earning ad revenue again.

Defy’s shutdown and the ensuing implications for staff and partnered channels has left many prominent members of the YouTube community frustrated and angry. Major YouTube creator Shane Dawson has been particularly vocal in defending his fellow creators. Dawson also has a unique vantage point into Defy’s actions given it and his fellow YouTube creator and partner Ryland Adams had a contentious relationship. Adams was a producer, writer, and talent on Defy’s Clevver channel, and his work there apparently did not end well.

I never made a “Why I Left Clevver” video because I was being threatened by Defy’s lawyers on a daily basis. Instead of taking them to court and being stuck in limbo for what could have been years I accepted to join their MCN which is why they were in a position to get a %

I was forced to become a part of @defymedia’s MCN, meaning the Youtube money I work hard for filters through them. After they take a % of MY ads I then get paid MY money. This month I was NEVER paid. A bank took Defy’s money which so happens to be mine that I may never see again https://t.co/wchQKDzH1m

Other Defy creators are expressing concerns over whether or not they’ll get paid the revenue their channels generated from September through October. (It’s worth noting the exact date by which payments from Defy have to be deposited in creators’ accounts is unique to each creator’s contract, and not all creators are yet out of their payment window for this month, so it’s possible Defy will still pay out to some of them.)

Imagine receiving 421 Million views (between me and my wife, @VyQwaint‘s channels) and DEFY keeping all of the adsense revenue. https://t.co/SAMMaUD366

So happy you’re raising awareness about this. My friend is currently looking into selling his car and taking fiverr gigs to get by after Defy left him with only 2 days pay. So, so fucked up.

Also like to add that as a creator in the network, I had to find out they were closing via a Tubefilter article. Not even a call or a heads up. Blinded and without pay. Insanity.

Thank you Shane for helping bring attention to this Defy issue. I am in the Defy network. I have not been paid. This should be a much bigger story than it is. This is the most egregious thing a MCN has *EVER* done. @shanedawson

In a tweet earlier today, YouTube told a concerned creator, “In terms of outstanding YouTube revenue, we’re looking into options as the situation unfolds and continuing to work as hard as we can to help creators through this.” Tubefilter has reached out to YouTube for specific details about October AdSense money, and will update this story with any additional information.

As for new information about repercussions for Defy employees, they will continue to receive health, dental, and vision benefits through the end of November, per an internal letter given to Tubefilter.

“We’d like to take this opportunity to remind you about your post-employment obligations to the Company, including your obligation to continue to keep confidential the Company’s proprietary and confidential information, as more particularly set forth in the agreement you signed as a condition of your employment. In addition, we you [sic] are required to return all Company property as well as any information and literature about Company that is in your possession.”

Outside of these recent events, Defy is also reportedly on the hook for funds owed to multiple publishers as a result of the closure of its programmatic ad business, which it shuttered earlier this year during a layoff of 8% of its workforce. One of those publishers, Topix, has a $300,000 lawsuit against Defy pending. Digiday reported that Defy offered to pay out 20% of what it owed back in June, but that offer appears to have been declined by multiple companies.