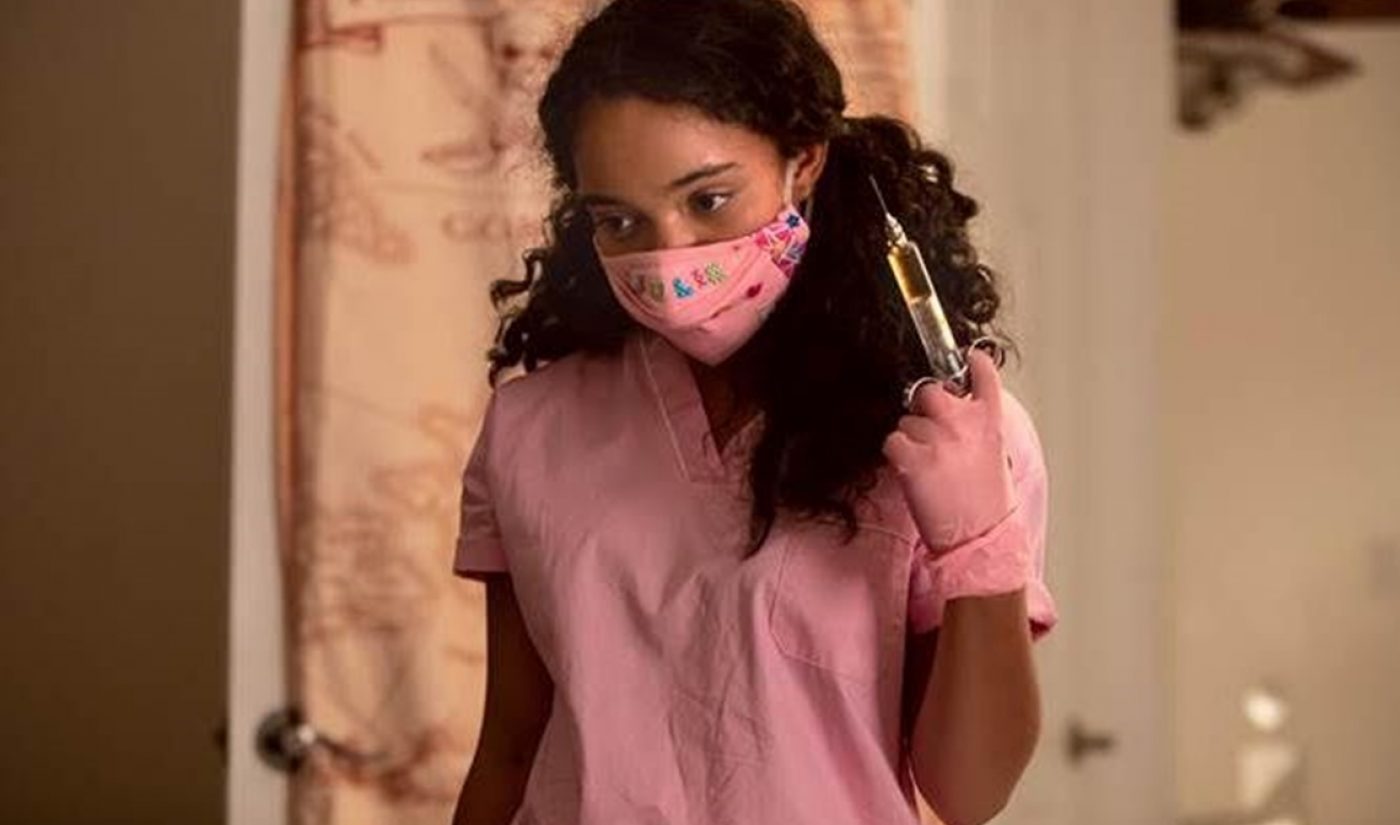 Just in time for Halloween, digital horror hub Crypt TV is helping Netflix close out its month-long slate of scary programming, which has appropriately been dubbed ‘Netflix & Chills‘.

Crypt TV has produced two short films as part of the streaming giant’s five-part anthology project, titled Don’t Watch This. They include Friendship Bracelet (pictured above), about an outcast who goes to chilling extremes to make two popular girls her best friends, and Keep Out, about two friends who team up for a spooky viral video in a long-abandoned house — only to discover that they’re not alone.

The other series, Incommodum — about ominous symbols and body horrors that converge in a surreal nightmare — was conceived by Netflix employees, while Antoni Psycho stars food and wine expert Antoni Porowski from Netflix’s hit Queer Eye makeover show. In the American Psycho-inspired short, Porowski shares his morning rituals as a darker side of his personality starts to emerge. Lastly, CTRL+ALT+DEL follows a spiteful hacker who is lured into a virtual reality game on the dark web. It was produced by Propagate Content, the firm behind Netflix’s Haunted.

Other notable programming that has rolled out this month as part of Netflix & Chills includes The Haunting Of Hill House and The Chilling Adventures Of Sabrina. Due to the larger scope of its third season, Netflix’s marquee Halloween series Stranger Things isn’t arriving this month, but will instead bow next summer.

Check out the trailer for Antoni Psycho below: