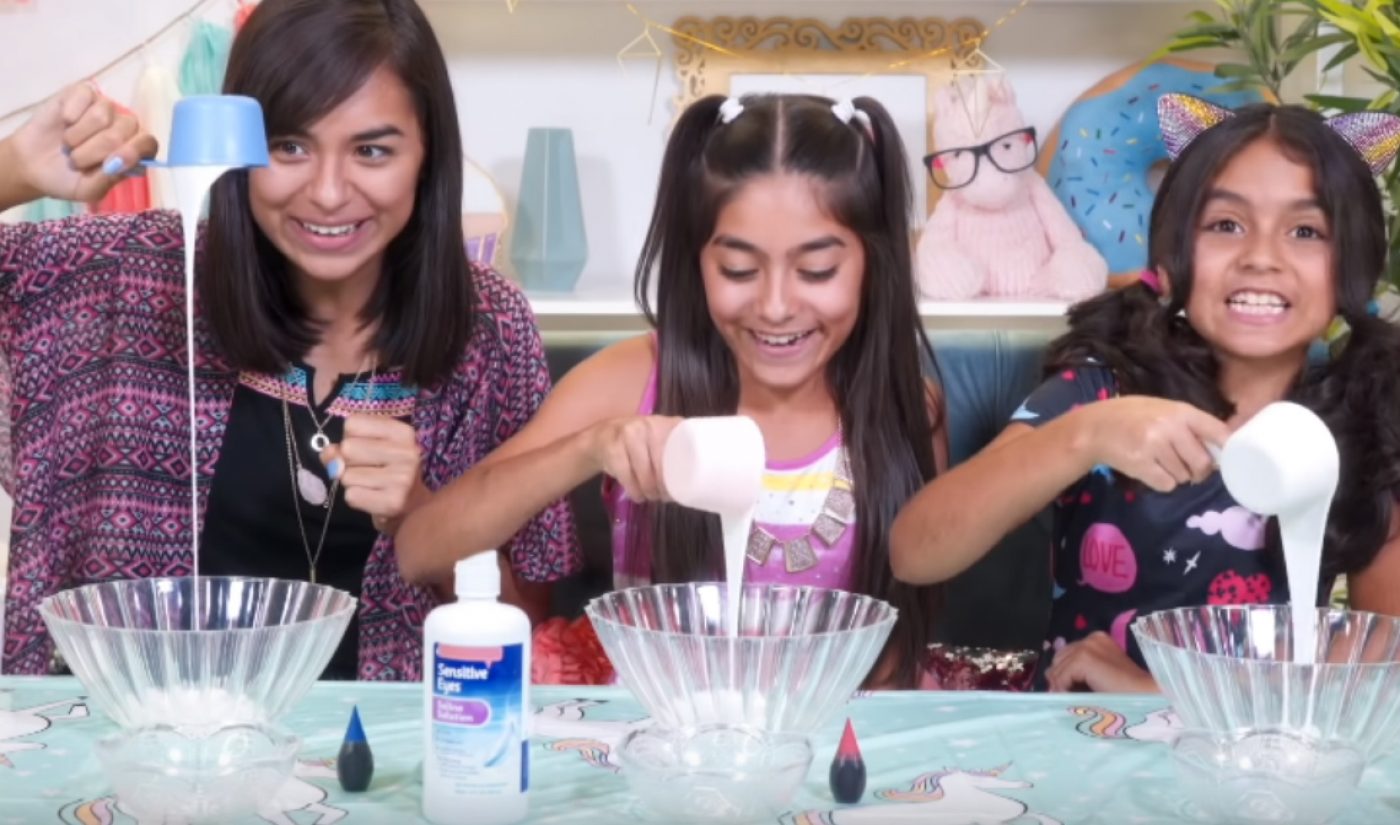 Several popular YouTubers recently joined forces with the Ad Council — a nonprofit organization that creates public service announcements — for a new campaign dubbed She Can STEM, aimed at helping girls and young women pursue their interests in science, technology, engineering, and math.

Karina ‘Slime Queen’ Garcia (who has 8.2 million subscribers on YouTube) and the GEM Sisters (495,000 subscribers) — a trio of comedy vlogger sisters comprised of Giselle, 15, Mercedes, 11, and Evangeline, 10 — each made a video using homemade slime products. DIY slime-making has in the past couple of years given rise to a new crop of young YouTube and Instagram influencers — including Garcia, who last year said she saw earnings as high as $200,000 per month from YouTube.

“From slime to DIY projects, that’s all STEM,” Garcia said in a statement. “Some of my Craft City products have STEM stamps on them to remind girls that they’re doing STEM activities while they also do fun projects. Through my work, I hope to inspire girls and show them that they can STEM, too.”

Garcia’s She Can STEM video shows her mixing all her slime projects — for which she developed the recipes — together to investigate what the outcome will be.

As for the GEM Sisters, they share a recipe for three-ingredient, easy-to-make ‘fluffy slime’ — and encourage fellow girls to recognize they already possess science and math skills they can further develop and use to change the world.

For She Can STEM, the Ad Council partnered with several tech giants, including Google, IBM, Microsoft, Verizon, and General Electric [how?]. Also involved in She Can STEM are numerous nonprofits aimed at empowering girls and women: Black Girls Code, ChickTech, Girls Inc., Girl Scouts of the USA, Girls Who Code, National Center for Women & Information Technology, the New York Academy of Sciences, and the Society of Women Engineers.

The Ad Council also partnered with YouTubers for its ongoing mental health campaign Seize The Awkward. So far, that campaign has featured YouTube megastars like Markiplier, Liza Koshy, and Hannah Hart. Its most recent installment featured lifestyle YouTuber Jessie Paege.