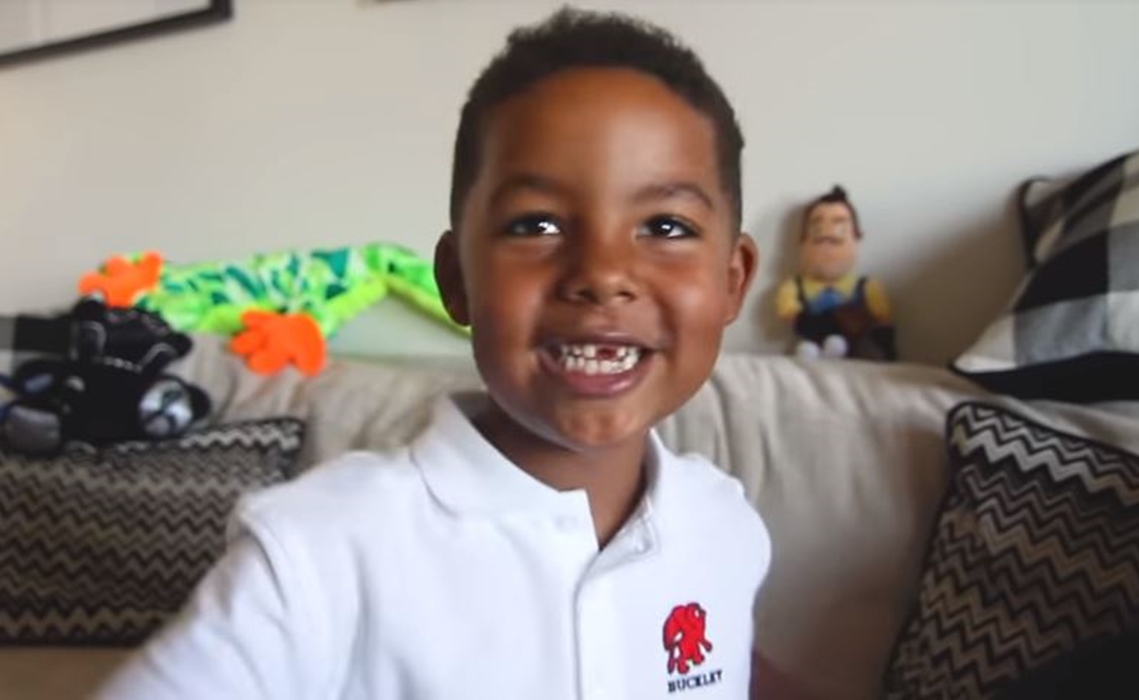 Given that the possibilities for youngster YouTubers are seemingly boundless these days, famed rapper and celebrity dad Wiz Khalifa is looking to catapult his son Sebastian Thomaz to digital stardom.

The rapper has launched a channel titled Bash’s World for the five-year-old — with Khalifa noting that the vlogging venture was entirely his son’s idea. “If you got kids, you know how much they watch other kids,” he wrote on Instagram. Sebastian’s mother is Khalifa’s ex-wife, the model Amber Rose, though it is unclear whether she is involved in the channel.

The first video on Bash’s World, posted just hours ago, is titled Sebastian’s First Day Of School (below), and sees Khalifa lovingly waking up his son with breakfast on his first day of kindergarten. In the adorably mundane clip, Khalifa then helps his son get dressed and style his hair before dropping him off at the bus stop. The video was filmed and edited by Los Angeles filmmaker Chris Cordova, and has quickly amassed 16,000 views — and counting. The channel has also gained roughly 3,200 subscribers in a matter of hours.

While it remains to be seen what other activities Sebastian — who is a noted Taylor Swift superfan — will get up to on the channel, Khalifa has already experienced enormous success on YouTube in his own right. The rapper’s 2015 music video for “See You Again” — a commemorative track from the Furious 7 film in honor of the late actor Paul Walker — is one of the platform’s most-viewed videos of all time with 3.8 billion views.