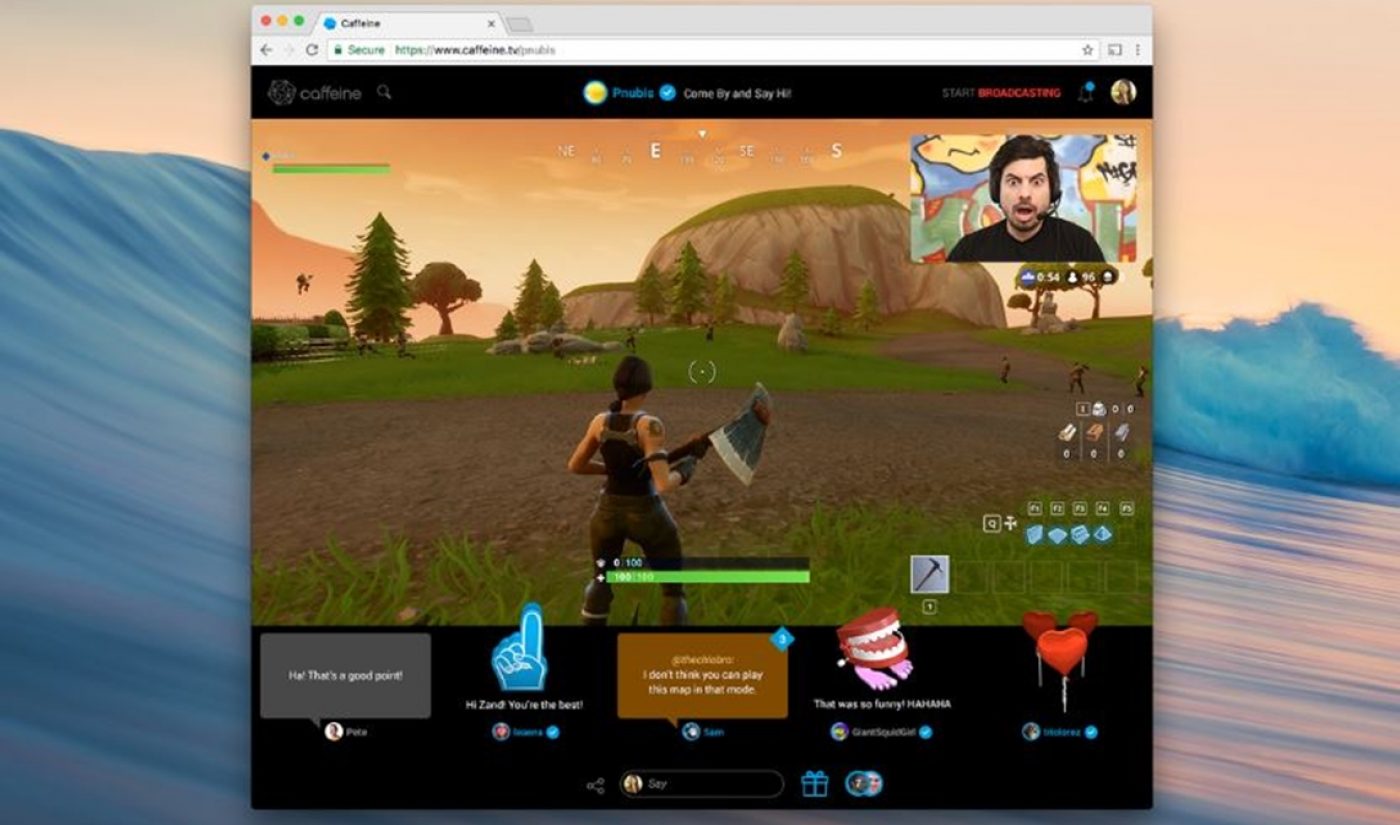 The mass media corporation has invested $100 million into Caffeine in a new funding round. Noted venture capital firms and existing Caffeine investors Andreessen Horowitz and Greylock Partners — who have previously invested $46 million into the company over the course of two rounds — also participated in the latest round, though a dollar figure wasn’t disclosed. Some of the new funding will be allocated to establish Caffeine Studios, a production firm that will helm original content in the esports, gaming, sports, and entertainment verticals. Caffeine Studios will be jointly owned by Caffeine and 21CF property Fox Sports.

At the same time that it announced the funding, Caffeine also said it had inked a content pact with Live Nation to broadcast music concerts on its platform, beginning in the fourth quarter of this year.

Caffeine is currently in pre-release, but enables users to find content based on the people that they follow on social media, and then facilitates communication between gamers, streamers, non-streamers, and fans. The platform, which is the brainchild of Ben Keighran and Sam Roberts, touts an ad-free monetization system that is open to all users, and encourages broadcasters to offer upgraded content experiences in order to make money.

The Walt Disney Company is set to acquire 21CF in coming months for upwards of $71 billion, and rename the entity Fox. 21CF’s current executive chairman, Lachlan Murdoch, who is joining Caffeine’s board in tandem with the investment, is also poised to serve as chairman and CEO of the new Fox entity after the acquisition is complete.

“The combination of the Caffeine platform with a content studio that benefits from Fox Sports’ expertise in live events and programming will help position Caffeine to deliver compelling experiences in esports, video gaming, and entertainment,” Murdoch said in a statement.