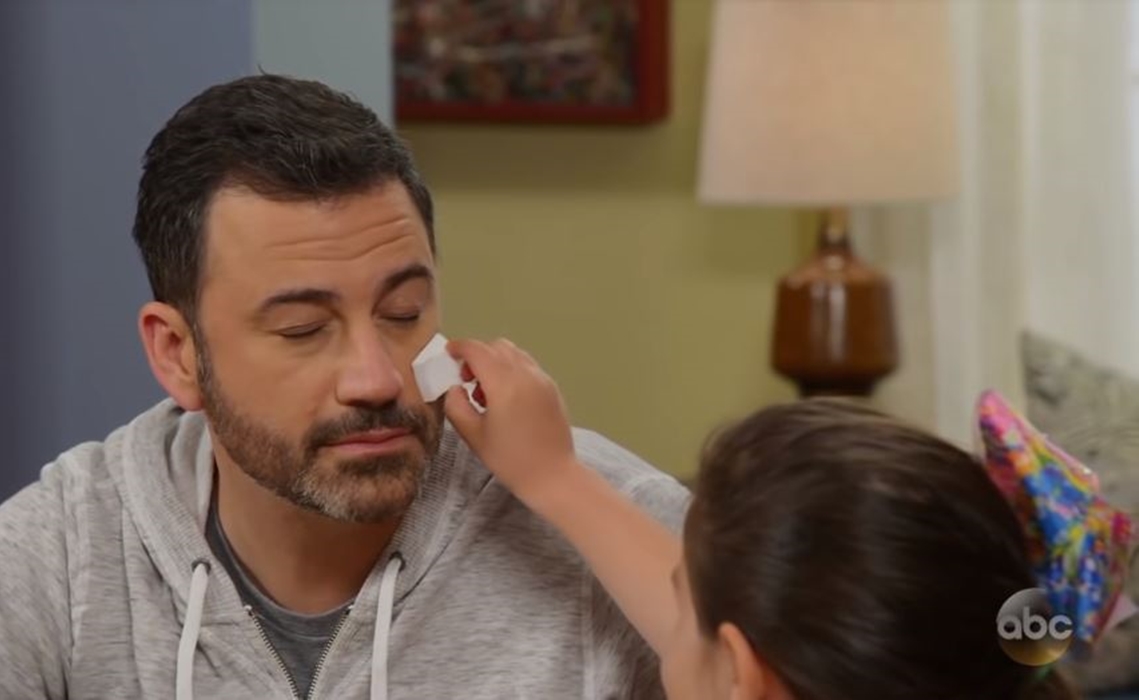 Jimmy Kimmel’s foray into YouTube culture in recent years has been a bit of a mixed bag. The late-night host received substantial backlash in 2015 when he poked fun at the ‘Let’s Play’ genre, in which viewers watch other people play video games. Shortly after receiving a slew of negative comments, however, Kimmel invited prominent gamers Markiplier and MissesMae onto his show to educate him. Subsequently, Jimmy Kimmel Live has interfaced with other digital creators, including Mamrie Hart, Lohanthony, and Logan Paul.

To this end, in a segment last night, Kimmel enlisted his seven-year-old goddaughter Frankie to teach him about the curious (to him) trend of makeup tutorials. “The internet is a mysterious place,” Kimmel says — despite the fact that YouTube’s beauty community is one of its most multi-faceted and lucrative. “There’s so much weirdness, it’s impossible to follow all of it.”

And so Kimmel and Frankie watch two makeup tutorials — one that’s My Little Pony-themed, and another in which creator Sinead ‘TheMakeupChair’ Cady transforms herself into a deer for Halloween (1 million views). Frankie then attempts to turn her godfather into a deer — Cady said that she had no idea that her video was going to be featured — and the results are pretty impressive.

“I thought I was going to be horrible,” Frankie says, illuminating the power of the tutorial, “but I was good.”

See for yourself right here: