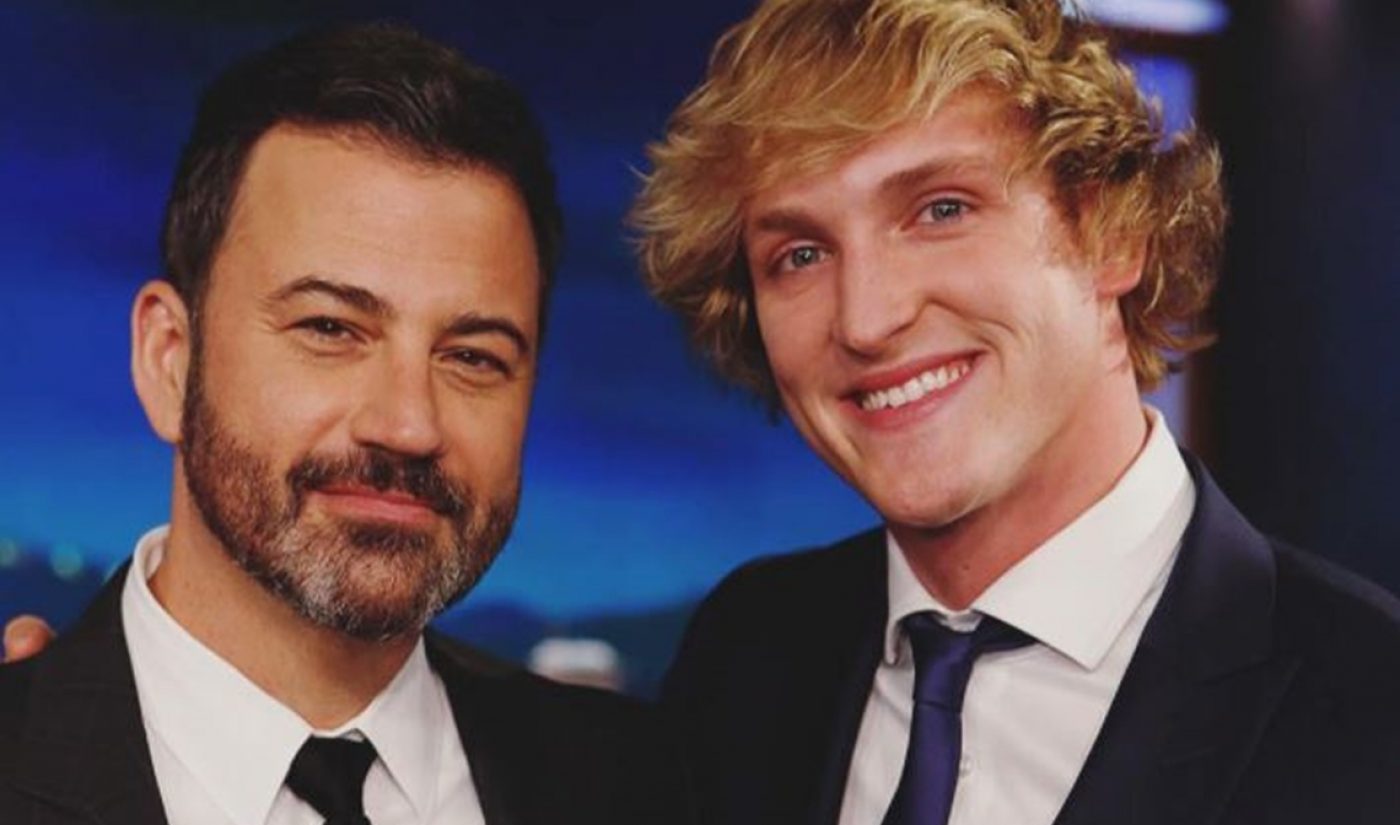 YouTube stars making the late-night talk show rounds is by no means a nascent phenomenon, though last night, Jimmy Kimmel said he personally sought out Logan Paul to guest on his show given that his young cousins are obsessed with the digital star.

Appearing to promote the second season of his Watchable series Logan Paul Vs, the 22-year-old opened up about his digital career — which was eight years in the making — as well as some of the more dangerous stunts he’s performed both on Vs and off. In addition to wrestling alligators and bears this season, for instance, Paul recounted a particularly cringeworthy stunt for a vlog in which he fell off a table directly onto his genitals — resulting in an emergency surgery to remove 15% of his right testicle.

Check out the segment below:

Paul’s appearance on Jimmy Kimmel Live arrives during a particularly controversy-ridden time for the daily vlogger. While visiting Italy with his infamous brother Jake Paul earlier last week, Paul — who is the fastest creator in YouTube’s history to reach 10 million subscribers — says that he was arrested (though subsequently released from police custody) for illegally flying a drone near the Colosseum.

You can check out Paul’s behind-the-scenes vlog detailing the encounter with local police right here.