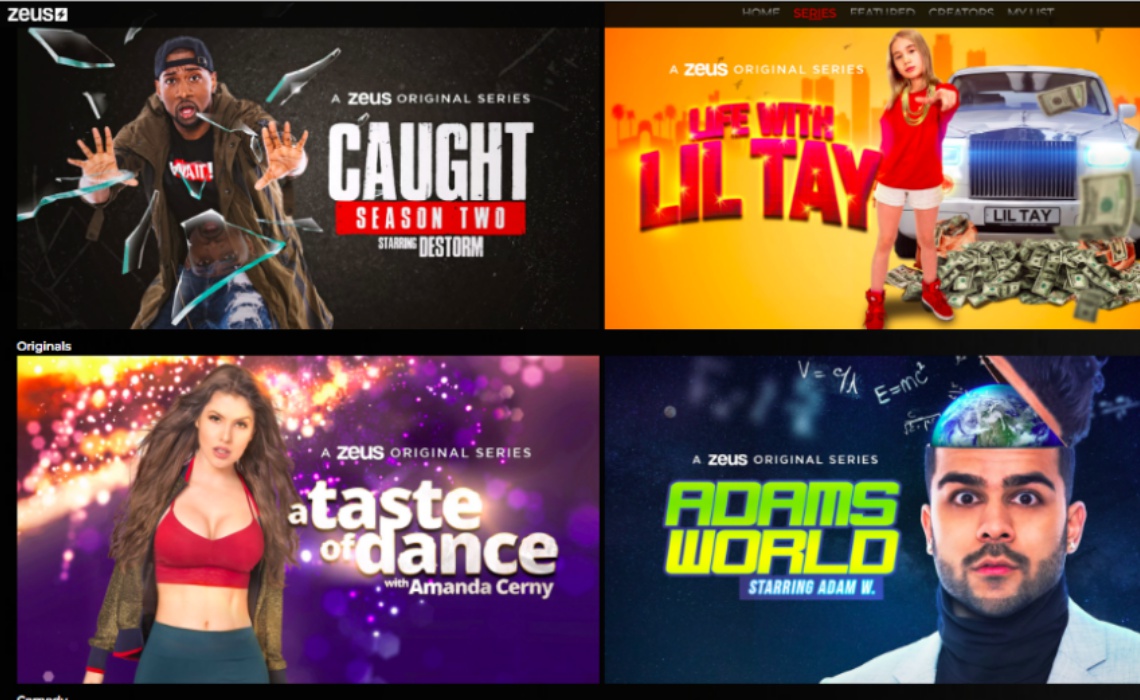 Regular viewers of serial content on YouTube, Facebook, and Instagram will want to check out The Zeus Network. The new SVOD platform, which launches today with more than two dozen original programs in tow, was founded by social media stars DeStorm Power, Amanda Cerny, and King Bach alongside producer Lemuel Plummer.

Subscriptions to Zeus cost either $3.99 per month or $35.99 per year and grant access to a host of new shows, several of which are led by some of the biggest names in the online video industry. The three creators who co-founded Zeus all have shows on the platform, and DeStorm is bringing a particularly special series to subscribers: His new SVOD service is the exclusive home for the second season of the hip-hopera Caught, which recently earned its star an Emmy nomination.

Lovers of YouTube drama will also be curious to check out Life With Lil Tay, which is another one of Zeus’ launch titles. The reality show follows nine-year-old Lil Tay, whose presence on social media and sudden disappearance from it generated headlines earlier in 2018.

As Zeus launched, several of the creators involved with it took to social media to promote the shows they will present to subscribers:

Subscribe to #TheZeusNetwork now to learn all dances with me and celeb choreographers : https://t.co/K4g2uePAz5 sign up now !! Xo pic.twitter.com/xCynRReb1X

In general, the original programming available through Zeus is an inviting collection for the viewers who follow the platform’s founding stars, their friends, and their collaborators. For us observers, it will be fascinating to see whether the celebrity status of Zeus’ main executives can allow it to succeed where several other niche SVOD services have struggled. To check out Zeus, head over to its website.