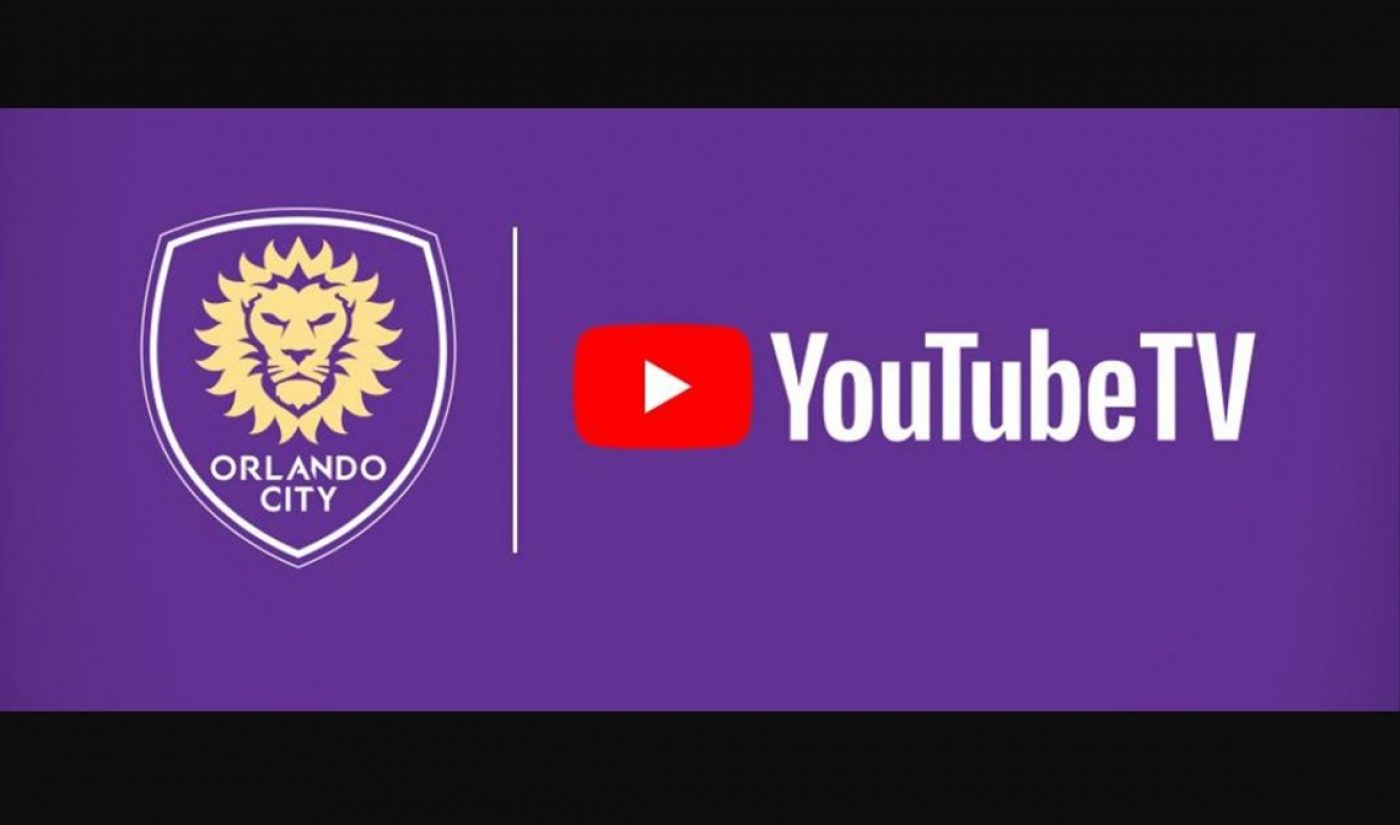 YouTube TV has inked a broadcasting deal with the Orlando City Soccer Club — its third such deal with a Major League Soccer (MLS) team as the nascent skinny bundle service continues its bid for sport subscribers.

YouTube TV, priced at $40 per month, will be the exclusive streaming partner for Orlando City’s 18 remaining matches this season — including pre-show, halftime, and post-game coverage — which will be distributed on a standalone channel. The deal kicks off this Sunday, when Orlando will face off against Real Salt Lake. While the 18 matches will be exclusive to the new channel, eight Orlando matches will also air on ESPN, FOX, and FS1 — which are also offered by YouTube TV — as well as on local TV and radio stations.

“We want to keep pushing the boundaries, giving [fans] opportunities to connect with our team from anywhere,” the club’s chief revenue officer, Chris Gallagher, said in a statement. “This is an exciting development in the right direction for our Club.”

YouTube TV comprises roughly 50 channels to date, and also operates exclusive streaming deals with two other MLS teams: the Los Angeles Football Club and the Seattle Sounders. In a bid to attract sports viewers, the service has also sought to sponsor major events, including multiple World Series as well as this year’s NBA Finals.