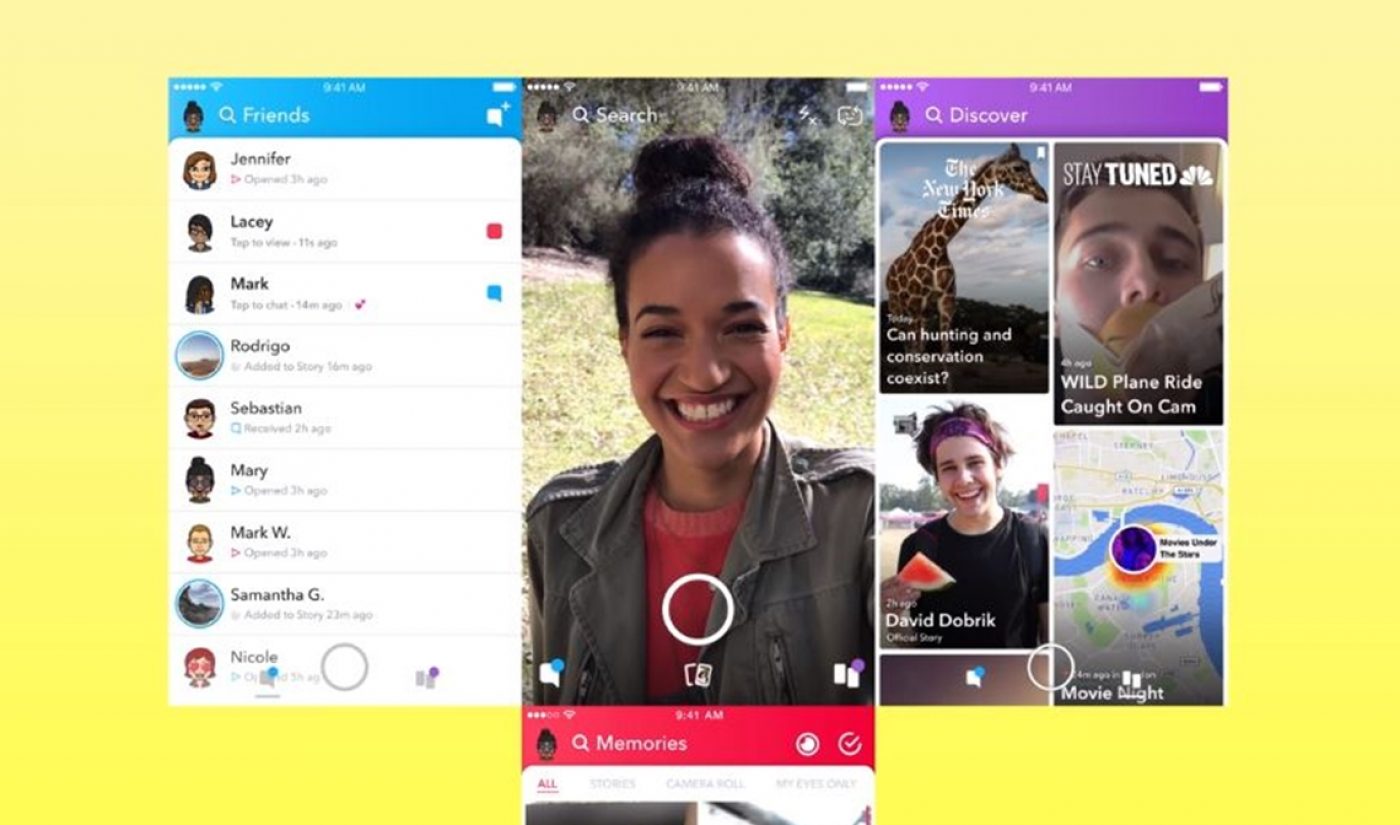 Snapchat may finally be relenting in the face of widespread criticism about its redesign, which sought to separate content shared by real-life friends from posts by digital creators, celebrities, and premium publishers.

The redesign moved Stories from digital creators and celebrities out of a tab that also included Stories from users’ real-life friends and put them in the Discover section — which is Snapchat’s hub for premium publishers like Vogue, BuzzFeed, and National Geographic. “They’re not your friends,” CEO Evan Spiegel said of influencers and celebrities after many users complained about the rejiggering.

Now, as part of a test among a small group, Snapchat is moving Stories by regular users onto the Discover page as well, Recode reports. This would seem to mark something of an aboutface with respect to the company’s goal of separating personal and professional content, but Snapchat insists it’s not reversing course. “With this test, we’re retaining that idea [of separating friends and publishers], but bringing back one place for talking and one place for watching — organizing around users’ behavior, not just relationships,” a spokesperson explained to Recode.

In other words, while Snap initially opted to separate user Stories from professional Stories in order to decrease pressures around posting, it is now honing a design approach that focuses on how people consume content within the app — not how they share it. It remains to be seen if the update will roll out wide, and how users might respond to the changes if they go live. The first redesign was criticized by power users like Kylie Jenner, which caused the Snapchat’s stock to take a notable hit.

And the outlook for the second redesign is already looking bleak: Snap’s stock plummeted 7% today in midday trading, according to CNN.