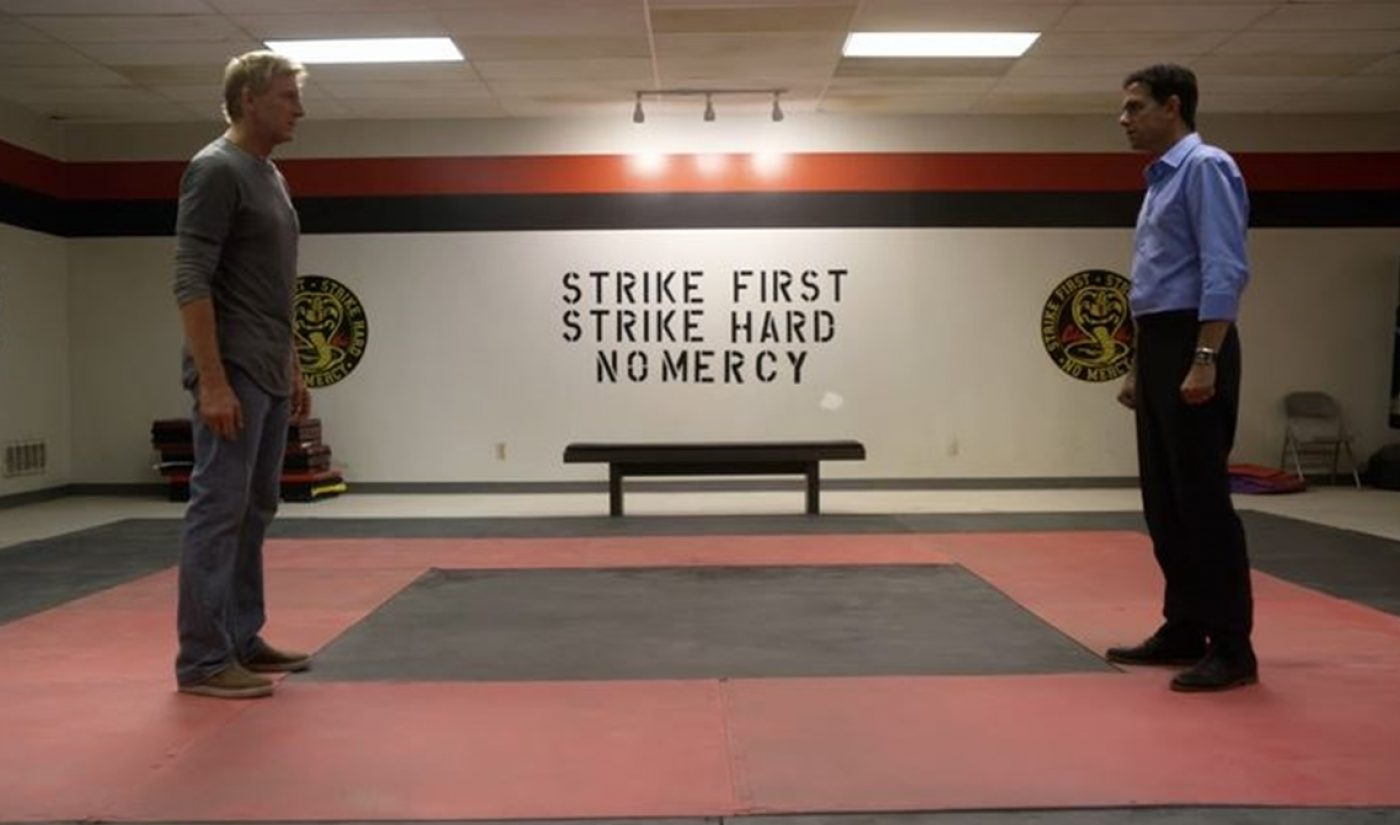 After announcing that a Karate Kid sequel series was in the works last August, YouTube Red has unveiled the first-ever teaser for Cobra Kai, which picks up 30 years after the original film series concluded.

Named for the karate dojo around which the films were set, Ralph Macchio and William Zabka will reprise their roles as rivals decades after they first faced off at the All Valley Karate Tournament in 1984. In the teaser, Zabka’s character, Johnny Lawrence, decides to reopen the Cobra Kai after his life has taken a turn for the worse, reports Entertainment Weekly. Meanwhile, Macchio’s character, Daniel LaRusso, has been leading a picture-perfect life with his family. The series marks YouTube Red’s second series based on an existing franchise — following last month’s Step Up: High Water — and is set to premiere later this year.

Other actors in the series include: Xolo Maridueña (Parenthood), who will play a high school bullying victim taken under Johnny’s wing; Tanner Buchanan, who plays Johnny’s son; and Ed Asner as Johnny’s old-school stepfather. Courtney Henggeler will play Daniel’s wife and business partner, while Mary Mouser (Freakish) will play his firecracker daughter.

Cobra Kai was written by Josh Heald (Hot Tub Time Machine), Jon Hurwitz, and Hayden Schlossberg, who are executive producing alongside Susan Ekins, Will Smith, James Lassiter, and Caleeb Pinkett. Hurwitz and Schlossberg will direct most of the episodes.