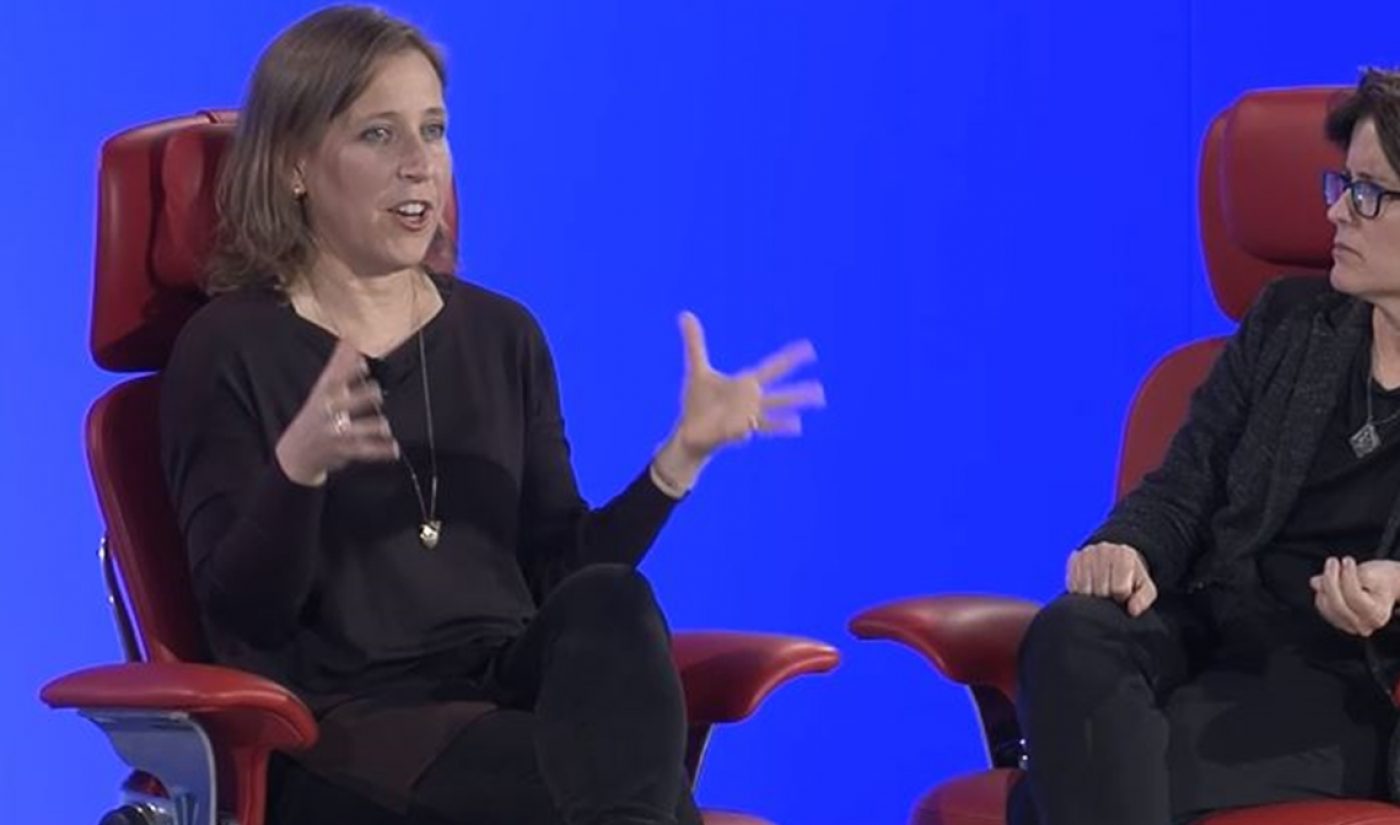 Asked at the Code Media conference whether she’s worried about the social network’s video efforts, Wojcicki said that YouTube takes its competitors seriously, but is always looking forward in its quest to grow. “I think they should focus on what they’re focused on — I think they should get back to baby pictures, and sharing,” she said. “Look, we should all compete for content. I build our business, I focus on what we need to do — I know that we have a lot of things to do.”

Right now, for instance, YouTube is “growing up” and facing complicated ethical questions — with respect to objectionable videos that were published during the Adpocalypse, and, more recently, with the Logan Paul controversy. Wojcicki notes that, despite calls for Paul to be banned from the platform, policing speech on an open platform is a difficult dance. In our politically charged times and amid a period of great growth for YouTube, the platform’s aim is to hone codified and consistent guidelines that can be applied globally, she said.

In terms of other areas of growth, Wojcicki said that YouTube Red — which she referred to as “really a music service,” despite the fact that much of the product’s buzz surrounds its original content efforts — is set to expand into 100 countries this year, an exponential leap from the five in which it currently operates. This is possible because YouTube finalized licensing deals with the three major record labels late last year.

At Code Media, Wojcicki also discussed the growth of educational content on YouTube (which is up to 1 billion views every day), her hopes for an NFL streaming deal, and YouTube’s pursuit of a critically-acclaimed original in the vein of The Handmaid’s Tale.

Check out the conversation in full right here: