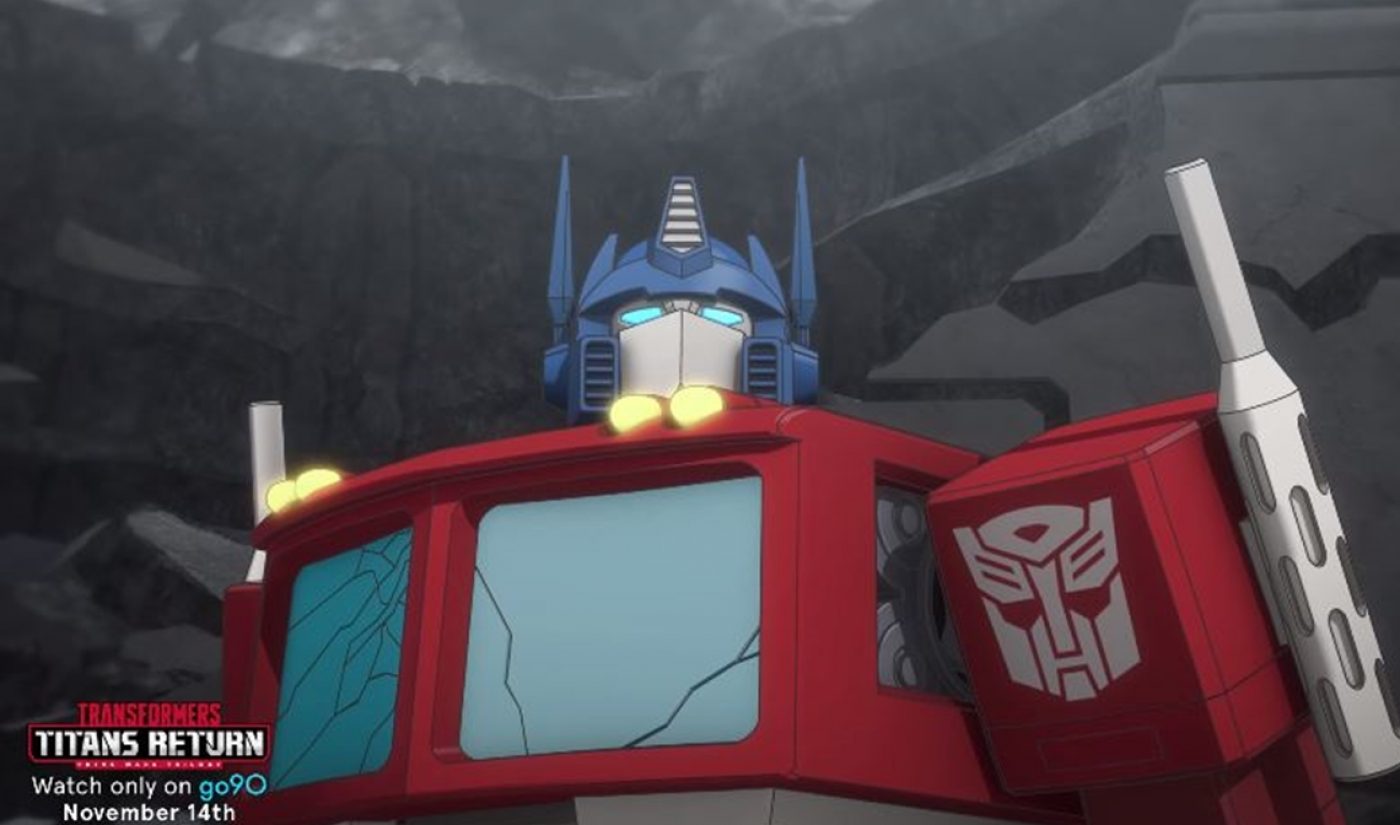 Gamer-focused digital network Machinima and toymaker Hasbro are bringing back the first-ever digital Transformers series for a second season on go90.

Transformers: Titans Return will premiere on the Verizon-owned streaming platform in the U.S. on Nov. 14, as well as in China via Sohu — a local internet company that inked an exclusive licensing deal with Machinima last year. Throughout the rest of the world, the 10-episode series will be available on Tumblr. The first season of Machinima and Hasbro’s Transformers series, subtitled Combiner Wars, launched in August 2016 and has garnered more than 125 million views to date. Combiner Wars and Titans Return are installments in a three-part series titled the Prime Wars Trilogy.

Titans Return will feature performances by a slew of notable voice actors, including Peter Cullen, who originated the voice of protagonist Optimus Prime in the 1980s Transformers TV series. The actor Judd Nelson will also reprise his roles of Rodimus Prime and Hot Rod from the 1986 Transformers animated feature film. Digital influencers contributing their voices to the series include MatPat (Computron), Rob Dyke (Devastator), and Tay Zonday, who will voice the Chorus Of The Primes.

Check out the trailer for the series, which will introduce a new breed of supersized Transformers called Titans, right here: