‘Narcos’ Is the Most Popular Show On Netflix 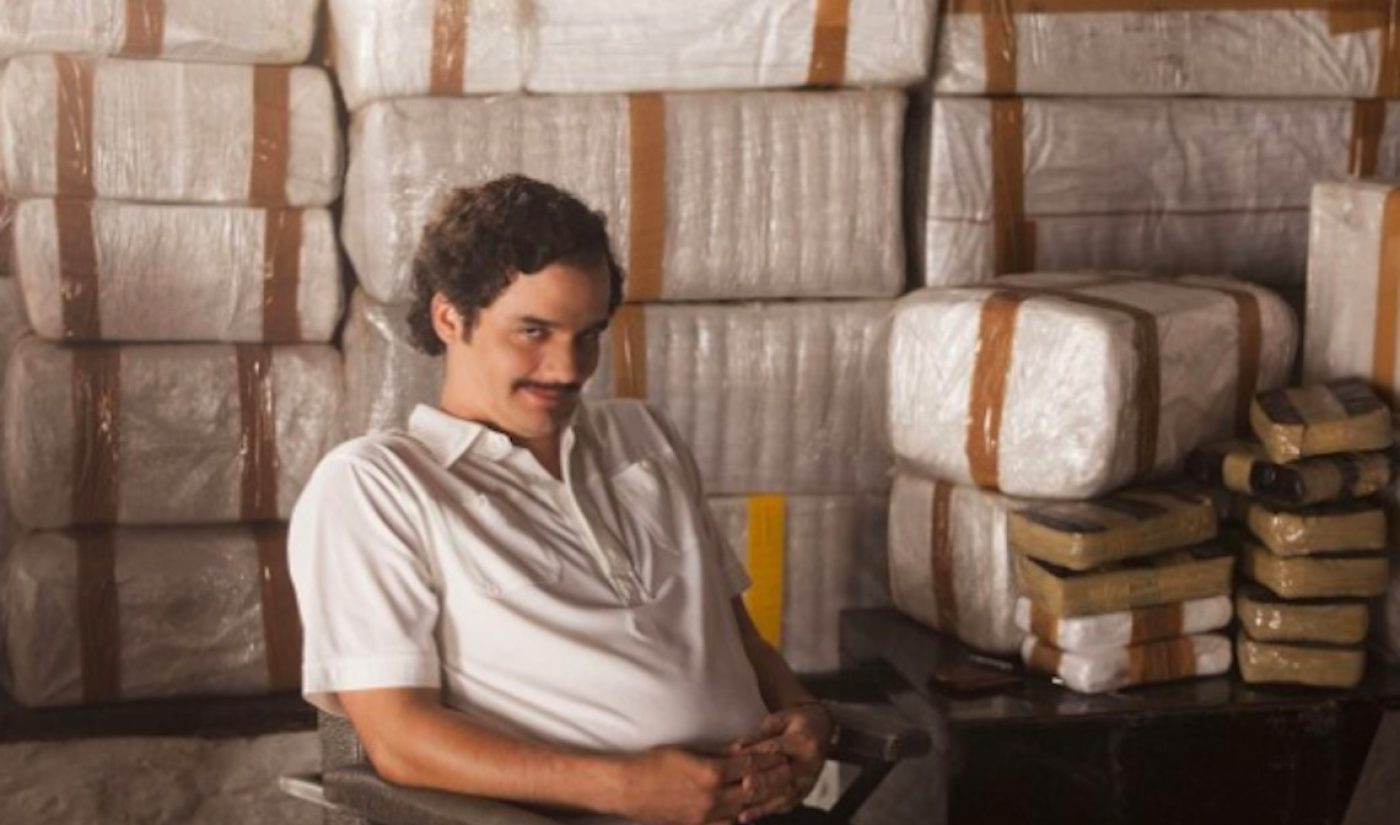 You may not be surprised to find that The Man in the High Castle is Amazon’s most popular show, but you maybe surprised that someone (new) figured out how to measure its popularity.

That’s because streaming services, like Netflix, Hulu, and Amazon, don’t share any numbers that would reveal how many people are watching their shows (even to the shows’ creators). With the subscription VOD industry having brought in $8.21 billion in 2016, according to PricewaterhouseCoopers, it’s high time we get a peek at the audience numbers for these services’ many, well watched shows. Parrot Analytics developed a way to do this.

Recently, the analytics company came up with a measurement called “demand expressions,” which evaluates a streaming show’s number of viewers, streams, and engagement among other relevant statistics. According to this measurement, Narcos is number one on Netflix, followed by Stranger Things and Ozark. The Handmaid’s Tale tops the list on Hulu, ahead of 11.22.63, and The Path.

One of Netflix’s first original series, Orange Is the New Black, makes it into the subscription VOD platform’s top five, just above a Marvel offering (The Defenders.) And of course, popular Jeffrey Tambor-starring series Transparent makes it into Amazon’s top rankings at number four.

Netflix, the most popular of the three streaming services, announced its plan to spend $6 billion this year on original content back in January, according to eMarketer. Its content budget is set to increase to $7 billion in 2018. At the same time, a UBS consumer survey found that both Amazon and Hulu were catching up to Netflix in terms of customer satisfaction.

Meanwhile, Amazon is ready to spend over half of Netflix’s 2018 budget on its video offerings next year, with a plan to funnel $4.5 billion into programming. Hulu’s a bit behind, with a 2017 plan to spend $2.5 billion on content.

Parrot Analytics looks at data from tradtional television as well as streaming platforms. It has offices in Beverly Hills and New Zealand.