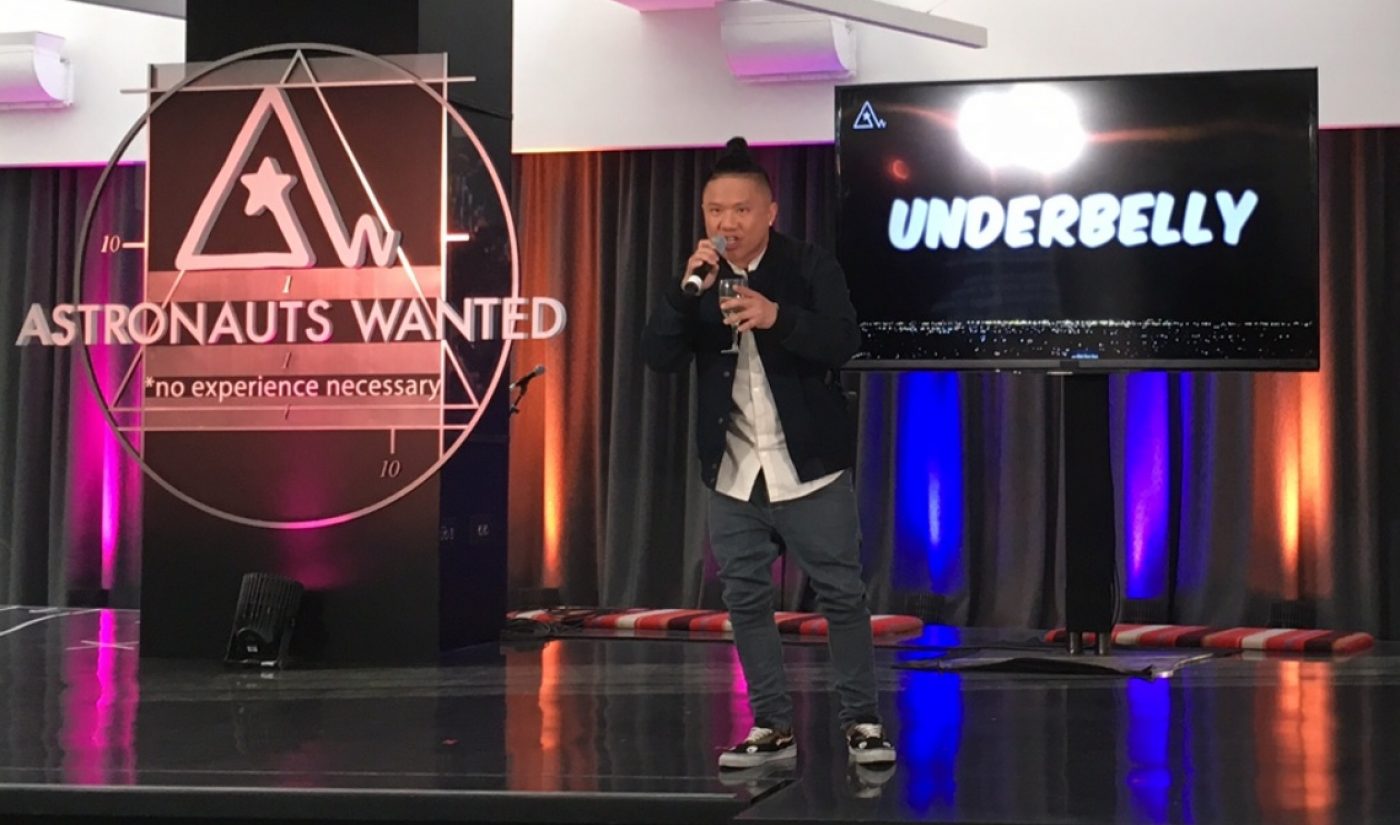 Astronauts Wanted, a production company aimed at young, digital-native consumers, is planning a busy slate of original content. At its first-ever presentation during the NewFronts, the studio announced multiple new and returning series, including a third season of Grace Helbig and Mamrie Hart’s HeyUSA and a food show hosted by Timothy DeLaGhetto.

The new HeyUSA episodes will once again send Helbig and Hart on the road, where they will take on the suggestions sent in by their fans. The stops on this season’s tour will include a road-kill event and an underwater music festival, according to a press release.

DeLaGhetto’s contribution to the Astronauts Wanted slate is Underbelly, in which he and some of his friends (include fellow YouTube star Alex Wassabi) will cavort about Los Angeles in search of the city’s best food and drink. As a trailer shared at the NewFronts showed, DeLaGhetto will also have some opportunities to share his rapping skills with viewers.

The final of the three shows discussed at Astronauts Wanted’s event was Aussie Girl, led by Tammin Sursok of Pretty Little Liars fame. In her new show, which was announced last year, Sursok will engage in a form of self-parody by portraying an actress who must reinvent herself.

Astronauts Wanted also used its piece of the NewFronts spotlight to announce an incubator project it plans to launch over the summer. Working with female-focused video platform Snarled, it will roll out a slate of pilots that will cover a variety of topics.

These programs will join the ones Astronauts Wanted has already produced. The studio has worked with a number of distribution partners, including Go90 and YouTube Red.