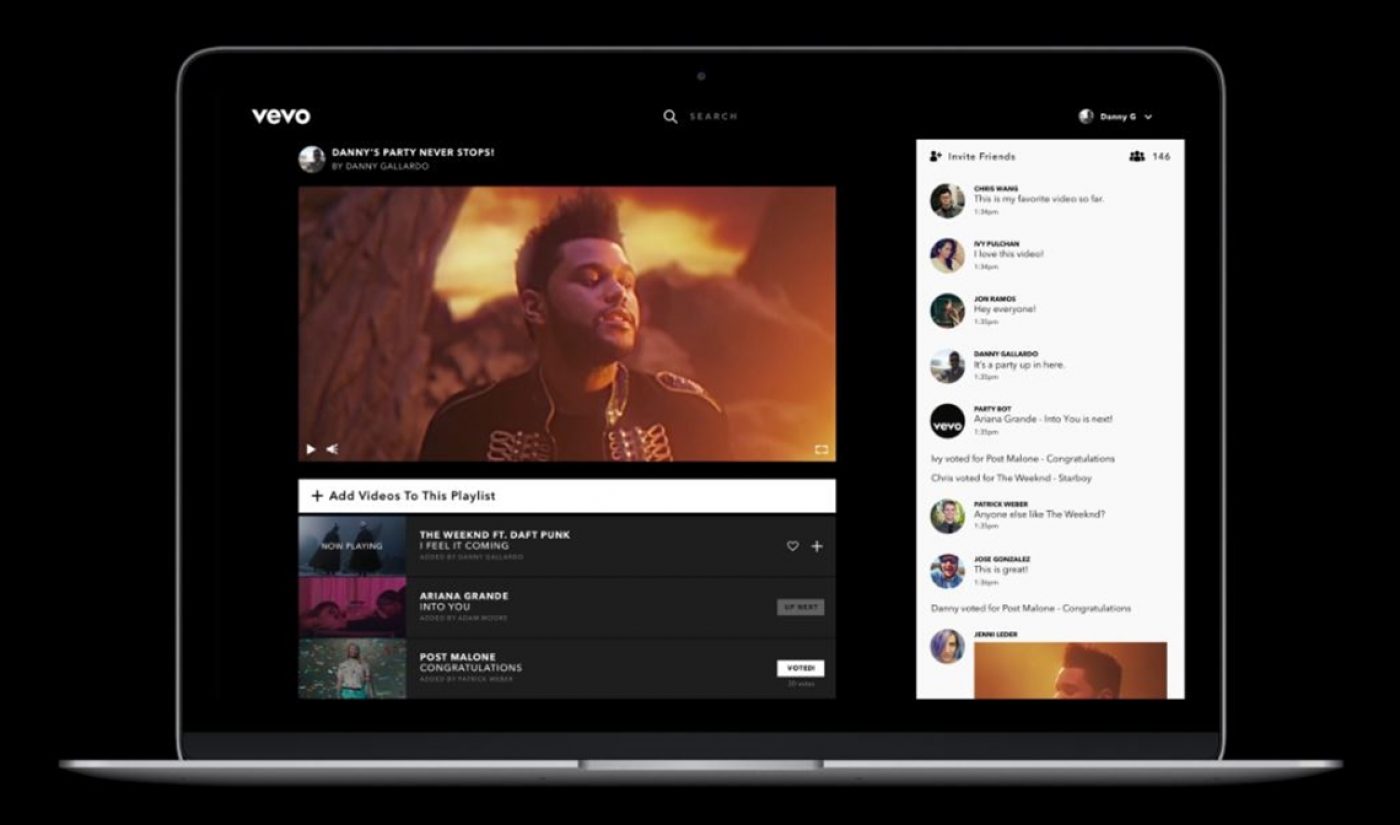 Vevo announced today a new co-viewing feature dubbed Watch Party as well as a redesigned version of its mobile app in a bid to drive more engagement, the company said. The updates, unveiled at South By Southwest, are also presumably intended to direct viewers to Vevo’s own properties as opposed to YouTube, where a majority of its viewership occurs.

Watch Party is a desktop-only service (for now) whereby users can invite an infinite number of friends to chat about music videos, vote on which ones they’d like to watch together, and then watch in sync from different locations. A total of 100 videos can be added to any queue. Vevo says its highest desktop traffic occurs during weekdays, when friends convene around music videos, and that’s why it’s piloting the service on computers.

Watch Party, which launches later this month, features a ‘Host Mode’, where one user can curate a unique playlist for friends and followers, as well as ‘Collaboration Mode’, in which members of a group can vote on videos to add to a playlist.

The service may sound similar to Uptime, a new Google app that lets users watch the same YouTube videos together in real-time while also sharing comments and reactions.

At the same time, Vevo announced that its revamped iOS app is slated to roll out in April, with an Android version to follow soon thereafter. A sleek new design blends technology and human curation, according to the company, showcasing artist stations that jump into specific playlists, as well as playlists curated by Vevo’s editorial team. The more that a user engages with the app, Vevo says, the more personal the experience will become.