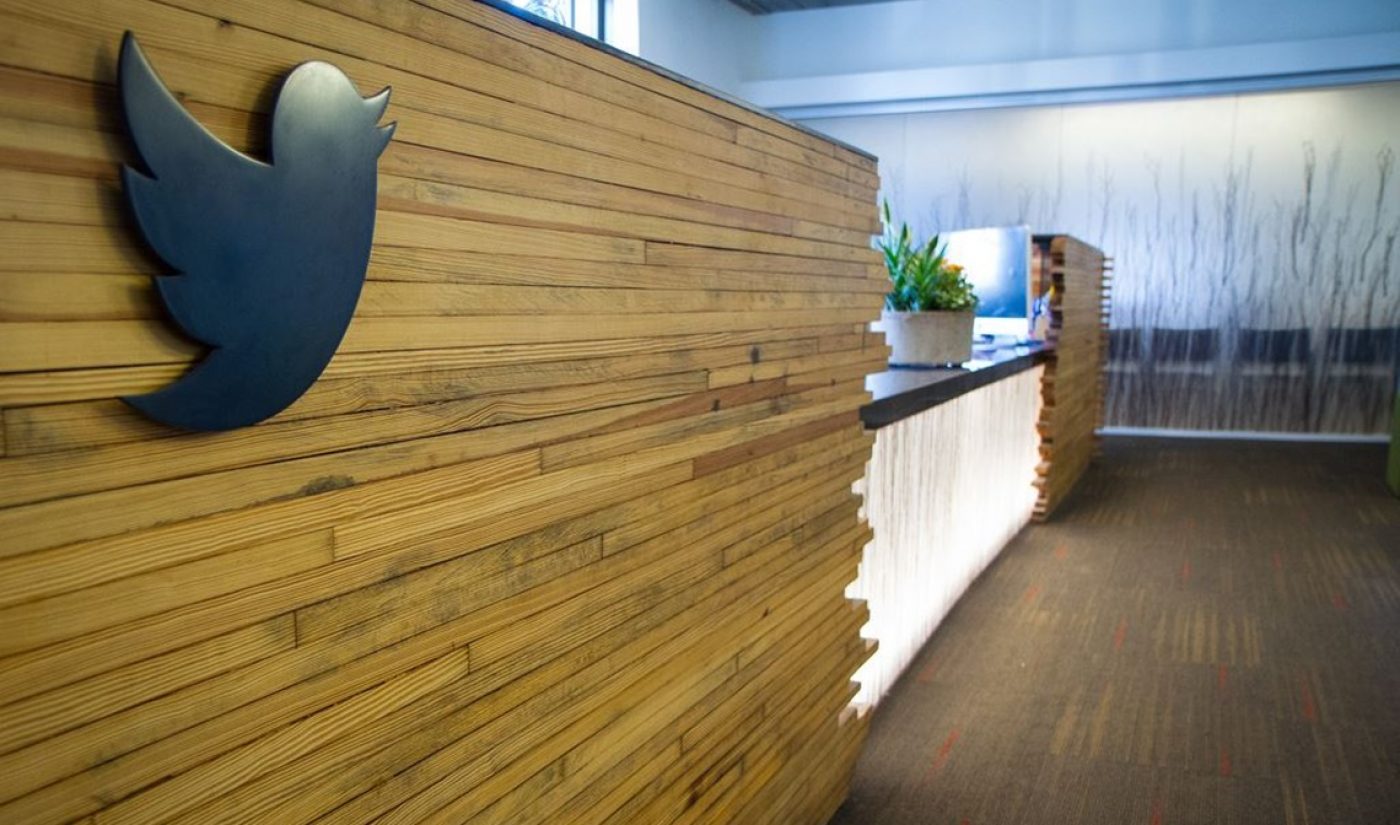 Twitter is set to make its NewFronts debut this year on May 1 — the first day of the two-week-long ad conference during which digital publishers tout new projects and initiatives in front of marketers and agencies in New York City. Twitter will announce new original content and live programming, according to a release.

Twitter says that video is its largest revenue-generating ad format. In recent months, it has sought to amplify its content offer in categories like sports, politics, and entertainment through partnerships with the NFL, BuzzFeed, and the Golden Globes. Last quarter, Twitter says that it streamed 600 hours of live premium video — or a total of 400 events — that attracted 31 million unique viewers.

“We have made major investments in video over the past few years, and being able to present the breadth, depth, and quality of that content at the NewFronts is the ultimate culmination of those efforts,” said Matthew Derella, Twitter’s VP of global revenue and operations.

In other NewFronts news, Yahoo announced that it will transition its NewFront presentation outside of New York City this year in order to host a series of intimate, local events across the country. (Twitter will be filling the slot that’s been vacated by Yahoo, Variety reports). The series of events are meant to reflect that “when it comes to video, it’s not a ‘one size fits all’ solution,” wrote chief revenue officer Lisa Utzschneider in a company blog post. Last year, Yahoo, which co-founded the NewFronts, hosted a scaled-down event at its New York City sales office.

Utzschneider noted that Yahoo saw an 85% increase in watch-time last year across all of its video properties, which includes key verticals like finance, sports, news, and beauty. The company says that it plans to double down on live events coverage in 2017.

You can check out the full NewFronts schedule on the Interactive Advertising Bureau‘s (IAB) website right here.