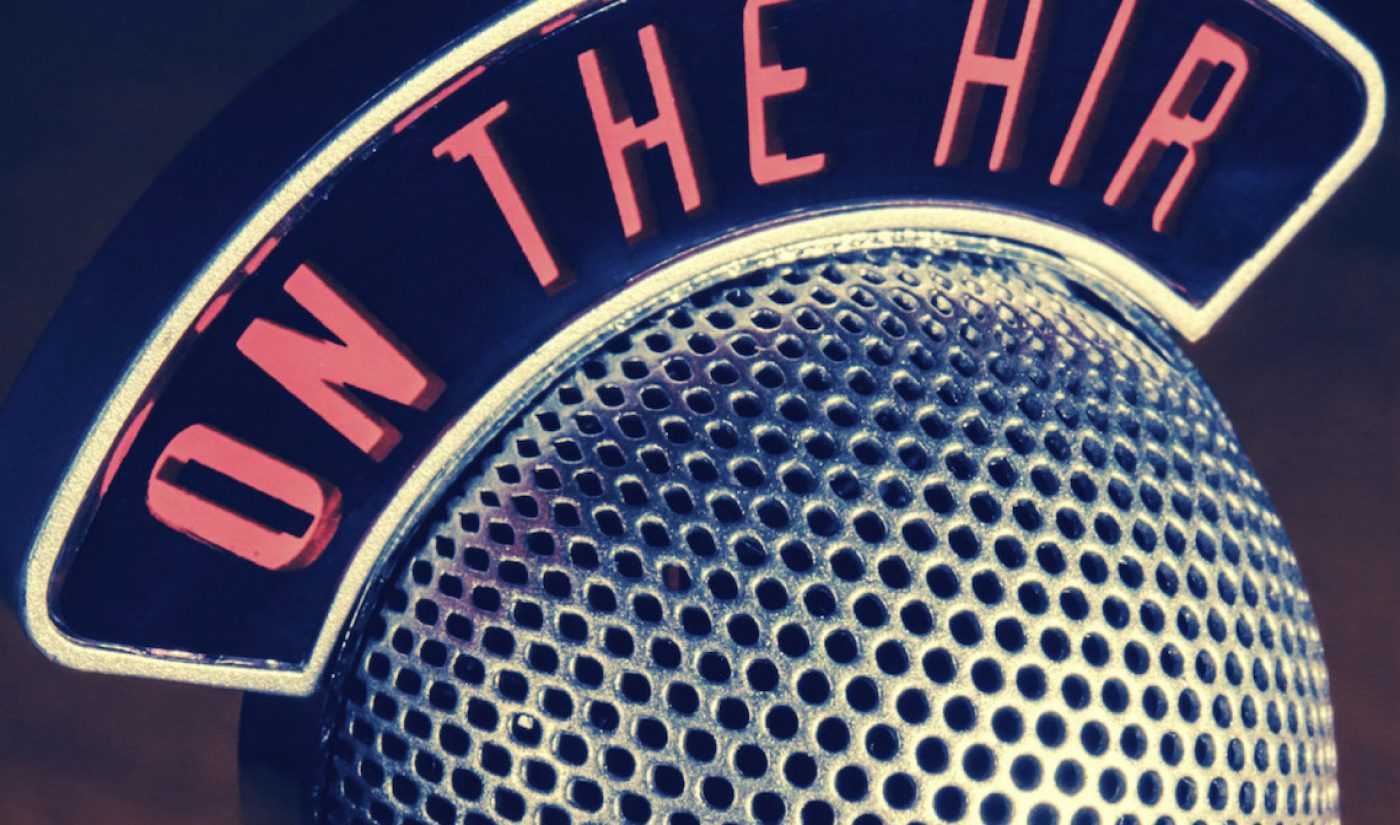 Verizon’s megadeal talks this week with Charter Spectrum (saw that one coming) may have distracted media reporters, but I think there hasn’t been enough attention to another (ironically) quiet revolution in entertainment: the explosion of audio entertainment offerings beyond radio.

It includes digital programming of many kinds, led by NPR’s chart-topping online offerings, digital music services such as Spotify and Apple Music, on-demand and portable shows focused on a dizzying array of topics, Facebook Live’s new audio streams and much else. And it’s being driven by a fundamental shift from creating content driven by who lives nearby to content based on who cares about it.

To be sure, traditional radio isn’t going anywhere. Unlike the sclerotic newspaper business, radio has been innovating wildly and nimbly for years.

Yes, amid all of the industry’s transformations, annual revenue has been flat, around $15 billion the past couple of years. But depending on whose numbers you believe, about 9 in 10 Americans still listen to radio at least weekly. And to its credit, what counts as traditional “radio” is wildly diverse, from conservative conspiracy nutters to sober all-news stations to rabid sports fans to every major and many minor music genres, led by country.

More importantly, traditional radio has adopted new technologies and extended its reach to many new platforms. That means not just shifting to data-rich digital broadcasting and satellite transmission, but also putting streaming video cameras in studios, offering on-demand programming archives and streams of alternate digital content, all while building a significant social-media presence for stations, specific programs, and star talent.

Look at the nation’s biggest broadcast-radio chain, which rebranded from Clear Channel to IHeartRadio. Now the IHeartRadio mobile app offers access not just to live streams from its hundreds of stations, but other content too, such as local public radio stations, podcasts, and two tiers of subscription services with more capabilities. With the rise of online, radio and its new successors are shifting from trying to reach a general audience in a geographic area near a transmission tower to using the Internet to reach a specific audience everywhere. New companies, creators and media platforms are driving that process into ever more specialized and diverse niches.

Streaming-music services, led by Spotify and its 40 million paying subscribers and Apple Music and its 20 million, are getting the most attention. Now, both services are adding video exclusives and other content to compete not just with each other, but ultimately with sites such as Netflix, Hulu, YouTube and Vevo.

At the same time, the streaming-music business is consolidating as also-rans consider their dwindling options.

Just this week, Sprint – backed by acquisition-minded Softbank – bought a third of Tidal for $200 million, giving Sprint’s 45 million customers “unlimited access.” Sprint also will set up a $75 million “dedicated marketing fund” to back more exclusive content. The deal is a lifesaver for hip hop impresario Jay Z, who bought Tidal for $56 million in 2015, then gave two-dozen superstar performers small stakes worth about that much more. Despite exclusives from those stars, the site has struggled for traction, which should no longer be an issue.

Other sites haven’t been as fortunate.

Earlier this month, Pandora cut its workforce 7% after Liberty-owned satcaster SiriusXM pulled out of acquisition talks. Only about 5% of Pandora’s 80 million users pay for the service.

Last fall, Samsung closed Milk, and financial concerns continue to hover over German-based Soundcloud, beloved by many podcasters and indie bands to inexpensively distribute their creations.

But streaming music is far from the only corner of the Beyond Radio universe. Companies such as Brain.FM, Pause, and Headspace are among many that offer subscription content designed to fuel meditation, relaxation, focused work, or improved mental acuity. Audio content of many kinds has become a much bigger business as ad networks and other business models evolve to improve revenues and sustainability.

I talked with long-time friend Tim Street, a consultant with podcast analytics company Podtrac.com and its related services Authentic Shows (representing podcasts such as Freakonomics, This American Life, Rooster Teeth, and This Week in Tehnology), and Showable Media (which helps to facilitate ad integrations on video and audio shows).

Street also works with online influencers Tyler Oakley, Ingrid Nilsen, and Cat Valdez among other notables. Talent like that, or a podcast tightly focused in a hot sector, can attract far better ad rates than just about any other Internet content.

And though only about one in five Americans has listened to a podcast in the past month, those numbers have more than doubled in eight years. It’s turning into a real business.

Last week, I spent a great deal of time in and around Anaheim for the mammoth music-gear nerdvana conducted annually by NAMM, the National Association of Music Merchants. There I talked with Greg Grunberg, one of those seen-everywhere actors (Heroes, Star Wars: The Force Awakens, Star Trek Beyond) whose name you still may not know. Out of his North Hollywood studio facility, Grunberg creates podcasts (often alongside tenant Kevin Smith), records music, and does voiceover work for promos, games, commercials, and animation. And if he’s on the road and needs to do voice work, the technology is now portable and powerful enough that Grunberg can break out a microphone in his hotel room, bookend it with sound-deadening pillows, and get to it.

“It’s a different world now,” said Grunberg, though he acknowledged the new tech and distribution options “open the door to a lot of schlock. Celebrity is still really important in this world, but that said, there are kids in their underwear in Kansas who are just killing it.”

NAMM exhibitors sell everything from school-band tubas to clear-resin electronic violins, agate-encrusted guitars to digital-audio-workshop software, DJ turntables to virtual-reality drum sets. And as big and diverse as the business of music-making gear is, it’s beginning to notice the rising opportunities with this new sector of audio creators.

Grunberg uses tech from Lewitt Audio, a young Austrian company whose offerings include a $579 mobile recording package of microphone and interface that can plug into a computer or smartphone. The company hopes the moderately priced package will appeal to podcasters and other audio creators beyond traditional music markets, said head of marketing Steffen Grachegg.

“That’s definitely a very interesting market,” Grachegg said. “We tend to see what they need and are looking for. The demand is different. Maybe they don’t buy 10 mikes, but just one or two. But they also talk a lot between themselves. This is a real candidate for crowd marketing.”

Scott Page, a former saxophonist with Pink Floyd and Supertramp before segueing to radio and an entrepreneurial career in technology and entertainment, was also at the show. His latest venture is called the Ignited Network. The Los Angeles-based “music accelerator” and a related private network are trying to leverage the shifting business climate, training, and enabling promising creators to deliver all kinds of audio, video, written and still-image content to (paying) superfans.

“Everybody has to be a media company now,” said Page. “The money is in the relationship. I call it the RP, the relationship product. It’s the greatest time ever to be an independent artist, but you have to be a business person too.”