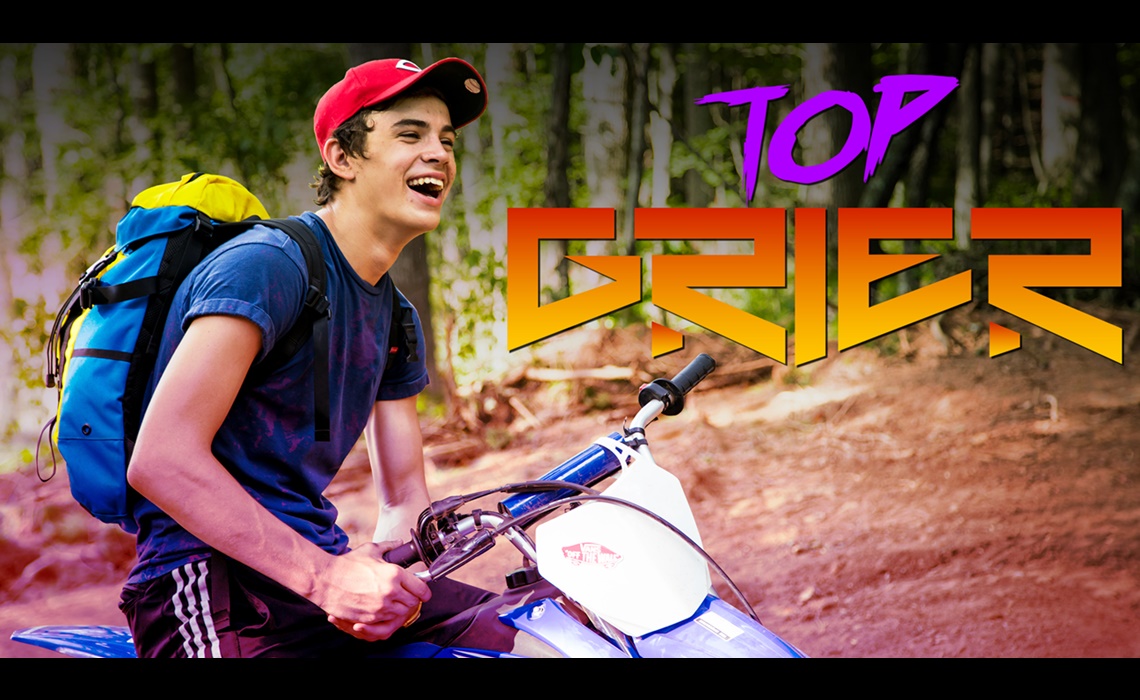 After growing up in Mooresville, North Carolina, Hayes Grier moved to Los Angeles to further the online video career he established alongside his brother Nash. Now, with a new show produced by Rated Red, Hayes is returning home to check up on his former stomping groups. He is the star of Top Grier, which is now available through the mobile-first video platform Go90.

Top Grier is a docuseries that stars Hayes and the rest of his “crew” from L.A. Upon returning to the Grier homestead, Hayes and his pals engage in all sorts of extreme sports activities, ranging from dirt bike racing to paintball. Along the way, viewers will be treated to some cameos from the other members of the Grier family, including Hayes’ two brothers: There’s Nash, who is also one of the most-followed personalities on social media, and Will, who is best known as a college football quarterback.

“I’m looking forward to my fans being able to get a glimpse into a really important part of my life and the people and things I love the most,” said Hayes Grier in a press release. “Making this docuseries has allowed me to capture stuff people have never seen from me, my family and my friends before and go90 is the only place to get it all.”

With its southern setting and its outdoorsy vibe, Top Grier fits snugly into Rated Red’s library of programs aimed at millennials within America’s heartland. Other shows from the Verizon- and Hearst-owned entity include For The Win, starring Brodie Smith.

The first season of Top Grier will consist of 36 episodes.