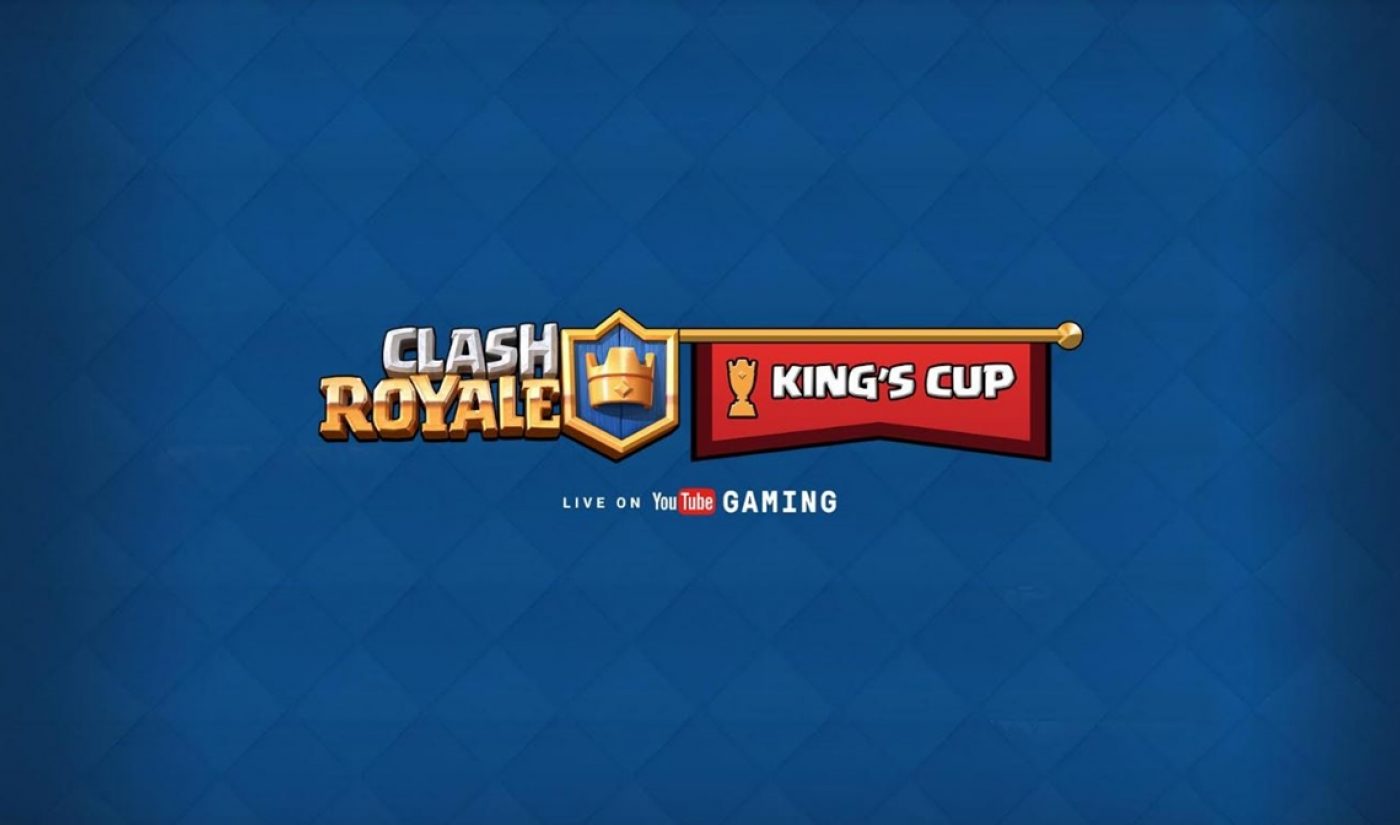 Clash Royale, which is the second most popular mobile game on YouTube this year, the company says, is a card-based player-versus-player brawler that was launched by mobile game company Supercell in March. The YouTube Gaming-hosted tournament, which has been dubbed King’s Cup Live, will kick off in Los Angeles this Sunday, where winners will ultimately be crowned after three heats from a $100,000 prize pool.

The King’s Cup Live tournament will play host to eight top YouTube gaming creators — including Alvaro845, ClashWithAsh, Chief Pat, Ddotty, GamingWithMolt, Godson, Nickatnyte, and Orange Juice — in contention against hundreds of other Clash players from across the globe. And for fans who can’t make it to Los Angeles, YouTube Gaming will host a King’s Cup Special Event Challenge alongside the tournament and available on both iOS and Android devices over the course of the weekend, in which participants can watch interviews with various contestants and will have the ability to play the game for prizes.

YouTube Gaming, which launched in August 2015, has hosted several eSports tournaments thus far featuring bold-faced gamers, including a Doom tournament starring iJustine, SSSniperWolf, and others in March. The service also recently expanded its live programming efforts with the debut of an interactive weekly talk show called Live With YouTube Gaming, which serves as the anchor for Primetime On YouTube Gaming, an eight-week experiment jam-packed with scheduled live programming from the platform’s top stars.

Check out a teaser for the King’s Cup Live tournament, which premieres right here on Sunday, below: