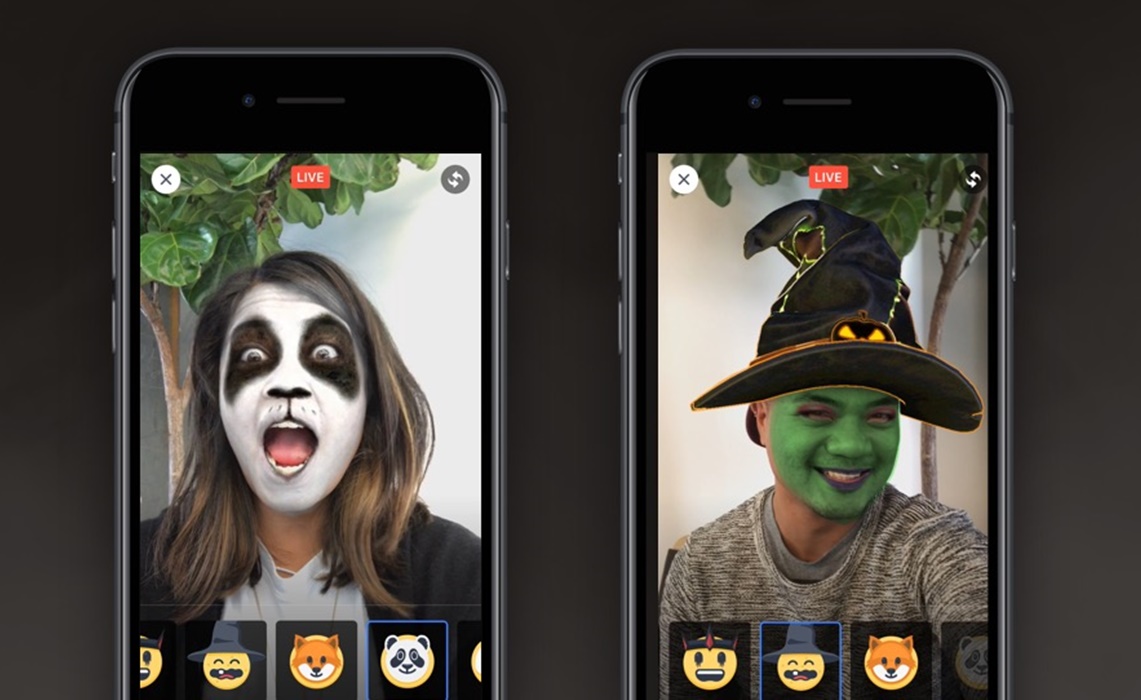 With Its Masks, Facebook Wants To Take On Snapchat

Facebook’s plan to take on YouTube, which includes the promotion of its own video player within its algorithm and a network of creative partners who are paid for live broadcasts, is well-documented. The social media giant, however, is also interested in biting off a chunk of Snapchat’s market share, and to that end, it has unveiled a new feature called Masks. Masks, which resemble Snapchat’s Lenses, let users dress up their faces in all sorts of augmented-reality costumes that can be incorporated into photos, videos, and live broadcasts.

Facebook debuted its Masks in time for Halloween, and users who go live on the Facebook app while now be able to do so while looking like a skeleton or witch. As is the case with Snapchat Lenses, adding a Mask to a Facebook broadcast requires only a pair of taps: one to turn the feature on, and another to select a Mask from among a series of preset options.

The launch of Masks steps from Facebook’s March 2016 acquisition of MSQRD (pronounced “masquerade”), a maker of video filters. After testing out the new feature over the summer, Facebook has now provided it for American, British, and Kiwi users, with plans to roll it out across other countries in the coming months.

As multiple outlets have noted, the launch of Masks is meant to increase sharing among Facebook users. The corresponding Snapchat feature has been a huge success in that regard, so we’ll see if Facebook’s take on augmented reality catches on in a similarly big way.