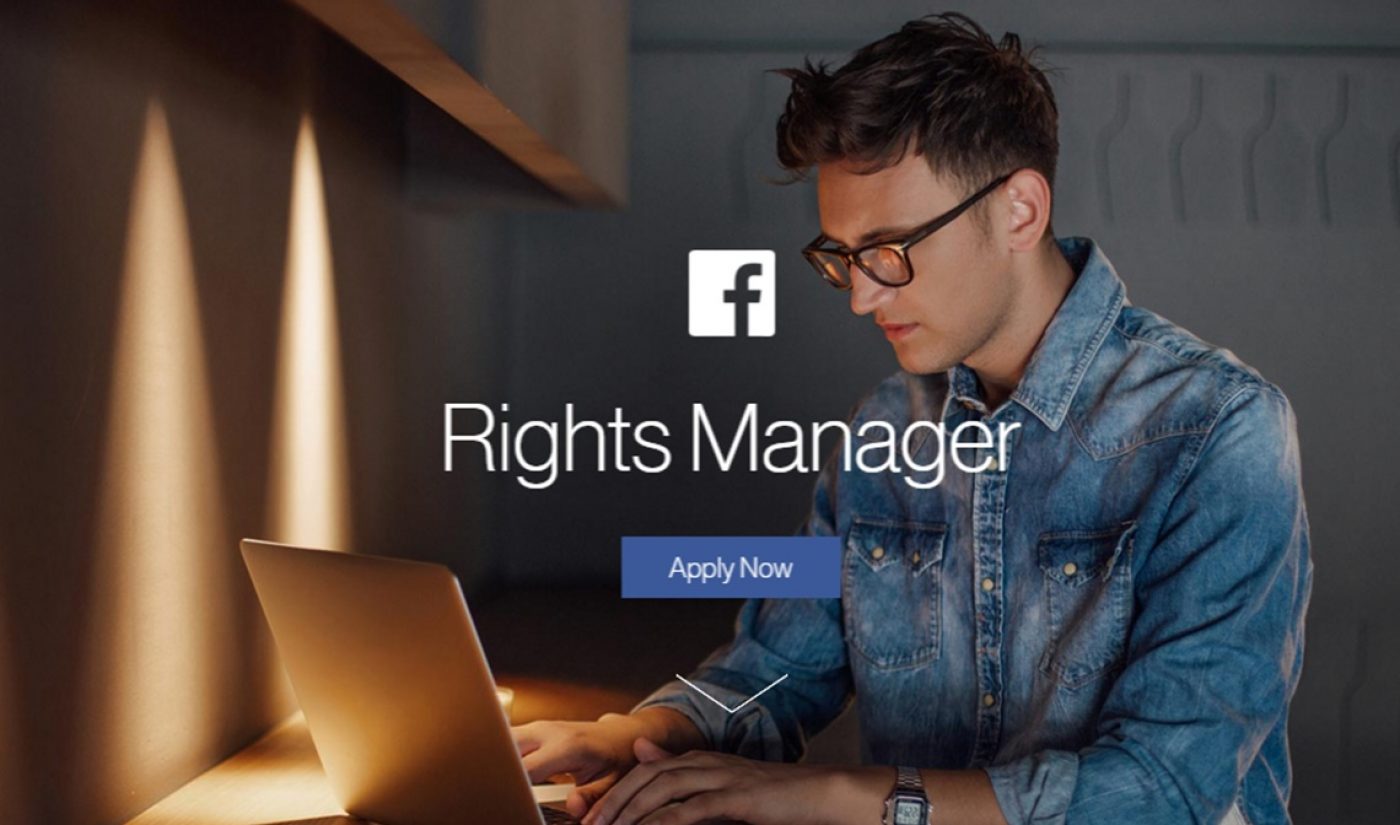 One of the major hurdles Facebook has faced in its quest to become a major player in the online video world is the presence of “freebooters” on its site. Freebooters, who re-upload content from other creators without permission, license, or attribution, have scored tens of millions of views on stolen videos, and top online creators have spoken out in protest.

Now, in order to assist its video community, Facebook has officially announced a tool that will strike back against infringement. It has unveiled its Rights Manager service, which mirrors YouTube’s Content ID system in its ability to identify and strike down freebooted uploads.

Some of Facebook’s video partners, such as Fullscreen, ZEFR, and Jukin Media, have had access to the Rights Manager for months, but the service is now being made available to a wider number of users. Like Content ID, Rights Manager uses a “fingerprinting” system that matches source files provided by rights holders to unlicensed reuploads on Facebook. An important point of note is that the source files need not come from Facebook themselves; they can be culled from other online video sites and TV broadcasts.

When it comes to freebooted content, Rights Manager should get the job done, but it will be interesting to see if Facebook is able to sidestep the issues YouTube has encountered with its own video matching software. Content ID has successfully cut down the number of unlicensed reuploads on the world’s biggest video site, but it has also give copyright trolls, overzealous claimants, and other trigger-happy users the ability to wield power against creators whose videos do not infringe upon existing trademarks or fall within the bounds of fair use.

There is some evidence that Rights Manager will not empower fraudulent users in the same way Content ID has. Most importantly, Facebook is requiring potential claimants to apply in order to use the software, which should cut down on the number of copyright trolls who gain access to it. That policy, it should be said, comes with significant drawbacks. Freebooters do not exclusively target major media companies, and while the Fullscreens and Jukins of the world should have no trouble gaining access to Rights Manager (and subsequently using it to defend their network partners), it may be difficult for independent creators to wade through a non-automated application, especially on a site that gets billions of views each day.

It’s worth noting that we cannot fully speculate on the impact Rights Manager will have until Facebook enables monetization on its uploads. Currently, the social media site’s videos are not ad-supported, which means there is a lot less at stake for creators whose work gets freebooted than there is on YouTube. Monetization, however, is coming to Facebook, and the site’s execs have discussed the need for strong revenue streams on their site. As Facebook partnerships director Dan Rose said on the day of the Rights Manager announcement, “It’s early days for our media platform.”