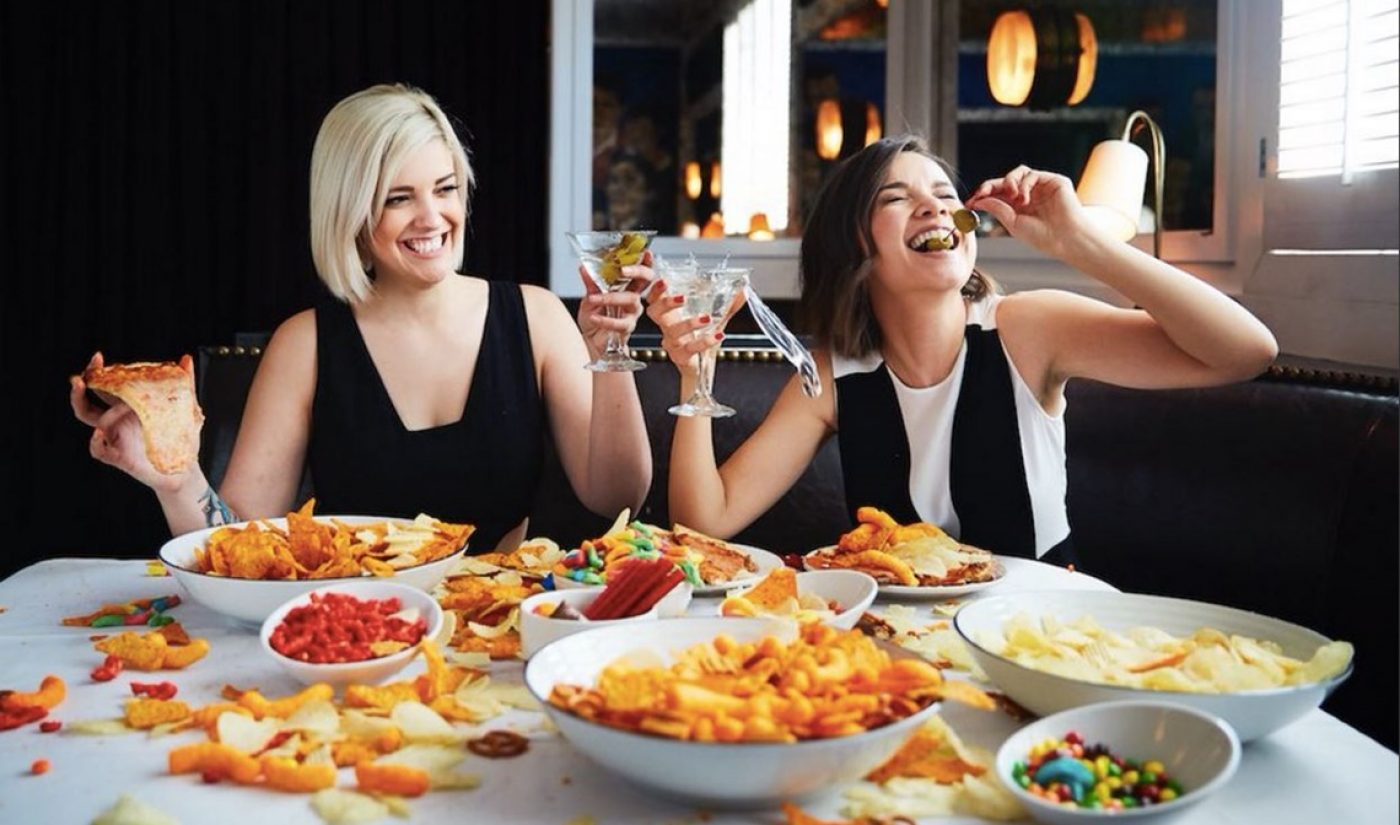 Longtime friends and fellow YouTube stars Ingrid Nilsen and Cat Valdes (also known by their digital monikers Miss Glamorazzi and Catrific) have launched a podcast together titled Ladies Who Lunch.

In weekly episodes, the ladies will “explore topics often left out of polite conversation,” they say, presumably over delicious meals. Though in the first episode — titled Friendship or Friendless? and sponsored by Audible — they’re doing a deep-dive into the meaning of friendship (including their own) over a bag of Flamin’ Hot Cheetos.

Future episodes, available on both iTunes and SoundCloud, will cover sex, relationships, and social phobias — all discussed with the ladies’ signature compassion and humor.

And Ladies Who Lunch is already off to somewhat of a roaring start — debuting at number nine on the iTunes Top Charts after launching just yesterday. Listeners also seem to be loving the project. “Feels like you’re eavesdropping on a conversation between close friends,” reads one review on iTunes. “You don’t want to stop listening.”

Many YouTubers have segued into podcasting in recent years to great acclaim — so much so, in fact, that iTunes created a special landing page to plug them all. Tyler Oakley, for instance, launched Psychobabble alongside bestie Korey Kuhl in September 2014, which is billed as an unfiltered gossip session, while Grace Helbig’s audio-visual podcast Not Too Deep, in which she interviews famous YouTube friends, also premiered that same month.

Other YouTubers-turned-podcasters include Rhett and Link, Jenna Marbles, Kinglsey, Philip DeFranco, Meghan Tonjes, and Shane Dawson, who is re-launching his podcast, Shane and Friends, with a visual component on Fullscreen’s forthcoming SVOD service on April 26.