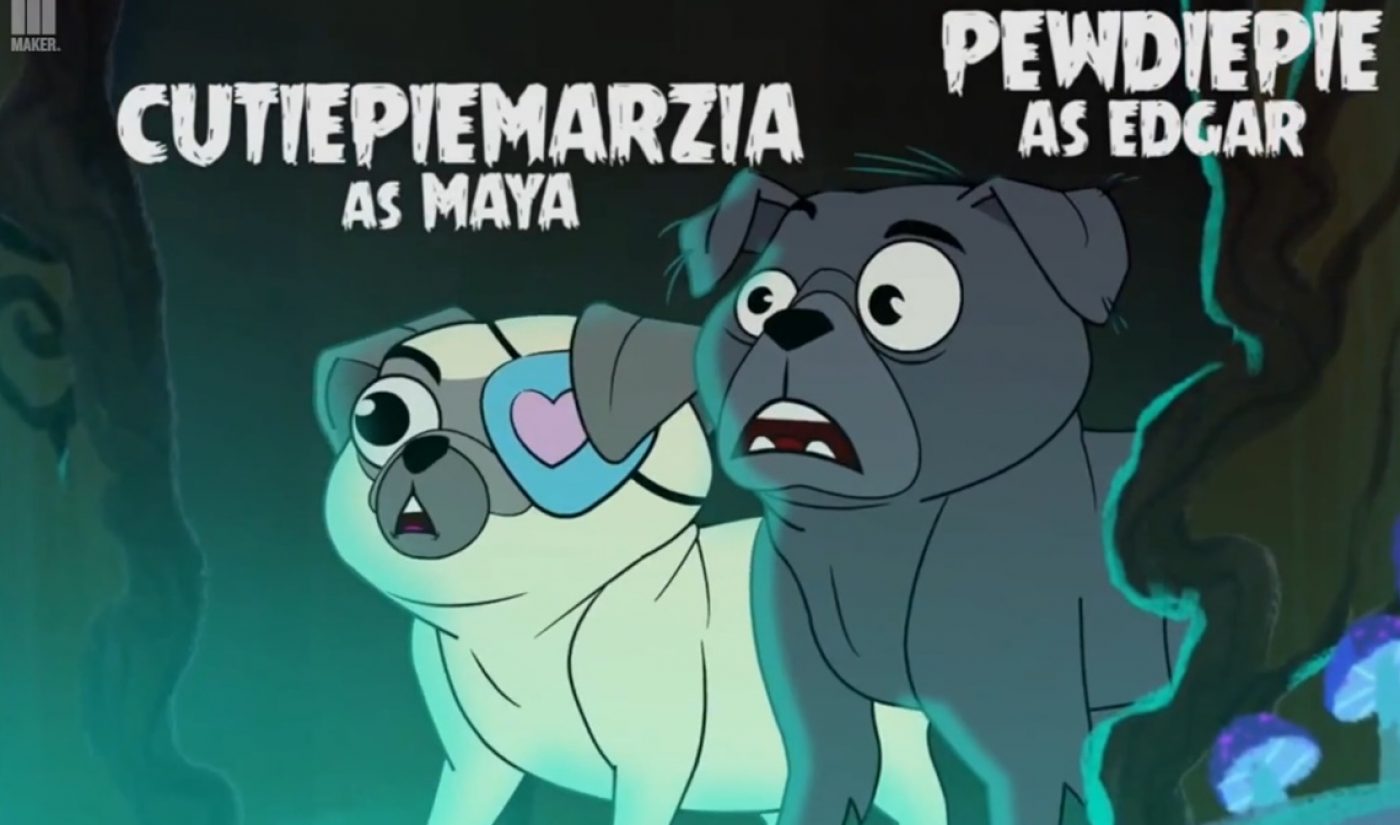 At their home in Brighton, England, YouTube stars and boyfriend/girlfriend pair Felix “PewDiePie” Kjellberg and Marzia “CutiePieMarzia” Bisognin live with their two pugs, Maya and Edgar. Usually, it is the two humans who star in YouTube videos, but a new web series will put the pugs front and center. Kjellberg and Bisognin will voice their pets in Pugatory, an upcoming animated show that will arrive on Halloween.

In Pugatory, Maya and Edgar will be placed into a spooky scenario, which they must escape in order to return home to their owners. The animation, done by Cosmic Toast Studios, is full of dark shades, while the script is flush with the sort of broad humor that has helped turn Kjellberg’s channel into YouTube’s most popular destination. You can take a look for yourself in the series’ trailer:

“Having the chance to work on this project has been a dream come true for me,” said Bisognin in a press release. “This was truly a great experience and it has been a thrill to see the creative vision behind this quirky, fun story come to life. The anticipation and feedback has been so great, and I cannot wait to share it with all my viewers!”

Pugatory was announced during the 2015 Newfronts presentation of Maker Studios, the network partnered with both Kjellberg and Bisognin on YouTube. Back then, it was referred to as The Look of Knowing: Part 2, in reference to a previous project Bisognin developed for her channel. Maker will support the series’ release with some relevant merchandise, including a companion book titled The Art of Purgatory.

In total, Pugatory will run for six episodes; the series will arrive on its official website on October 31st.