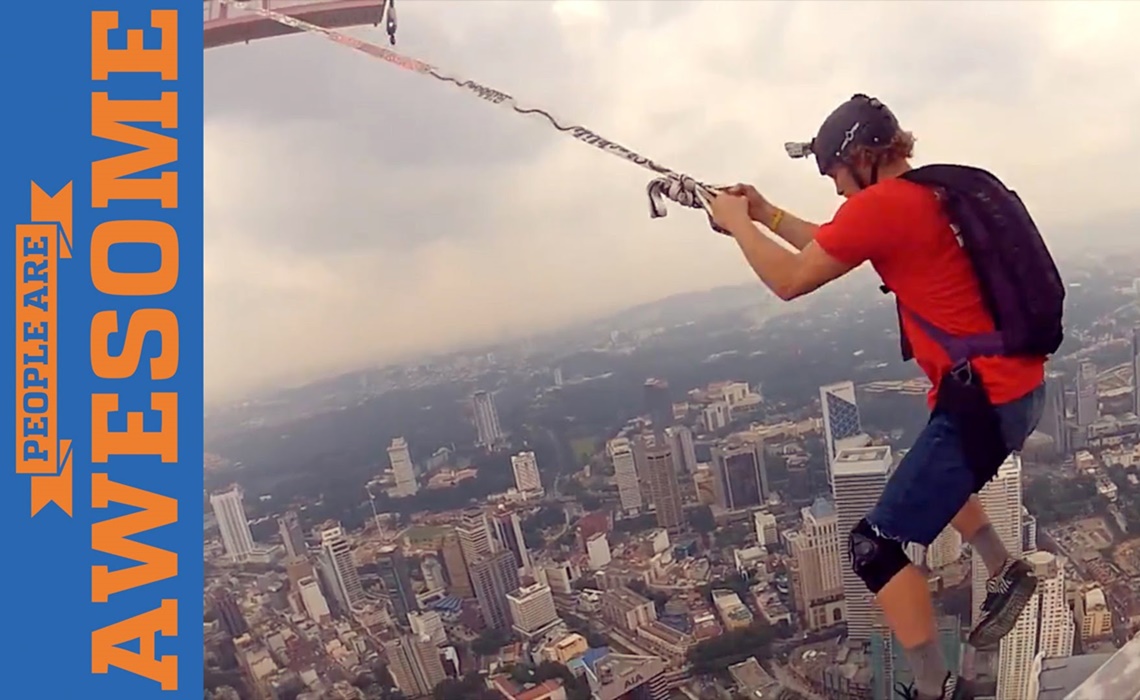 A recent deal has united two companies that specialize in user-generated videos. Jukin Media, the clip-licensing company that also runs a multi-channel network on YouTube, has acquired People Are Awesome, a channel that releases montages of crazy stunts.

The People Are Awesome YouTube channel, which has more than 400,000 subscribers and upwards of 21 million views, provides a mixed bag of extreme sports, stunts, and (of course) cute kids. The channel’s most popular videos are its montages which jam dozens of entertaining tricks into individual videos. The channel’s 2014 montage has received more than 11 million views, and it is bound to inspire you:

People Are Awesome is a natural match for Jukin Media, whose properties–such as its homegrown Jukin Video channel and the FailArmy hub–are dedicated to user-generated videos that often go viral. “People Are Awesome was an obvious fit for our portfolio,” said Jonathan Skogmo, Jukin Media’s founder and CEO, in a press release. “We know how to program and package viral videos in ways that resonate with viewers, and that’s exactly what People Are Awesome has done so well.”

As part of the deal, People Are Awesome’s London-based employees will join the Jukin Media team based in the British capital. Financial terms of the deal were not disclosed.