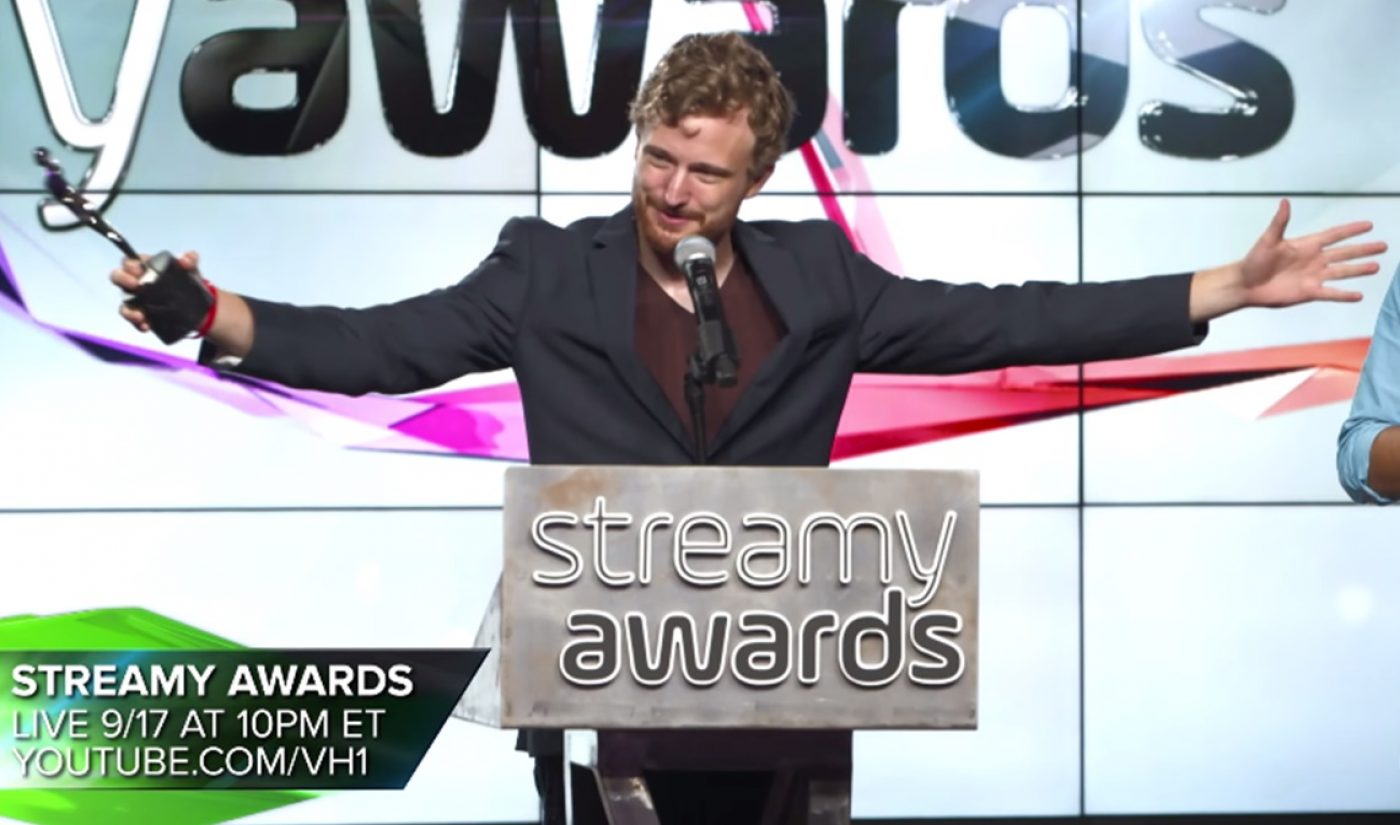 On September 17th, the Streamy Awards will return for its fifth rendition (and its first foray on TV, thanks to broadcaster VH1). Three days before the show, however, the majority of the its categories were decided. At an event at YouTube Space LA, the winners in 35 Streamy Award categories were revealed. The frequently-lauded Epic Rap Battles of History (ERB) lead the way with four triumphs.

One category at a time, HollywireTV’s Chelsea Briggs and Tubefilter’s own Drew Baldwin (who filled in for GloZell Green) presented trophies to the channels, series, and content creators that most excelled in the past year. ERB, which has long excelled in both technical and creative categories, won awards for its editing, its costume design, and its Romeo and Juliet/Bonnie and Clyde episode, which featured Grace Helbig and Hannah Hart as guest stars. With these victories, ERB has now earned ten Streamy Award wins in total.

Another big winner was filmmaking channel Corridor Digital, which won in the Action/Sci-Fi and Special Effects categories. Niko Pueringer, the channel’s co-founder, also accepted an award for SnapperHero, a Snapchat series directed by the Corridor Digital team.

A full slate of clips from the event is available on VH1’s YouTube channel:

The remaining nine awards on the Streamys docket will be doled out on September 17th, during a televised ceremony produced by VH1, Dick Clark Productions, and Tubefilter. To see who takes home the rest of the trophies, tune into VH1 beginning at 10 PM EST.

Here is a full list of the winners announced during Monday’s pre-show event:

NEWS AND CULTURE – The Young Turks