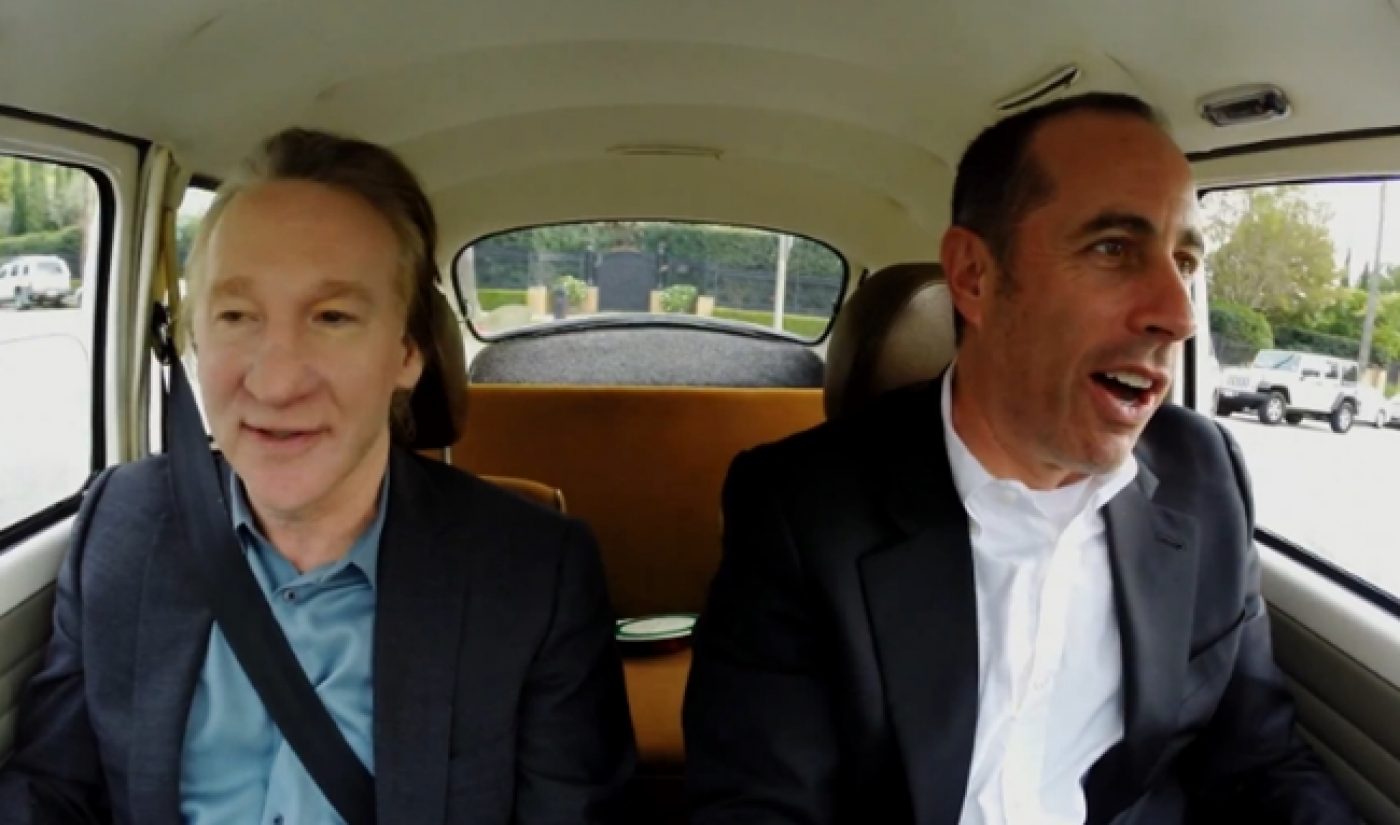 This year, Sony’s Crackle platform opted to present its upcoming original programming during TV’s upfronts rather than the web’s Digital Content Newfronts. In choose to align with TV, Crackle GM Eric Berger cited content that is “long form and premium,” which he believes most closely appeals to TV advertisers.

At Crackle’s upfront presentation, it showed off some of this long form content. Among other new programs, Crackle will debut the feature film Joe Dirt 2 and its first hour-long series, The Art of More.

Crackle’s plan to roll out a sequel to 2001 cult classic Joe Dirt has been in the works for two years, and during its latest presentation, the distributor revealed a July 16th release date for the David Spade comedy, which is billed as the “first ever made-for-digital sequel to a major motion picture.”

Later in 2015, Joe Dirt 2 will be joined by two more brand new Crackle originals. The Art of More, which will star Dennis Quaid, will be a drama set in the world of auction houses. Another new project, Supermansion, sees Crackle team up with Stoopid Buddy Stoodios for an animated, half-hour comedy that will feature Bryan Cranston in the lead voice role.

Several existing Crackle programs will also return. Chosen, starring Milo Ventimiglia, will transition to an hour-long format for its fourth season, and the Dan Patrick-hosted Sports Jeopardy! will return with new episodes as well. The most well-known Crackle series, Comedians in Cars Getting Coffee, will also roll into its sixth season. As seen in a recent teaser, Jerry Seinfeld‘s upcoming guests include Stephen Colbert, Bill Maher, Steve Harvey, Julia-Louis Dreyfus, and Trevor Noah.

Here, courtesy of Crackle, is a full list of the platform’s upcoming original programs, with descriptions for each one:

In this sequel to the 2001 cult favorite, David Spade (“Rules of Engagement”) returns as the mullet-wearing, rock and roll loving, down on his luck white-trash-hero who embarks on another epic journey, this time through the recent past, the heartland of America – and his own mind – to get back to his loved ones. Joe Dirt is back with a vengeance, and a mop. David Spade reprises his role alongside Oscar winner Christopher Walken (WEDDING CRASHERS), Brittany Daniel (“The Game”), Dennis Miller, Adam Beach (FLAGS OF OUR FATHERS). Patrick Warburton (“Rules of Engagement”), Mark McGrath (SHARKNADO 2), Charlotte McKinney (“Dancing with the Stars”) and Kevin Farley also star in the sequel.

The Art Of More is a groundbreaking drama starring Dennis Quaid (“Vegas,” ANY GIVEN SUNDAY) that goes into the underbelly and surprisingly cutthroat world of premium auction houses. We follow a blue collar young man, Graham Connor, played by Christian Cooke (“Magic City”) who leverages his way into this exclusive realm by exploiting connections to antiquities smuggling rings he was exposed to as a soldier in Iraq. Kate Bosworth (STILL ALICE) plays the role of Roxanna Whitney, daughter of the CEO of one of the two warring auction houses—and a leading account executive. Although she was born into this exclusive world and thrives in it, she is riddled with insecurities that drive her to be a formidable executive in her own right.

A sequel to the popular DEAD RISING: WATCHTOWER, which takes place during a large-scale Zombie outbreak when a mandatory government vaccine fails to stop the infection from spreading.  Based on the worldwide hit video game franchise.

“Sports Jeopardy!,” hosted by the Emmy®-Award winning sportscaster Dan Patrick (“The Dan Patrick Show”), is a spinoff of Sony Pictures’ record Emmy®-Award winning hit game show. “Sports Jeopardy!” allows a unique level of interactivity as viewers can download a mobile game that interacts with the show as a second screen application to unlock new clues.

Nick Capelli emerges from prison into a world where his once strong mafia family – and the very fabric of Italian organized crime itself – has eroded, leaving him with no direction, but an uncontrollable need to try to recreate his past life. But this time it’s going to be different… In the modern world where the mafia doesn’t command respect like it used to, CAPO takes a look at what it would take for a modern crime organization to rise today.

Continuing the story of Ian Mitchell (Ventimiglia) and his family, the second season of “Chosen” goes deeper into the deadly game the Mitchells were swept into and follows the lives of others who also received mysterious boxes forcing them to kill – or else – including new character Jacob Orr (Murray). The second season of six half-hour episodes ensures to pack more thrills, suspense and jaw-dropping moments.