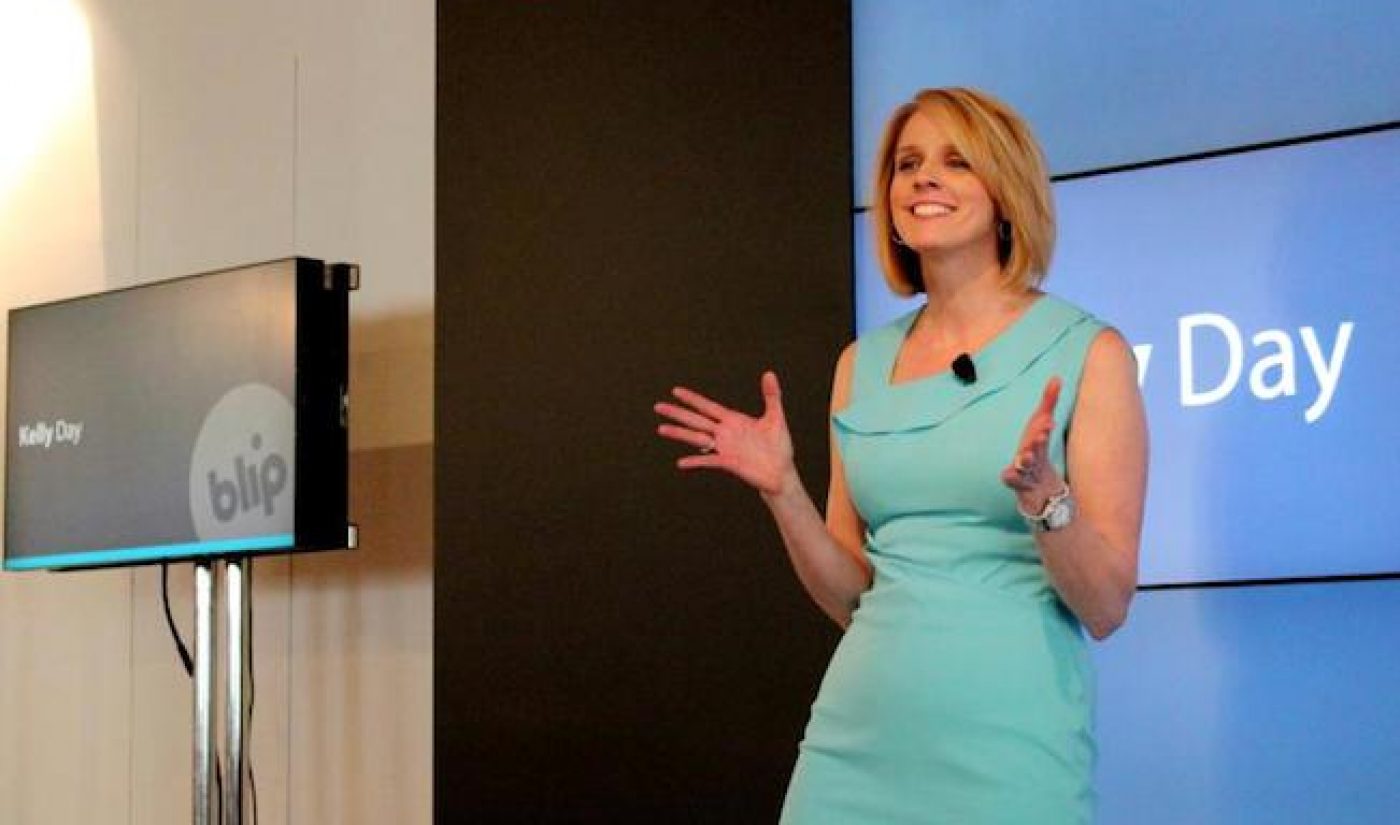 AwesomenessTV today announced it tapped Kelly Day as its Chief Digital Officer. The former Blip CEO and Digital Media executive at Discovery Communications will oversee the wholly owned subsidiary of DreamWorks Animation and burgeoning film and television production studio‘s YouTube multi-channel network. Day will also work to increase the distribution of AwesomenssTV and its partners’ content across digital platforms and into international markets.

“Kelly has a strong track record for building multi-platform brands and businesses, which makes her invaluable as we expand AwesomenessTV into new areas,” said Brian Robbins, co-founder and CEO of AwesomesnessTV in the release. “We have an ambitious growth strategy planned for 2014, and Kelly will play a key role on our growing senior management team.”

The news comes less than half-a-year after Day took on an advisory role at another prominent YouTube multi-channel network.

Maker Studios acquired Blip back in August 2013, where Day had been CEO for roughly 18 months after replacing the company’s original CEO and co-Founder, Mike Hudack. Bip was particiularly attractive to Maker Studios for its video player and associated technology, as the MCN later revealed plans to build out online video destinations along content verticals powered by its very own player. Day stayed on board as an Advisor throughout the transition.

In her new position, Day will report to Brett Bouttier, Chief Operations Officer at AwesomenessTV.