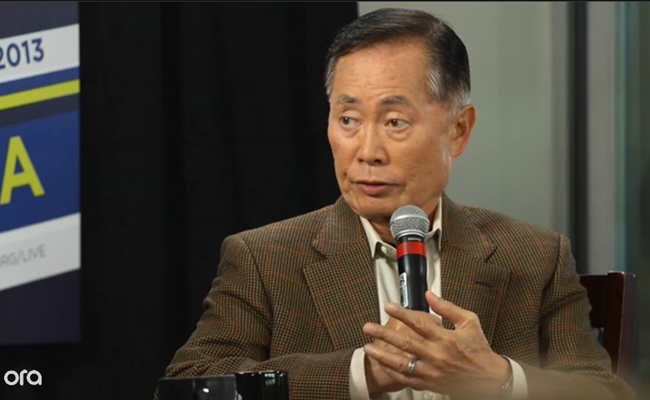 As Social Media Week Los Angeles comes to a close, let’s look back at one of the weeklong event’s crowning moments: Thursday’s taping of Larry King Now, where the legendary interviewer sat down with Star Trek actor, social media superstar, and YouTube host George Takei for an honest conversation.

Takei and King touched on a number of different subjects, including Takei’s new Takei’s Take YouTube show, his decision to come out after then-Governor Arnold Schwarzenegger vetoed a gay marriage bill, his relationships with Trek actors past and present, and, most fittingly, his role as a leading social media influencer. “I’m bringing a whole brand new demographic,” he said of his YouTube show and huge Facebook presence, “because the original Star Trek fans are now already AARP.”

The episodes can be seen on Ora.tv and Hulu, and is embedded below:

Takei is one of the most fun characters on the Internet, and he’s still plenty sharp. “The glue that i use to keep all of my diverse audience together is humor,” he said. “That is universal.” Well said, George.