The ‘Dick Figures’ Movie Is Here, And You Can Order It On Yekra 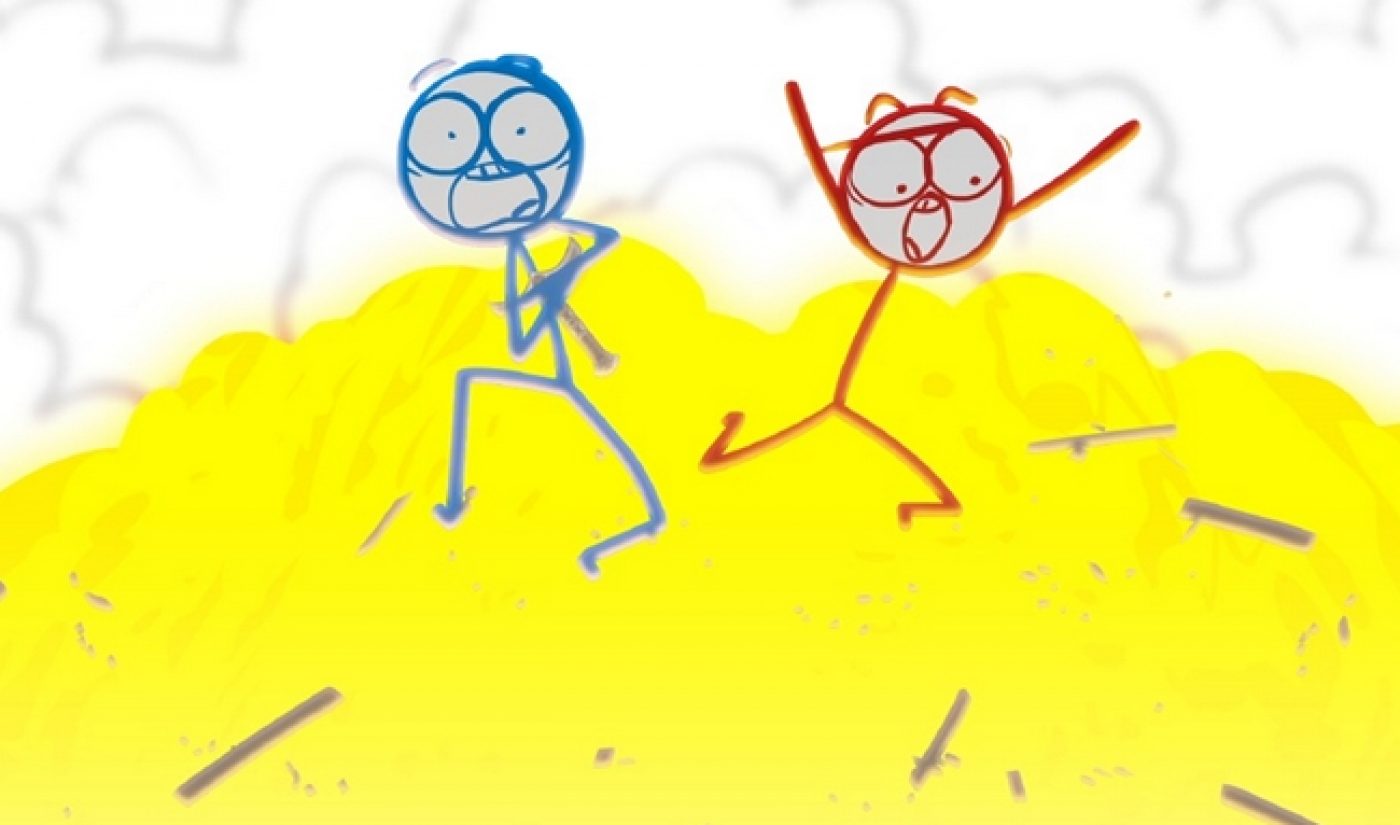 After more than a year in production, Dick Figures: The Movie is here. The slapstick, animated adventure is now available across multiple platforms, including fairly new pay-to-view service Yekra.

Dick Figures‘ Yekra release most piqued our interest because Zack Keller and Ed Skudder‘s film represents (at least from our point of view) the most intriguing release from the platform since it closed a $3 million funding round in May. With more than 350 million views across all of its episodes, the Mondo Media web series clearly has a huge audience, but will they pony up to purchase the film? Will the fans who donated to the Dick Figures Kickstarter campaign be willing to dip into their wallets a second time to support their favorite stickmen?

Yekra CMO Greg Matuskiewicz thinks so. “It starts with content, the film is amazing and seriously funny,” he said. “After meeting with the creators Zack and Ed and the teams at 6 Point Harness and Mondo Media we share a mutual interest with engaging audiences in a new way, we knew we needed to work together.”

Yekra’s ace in the hole is its AffiliateConnect system, by which the film will be distributed specifically towards like-minded audiences. We were curious as to how this system works and how effective it is, so we decided to sign up as affiliates for Dick Figures. If you previously missed the film’s trailer, you can check it out below, and if you like what you see, you can purchase it right here.

Yekra is a revolutionary new distribution network for feature films.

“Dick Figures The Movie” tells the story of Red and Blue, best friends turned enemies, who hunt for The Great Sword of Destiny in order to save the world… and their friendship.

Of course, you could also just wait for the movie to come out in an episodic format down the line on YouTube. Or you could watch it right now. It’s your call.