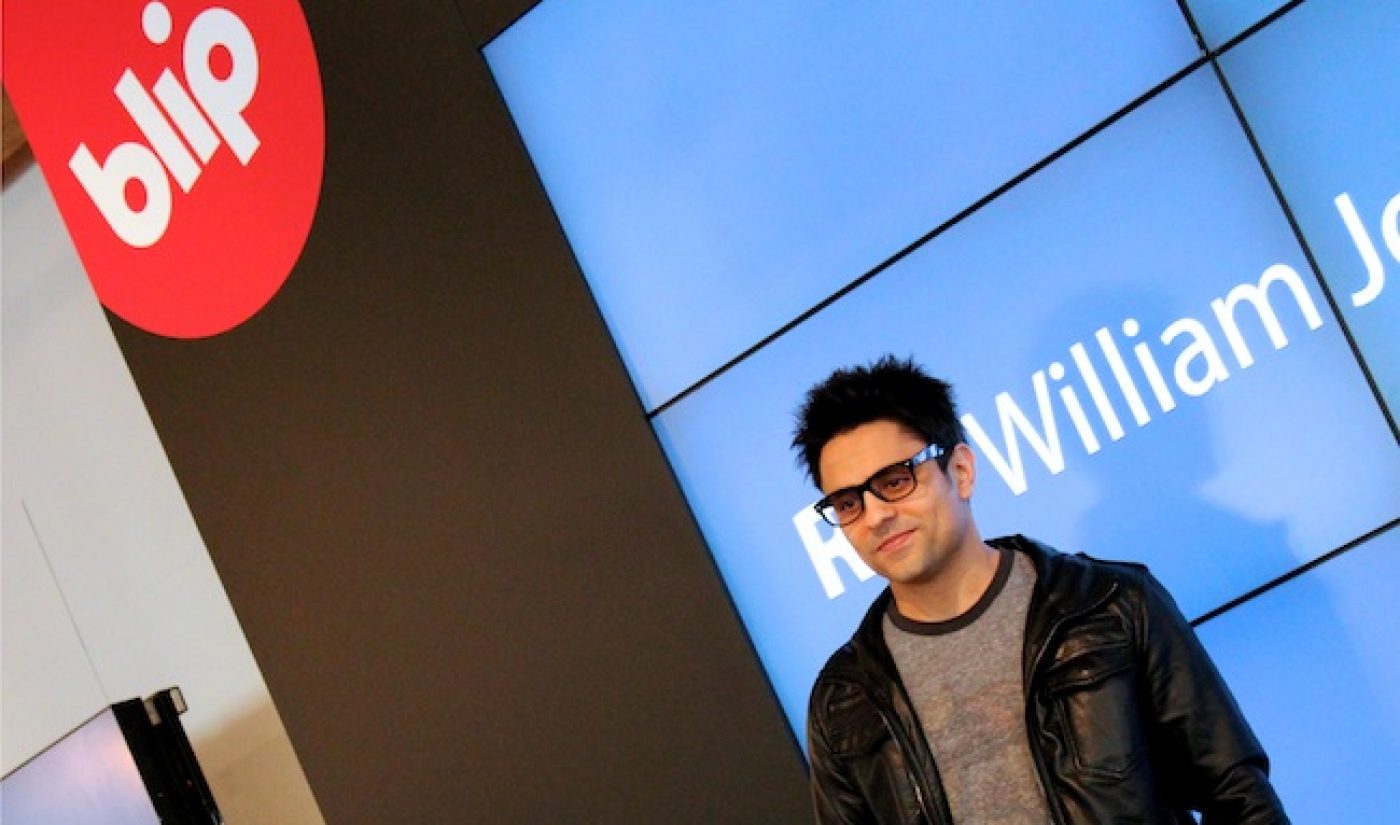 Ray William Johnson recently made headlines by tweeting about his intention to sue Maker Studios if the multi-channel network does not return control of his Adsense account to him. Still, beyond that messy ordeal, the top YouTube creator continues to work on creating his own production company, Runaway Planet.

Now, Johnson has secured a big name platform to aid him in his new endeavor. He appeared on stage at Blip‘s Digital Content Newfronts presentation, where Blip CEO Kelly Day announced the company’s plan to provide seed money for Runaway Planet.

Johnson and his girlfriend, Anna Akana, have been chronicling the genesis of Runaway Planet on a vlog channel launched earlier this year.

Blip’s influx of an undisclosed amount of cash will go towards new programming produced by Johnson and Runaway Planet. That programming will then be distributed on Blip and possibly the internet at large.

[Correction: 05/01/13 2:15PM ET] This story originally stated that Johnson and Julian Smith were partners on Runaway Planet, which Johnson says (in the comments below) is not the case. The two have collaborated on a single project. The story also originally defined Runaway Planet as a “network” when it is a “production company.”