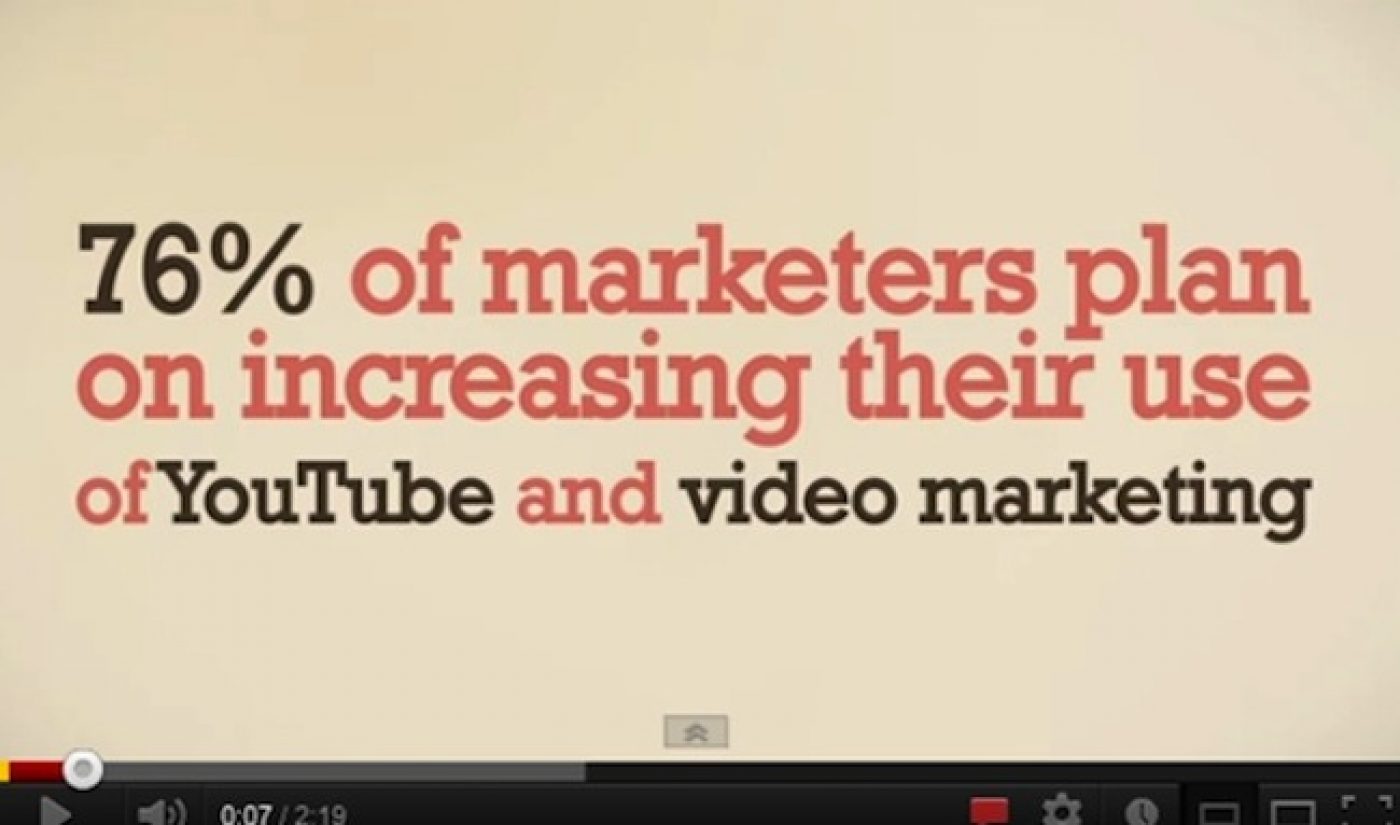 YouTube user James Wedmore has released a kinetic typography video that informs us of a bunch of interesting and inconceivable facts about the world’s largest video sharing site. If Wedmore’s accurate in his visual representation of the site’s numbers, John Lennon might have to move over, because YouTube appears to be bigger than Jesus.

The stats in Wedmore’s video encapsulate the true popularity and marketing utility of online video. These are numbers many of you readers have heard before, but displayed in a new way for easy jaw-dropping consumption.

YouTube is the third most popular website in the world, trailing only Facebook and Google (that Facebook has supplanted Google as the world’s most visited website speaks to the power of social media, but that’s a story for another time). There are 800 million unique users on the site, over 10% of everyone on earth. Perhaps the most mindboggling stat in the video is a statement that the average human on earth watched 140 videos last year. I think I personally skewed that stat by watching  Guy runs into wall a few thousand times last year, but it’s still an unfathomable amount of views.

In addition to those crazy stats, the video also displays the power of YouTube as a marketing tool. 76% of companies are now upping their efforts in video marketing, and Google’s stock is rising since acquiring YouTube, while the big TV networks are going in the opposite direction (though that’s more likely due to Google’s other businesses, but that’s another story for another time). Wedmore’s method for comparing YouTube to other social media networks is dubious (he uses impressions as his metric for YouTube but not for other websites), but his final message is clear: video could reach up to 90% of all web traffic by 2014, and that alone is certain worth a potential investment.

Wedmore’s channel also offers tips for increasing visibility on YouTube, and he has released a comprehensive report on his website. His video is definitely not an unbiased analysis, but I sure thought it was neat. And a big shout out to WillVideoForFood for keeping us up to speed with vids like the above.