YouTube is expanding its audio tracks to support multiple languages 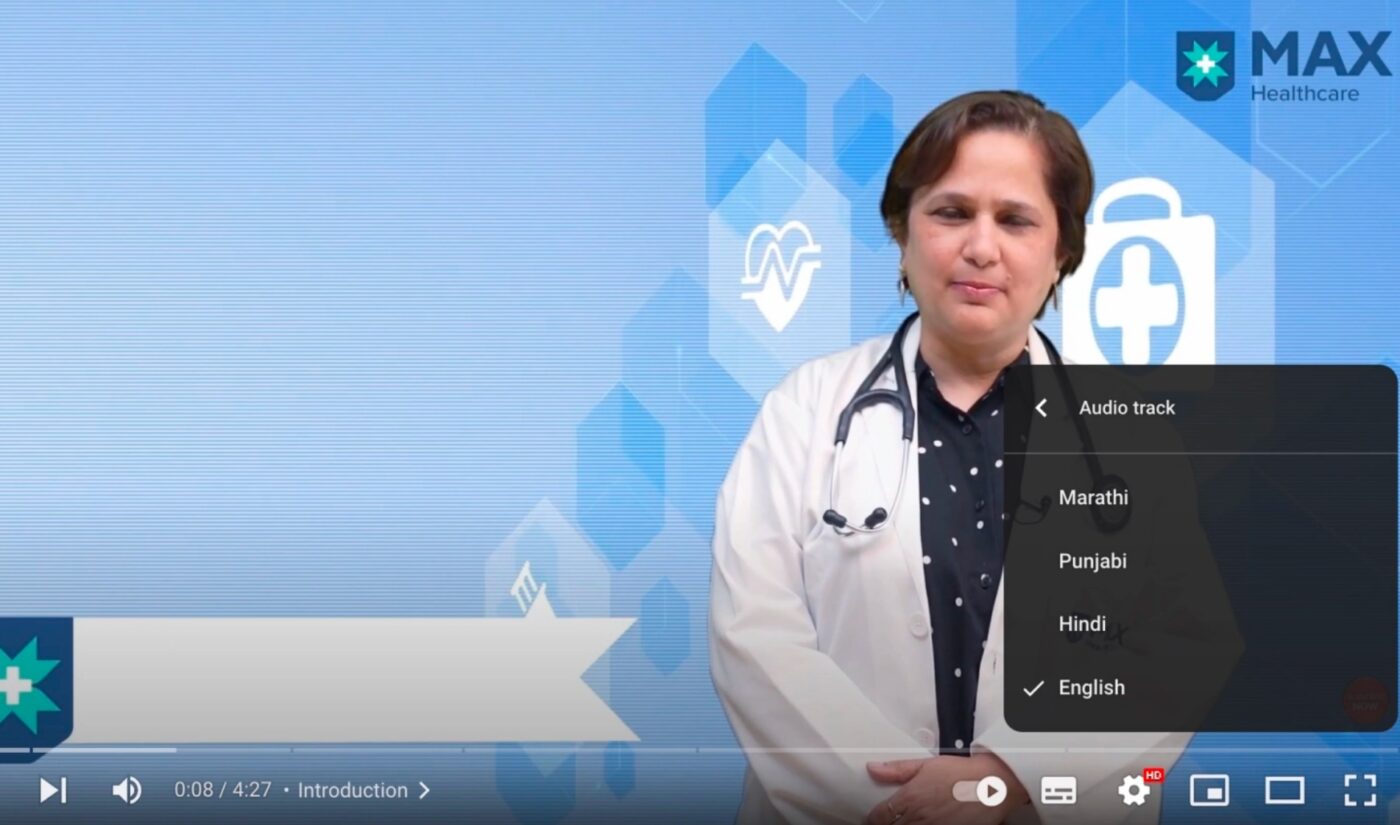 There are 22 official languages in India, and YouTube is making it easier for viewers to toggle between those tongues. At the Google for India event, the tech giant’s video platform announced that it is bringing switchable audio tracks to India, with a specific focus on healthcare videos.

Initially, the multilingual audio option will allow users to choose between English, Hindi, Marathi, and Punjabi tracks on certain videos. The goal is to provide more access to reputable health videos. YouTube has also fulfilled that mission by propping up professionals who can counteract the medical misinformation available on the platform.

“Video is a particularly effective format for sharing health information in ways that are accessible and digestible not only to a professional audience but to everyone,” said YouTube India Director Ishan John Chatterjee in a statement. “We want to help truly democratize important health information. And, we remain committed to working closely with experts in healthcare and investing in technologies that will enable them to create multilingual content efficiently, to reach audiences at scale.”

Multiple audio tracks are already available on some YouTube videos. The feature got a test run in the U.S. last year and has been popping up on top creator channels. If you click on the settings on MrBeast videos, for example, you’ll see an “audio track” menu that switches between a dozen dubbed languages. In an email to Tubefilter, a YouTube rep said that audio tracks will expand next year.

In India, audio tracks can solve a big problem. YouTube is trying to figure out how to serve the nation’s non-English speaking — or “bharat” — audience. By catering to those oft-ignored viewers, platforms like Josh have been able to become local tech unicorns.

Meanwhile, on YouTube, non-English content is on the rise. The Indian entrants in our latest Global Top 50 ranking include Geeta Gurjar (which has Hindi video titles), KL Bro Biju Rithvik (Malayalam), Gulshan Kalra (Gujarati), and Zee Bangla (Bengali). Thanks to the new audio tracks, it will be easier than ever for Xiaoma to learn all those languages.

The latest Google for India event featured several announcements related to YouTube. In addition to the updated audio tracks, YouTube is also getting an expansion of its educational Courses feature.