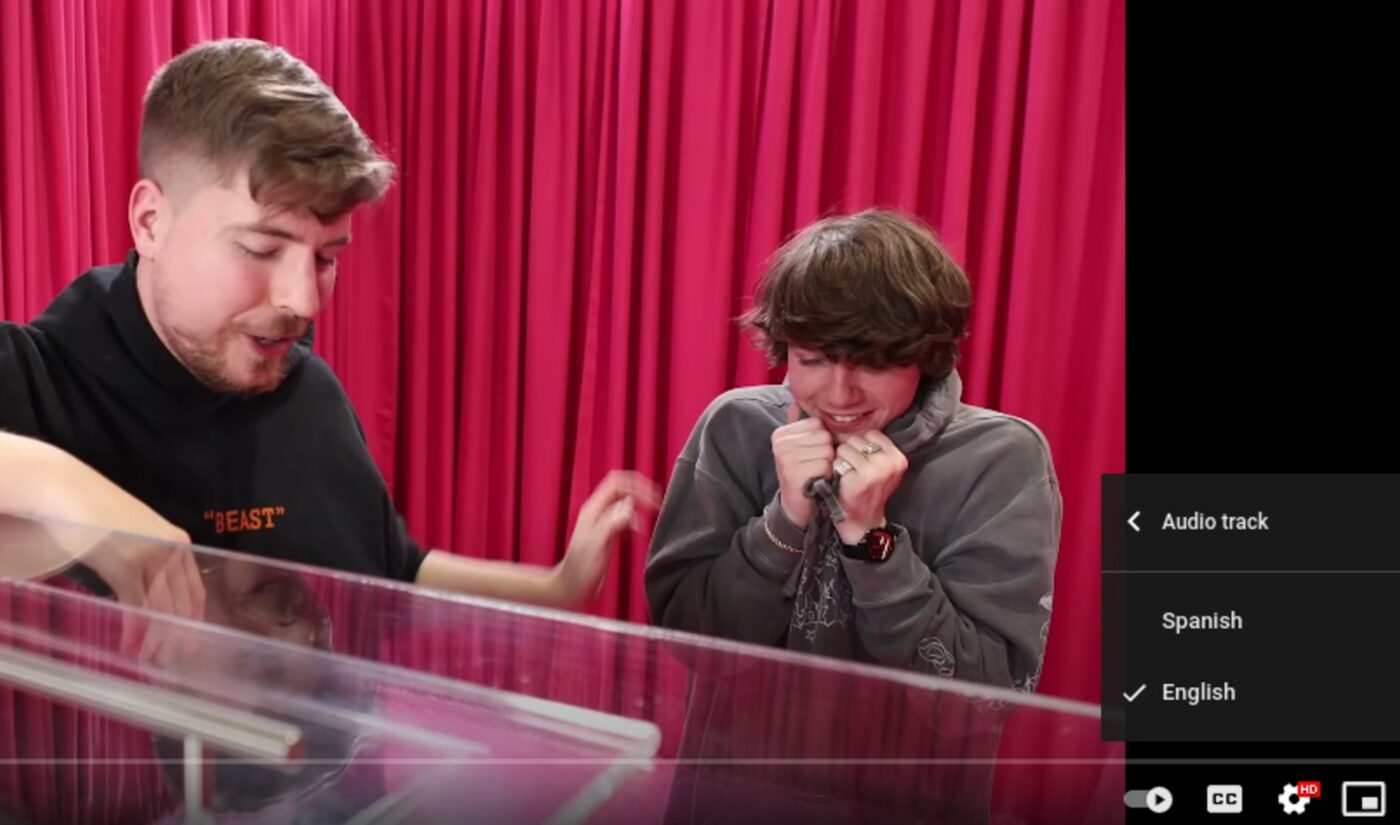 YouTube is testing a new tool that would make videos more seamlessly accessible to users who speak different languages than their favorite creators.

A YouTube spokesperson confirms to Tubefilter that the platform is piloting a new feature among a small group of creators that allows them to upload multiple ‘Audio Tracks‘ to a single video — which viewers can then toggle between.

For creators who are part of the test, an Audio Track option appears in video settings — by tapping the three vertical dots at the top of mobile screens, or by clicking the settings wheel on desktop. From there, viewers can choose between different languages — English or Spanish, for instance — and the video will be dubbed accordingly.

One creator who is a part of the test is Jimmy ‘MrBeast’ Donaldson, who noted on Twitter that his latest video offers a Spanish dubbing option.

YouTube tells Tubefilter that the different Audio Tracks must be uploaded by creators — they’re not furnished by the platform and they’re not autio-generated, in the way that written caption scan be. YouTube did not respond to request for comment about how many languages are currently available. The company says that it is considering rolling out Audio Tracks more broadly pending user feedback.

YouTube says that, on average, two-thirds of a creator’s viewers hail from a different country than their own. To make videos accessible, the platform currently offers two video translation options: the ability for viewers to add their own captions, or to use automatic captions that harness Google’s speech recognition technology. In something of a polarizing move, the company shuttered an option to have captions contributed by community members last September.

That’s cool and all but did you tell the viewers that they can now watch our videos with Spanish dubs?