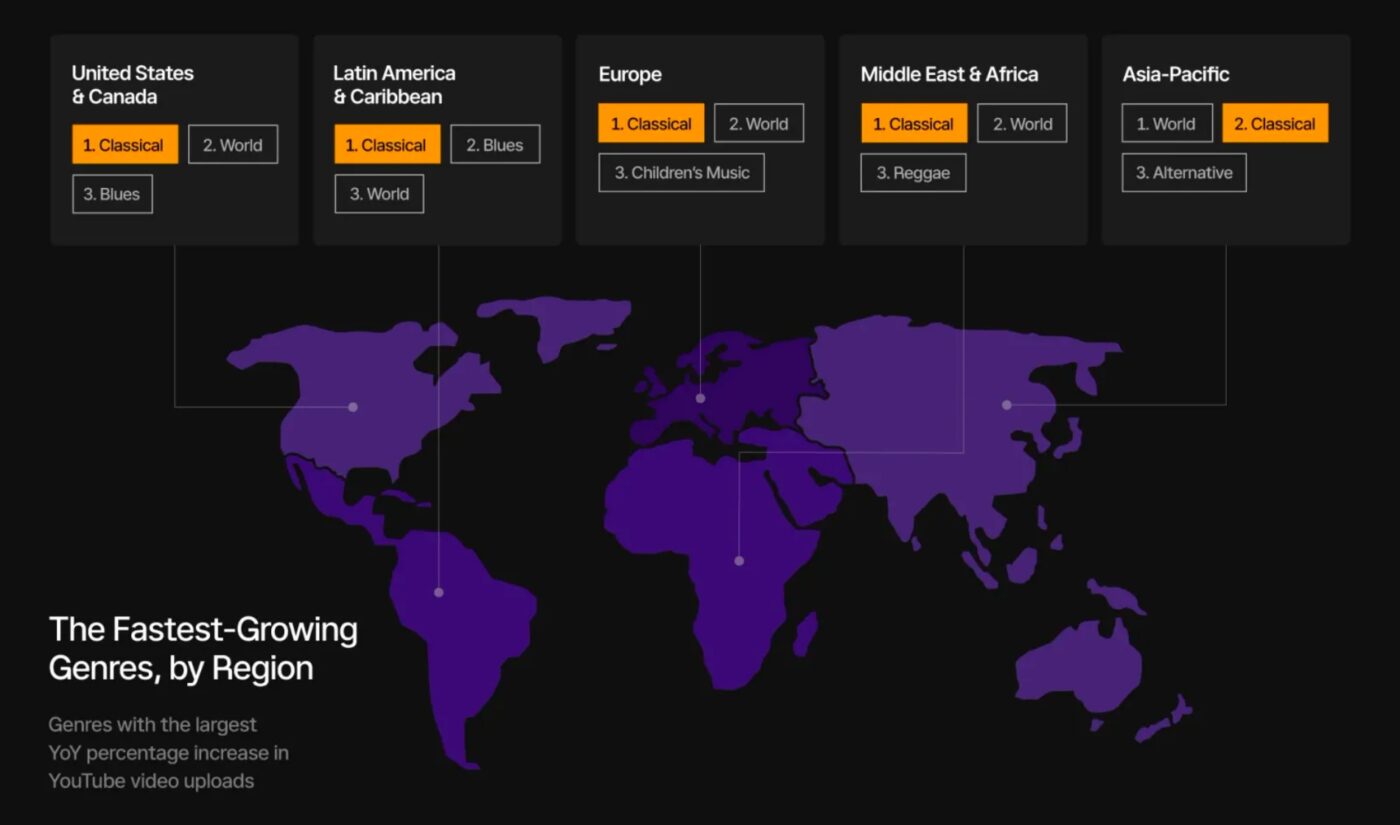 Not all digital creators prefer contemporary beats in the background of their content. An increasing number of them are dusting off old tracks for their new videos. The soundtracker’s end-of-year data reveals that its classical music library has now been streamed more than 200 million times, and those pieces appeared in 90% more YouTube videos than in the previous year.

Those figures are two of the headlines from Epidemic Sound’s report, which pulled out yearly trends from among the 20 million video views that featured its music. One year after raising a $450 million funding round, the Stockholm-based company brought its library of licensed tracks to 14 million videos, which earned 1.5 billion views per day on YouTube. On TikTok, videos with Epidemic Sound audio averaged 11.5 billion monthly views in 2022.

Though electronica, pop, hip hop, and alternative are still the most-common genres chosen by Epidemic Sound users, one of the oldest forms of music on record made a huge comeback in 2022. Classical music downloads rose 64% year-over-year on the Epidemic Sound platform, and those tracks appeared in videos around the world. In 13 of the 15 content categories tracked by Epidemic Sound, classical was the fastest-growing soundtrack choice of 2022.

Cecilia Blomdahl, who uses classical music in her videos, said that the genre is going because it is timeless enough to outlast any contemporary music trends. “The right song is vital in setting the scene,” Bloomdahl said. “Classical music provides a great range of emotions. It can be both melancholic and joyful depending on the footage, so the genre fits really well with the feeling I want to evoke in my videos.”

By releasing an end-of-year statistical breakdown, Epidemic Sound is mirroring the platforms that feature its library of tracks. The 13-year-old company has increased its profile as a production company, and it has released videos that highlight the artists who work with it. The most-used Epidemic Sound artist of 2022, Ooy, appeared in a 2019 short film from YouTuber Peter McKinnon. That collab was put together by the music licenser.

For more information, check out the infographic available on the Epidemic Sound website.