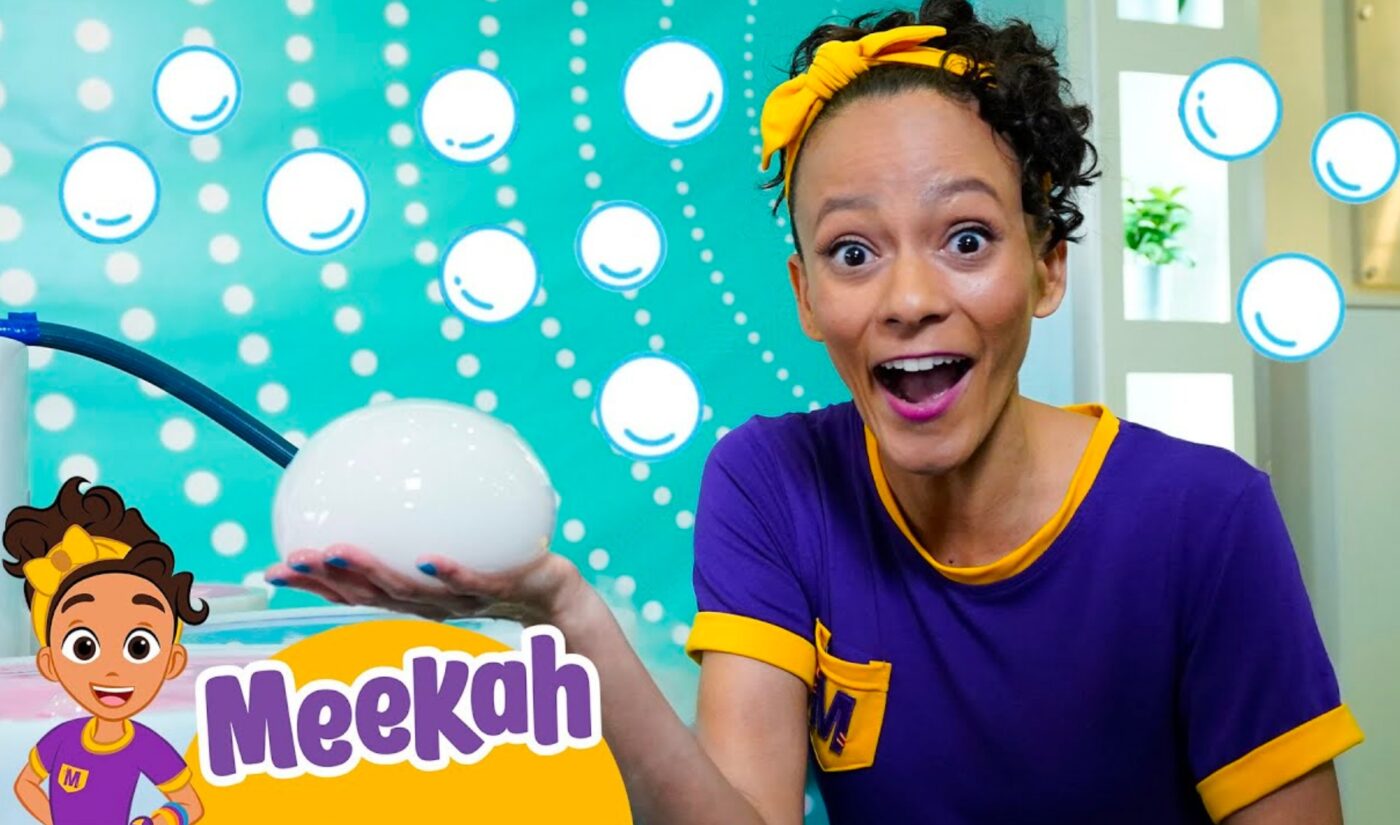 Blippi, the blue-and-orange-clad character portrayed by Stevin John, is getting a new spinoff. Candle Media, which acquired Blippi owner Moonbug last year in a deal worth a reported $3 billion, has announced Meekah. The Netflix show will star the titular character, who first appeared on the Blippi YouTube channel last year.

Meekah is portrayed by Kaitlin Becker, who previously appeared on the Daytime Emmy-nominated programming block Sunny Side Up. Like Blippi, Meekah appeals to preschool-age children. Becker’s character helps those young viewers understand artistic and scientific concepts. In one of the most popular videos on the Meekah YouTube channel, the titular character meets a dinosaur during one of her adventures.

Since splitting off onto her own channel, Meekah has gained about 588,000 subscribers and pulled in more than 258 million lifetime views. Now, Moonbug and Candle Media will see if those numbers can translate onto a new platform. Blippi is already a hit on Netflix, where his epoynmous show attracts millions of toddlers.

The Meekah spinoff will look to add to those numbers when it debuts on the English, Spanish, and Portuguese versions of Netflix on December 1. “Meekah is our first addition to the Blippi universe and she has proven to be an instant hit with fans. In fact, we see a double-digit increase in viewers for episodes that feature Meekah,”Moonbug Managing Director of the Americas Andy Yeatman told The Hollywood Reporter. “This is such an exciting milestone for the Blippi franchise, we can’t wait to see how kids continue to connect with this character on and off screen.”

Candle Media’s plans for Meekah won’t end on Netflix. The media company, which was founded by former Disney execs Kevin Mayer and Tom Staggs, plans to supercharge its acquisitions by spreading them across multiple formats. Since acquiring Moonbug, for example, Candle has helped the kid-friendly company expand its most prized possession. The world-leading channel CoComelon recently inspired a new podcast and a 62-city tour of the U.S.

Meekah will join Blippi on his own upcoming tour, and the derivative character will also get her own musical album and merch, according to THR. It’s going to be a busy year in the Blippi universe, and the brand’s young audience is sure to hang onto every word, song, and lesson.