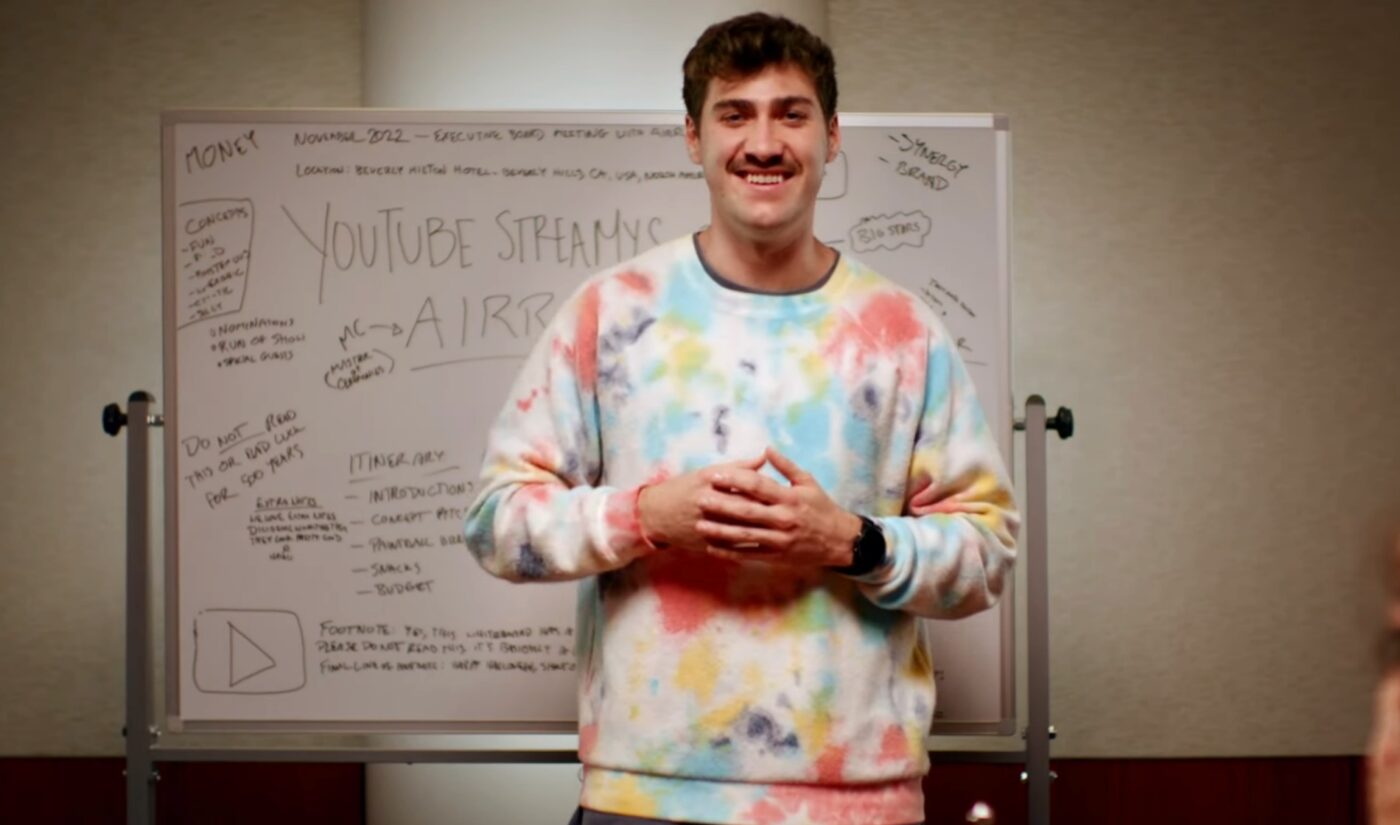 The Streamy Awards are just a few days away. The annual celebration of online video, which is set to return to a live format for the first time in three years, will be emceed by Eric Decker, the creator known online as Airrack.

To build hype, Streamy Award producers dick clark productions and Tubefilter (that’s us!)  have dropped an official trailer. The Streamys preview is set at the Beverly Hilton, which will serve as the show’s venue for the sixth time. The Streamy Awards were last handed out at the Hilton in 2019; in the two following years, the pandemic necessitated a switch to a prerecorded format.

In the new trailer, Decker welcomes Streamy viewers back to the Hilton by sprinting across the hotel. While searching for a meeting with the Streamys team, Decker passes by some of the biggest names in online video, including Anthony Padilla, SeanDoesMagic, and YouTube Shorts viewership king Alan Chikin Chow.

Most of the creators who are featured in the trailer will be up for awards when the Streamys go live at 9 PM ET on December 4. Nominees include Michelle Khare, courtreezy, and the emcee himself. Decker is in the running for Creator of the Year, and he also received nods in the First Person and Editing categories.

Decker’s editing skills won’t help him too much at his upcoming gig. As the trailer notes, “anything could happen” during the first live Streamys broadcast in three years.

If you want to learn what actually happens during the online video industry’s annual award gala, the Streamys YouTube channel will be the place to be on December 4. For the fifth straight year, YouTube will serve as the show’s official broadcast partner.