Snap wants to turn the post-holiday lull into “a unique business opportunity.” Welcome to Q5. 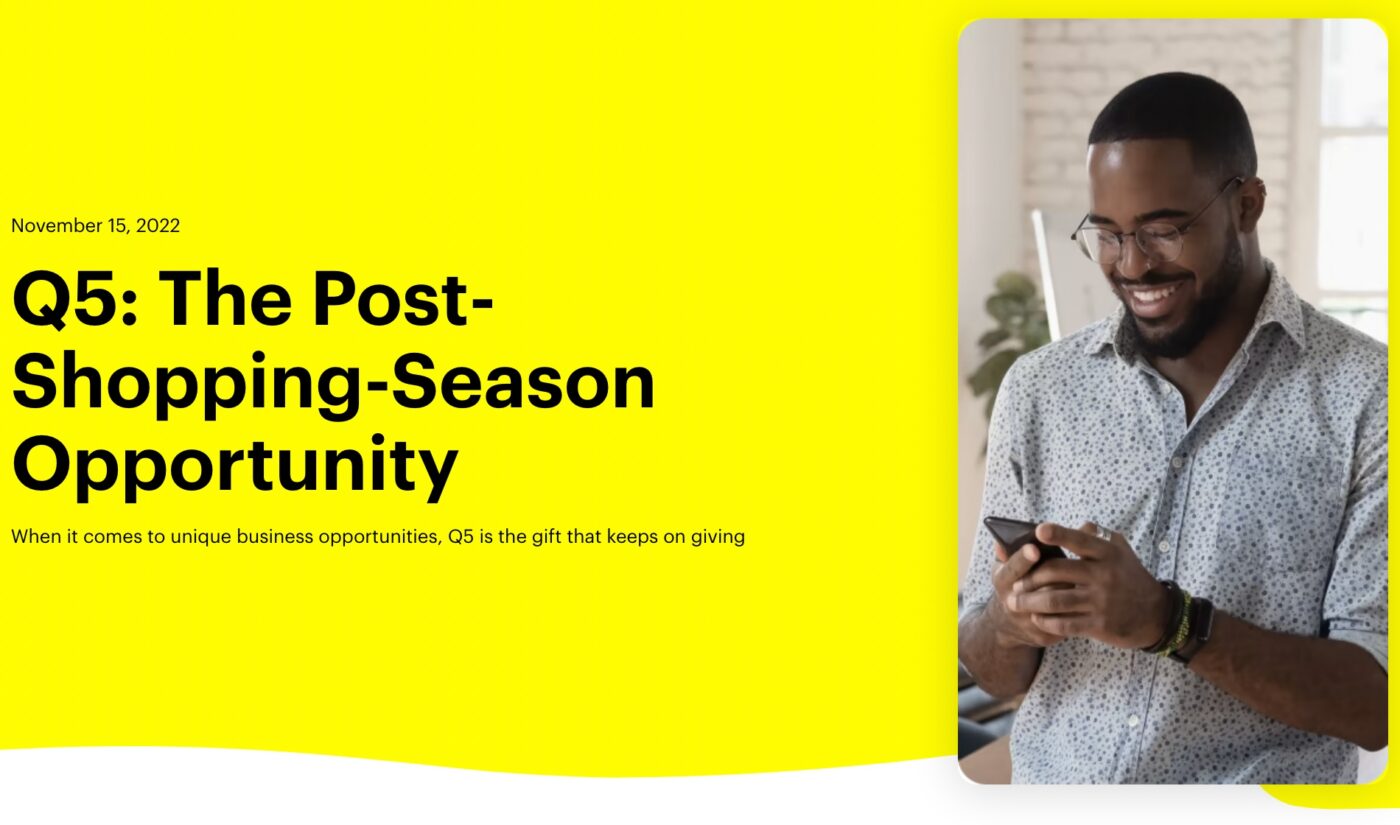 With Thanksgiving and Christmas on the horizon, major brands are looking ahead to the holiday season. One platform, however, is setting its sights further into the future. Snap has shared a report about what it calls “the fifth quarter” — the advertising period that begins in mid-December and ends in late January.

According to Snap, Q5 starts on “the last shipping date before Christmas” and continues until Super Bowl ad spend picks up a few days before February. Brands that choose to run ads during that window will be too late to capture holiday shoppers and too early to reach football fans. In exchange, they’ll be able to take advantage of CPMs that are lower than Black Friday and Super Bowl rates.

At first glance, it may seem as if Snap is trying to make the fifth quarter happen in order to draw more advertisers to inventory that typically takes longer to sell. While that may be the app’s strategy, it is also reminding its partners that shopping habits have changed since the start of the pandemic, and that shift could make Q5 buys more potent than they were in previous years.

“As more and more shoppers are searching for better deals, early and last-minute purchases are expanding the gifting season on either side of the traditional Q4 shopping period,” reads Snap’s post. “This follows the trend from 2021, when more than 1 in 2 consumers said they lowered their expectations for timely shipping, and 95% of merchants adjusted their planning in response to market conditions.”

Even the consumers who complete their holiday shopping early in the season remain glued to their phones. Snap noted that Christmas Day triggers a surge of viewership and app downloads among its users. The brands that advertise to those consumers may be too late to secure conversions, but they can still reach the coveted Gen Z demographic through Snapchat.

If brands heed Snap’s report, the parent company of Snapchat could secure a unique position during a tricky period for the digital ads business. YouTube and TikTok have responded to a global economic downturn by pushing shoppable content that will go live throughout the holiday season.

After experiencing rough seas of its own, can Snap solve its economic woes by waiting out its competitors’ initiatives? That seems to be the app’s plan. Even if the fifth quarter branding doesn’t catch on, Snap can still move some of its less-coveted inventory.