Want to work for creators like Airrack, Jesser, or Sanna? Check out this YouTube-focused job board. 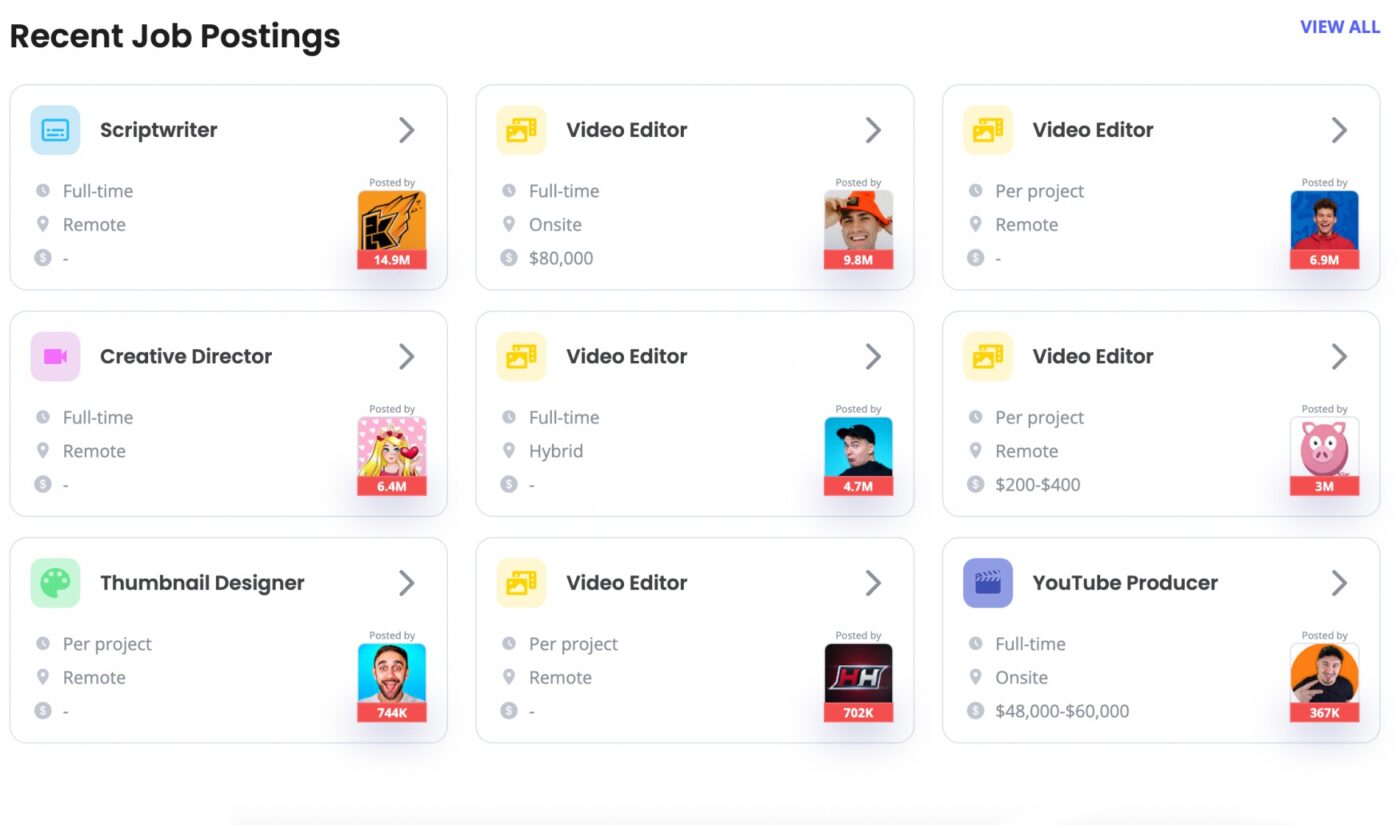 425,000 full-time jobs contributed to the YouTube creator economy in 2021, according to data shared by the platform in July. A new website is looking to add to that total by giving creators a dedicated space for open positions on their teams. Paddy Galloway is the driving force behind YTJobs.co, where some of YouTube’s top stars are hiring help.

Galloway is a YouTube consultant who reaches about 426,000 subscribers by discussing online video trends on his personal channel. Several creators, including photographer Jordan Matter, have relied on Galloway’s services to stimulate growth on their own accounts. “One of the things huge to our channel was Paddy Galloway,” Matter told Tubefilter back in August. “You should watch him if you’re interested in the backend analytics of YouTube. ”

Through YTJobs.co, Galloway has found another way to assist his creative colleagues. The 26-year-old Irishman describes hiring as “most YouTuber’s [sic] biggest problem,” and his new platform attempts to solve that issue by connecting creators with qualified candidates. Online video professionals can fill out a profile on YTJobs.co to list their work experience and qualifications. On Twitter, Galloway said that more than 1,000 job seekers are already using his site.

Want to know what most YouTuber’s biggest problem is? Finding the right people for their teams…

Galloway cited designers, editors, and strategists as three professions that are served by his new job board. The positions currently listed on the platform include roles posted by several top creators. Eric ‘Airrack‘ Decker is hiring an editor, as is prominent YouTube hooper Jesse ‘Jesser‘ Riedel. Sanna, a notable member of YouTube’s Roblox community, is looking for a Creative Director.

Some creators, such as jack-of-all-trades Mike Shake, have already found great candidates on YTJobs.co. Galloway is encouraging other videomakers to post jobs if they want to reach the myriad applicants who are already present on the site.

Meanwhile, Galloway will continue to release videos on his own YouTube channel. He most recently analyzed the numbers behind MrBeast’s 100 million subscriber special.