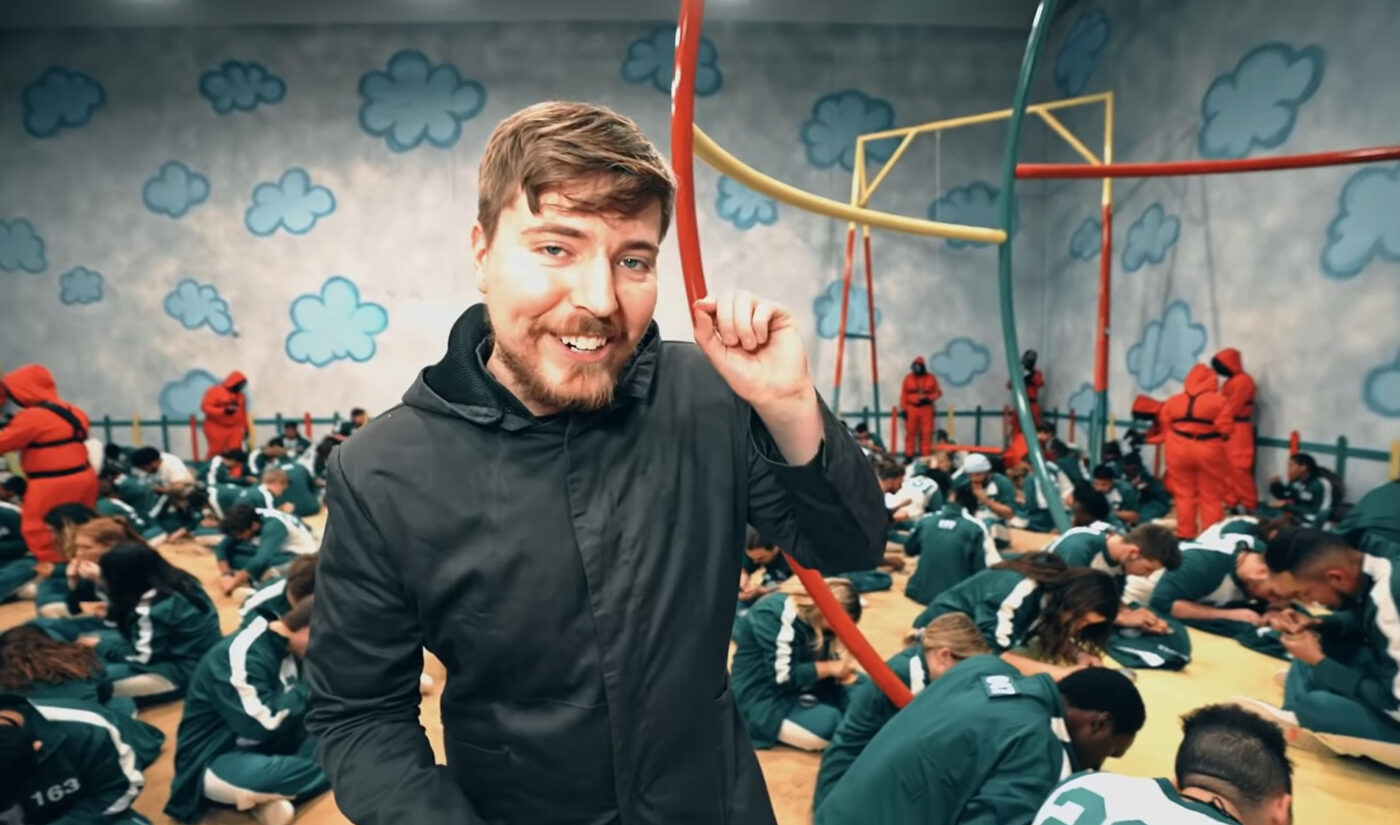 He passed the milestone July 28, with more than one million concurrent viewers watching a livestream of him counting down to the big 1-0-0.

He later tweeted that YouTube “is the one thing that’s always made me happy and I’m grateful I get to do this all day everyday.”

“Also I just want to say that no matter how big I get I’ll never own a mansion, yacht, Lamborghini etc,” he added. “All I want is to make the best videos possible and help as many people as I can while doing it.”

Over a million people celebrated 100,000,000 subscribers with me

YouTube is the one thing that’s always made me happy and I’m grateful I get to do this all day everyday 🙂 pic.twitter.com/eJk5icuoQd

MrBeast—aka Jimmy Donaldson—has been making videos since 2012, when he was 13 years old.

He rose to fame in 2018, first for videos where he gave out large sums of cash to streamers, and then for clips where he splashed money on increasingly ridiculous stunts in support of PewDiePie, who was racing Indian record label T-Series to see who’d become the first YouTube channel ever to hit 100 million subscribers. (It ended up being T-Series, in May 2019. PewDiePie reached 100 million three months later, becoming the first individual YouTuber to do so.)

Donaldson has given away millions of dollars to people in need and winners of challenges like his $456,000 Squid Game recreation and his $500,000 Willy Wonka chocolate factory competition. In 2020, he founded a food bank in his home state of North Carolina that to date has distributed more than 1.2 million meals.

According to YouTube, Donaldson has more than 215 million subscribers total across 18 channels. He plans to celebrate hitting 100 million on his main channel by releasing new merch during a shoppable livestream.

He’s also slated to release “one of his most expensive videos to date” on Aug. 4, YouTube says.